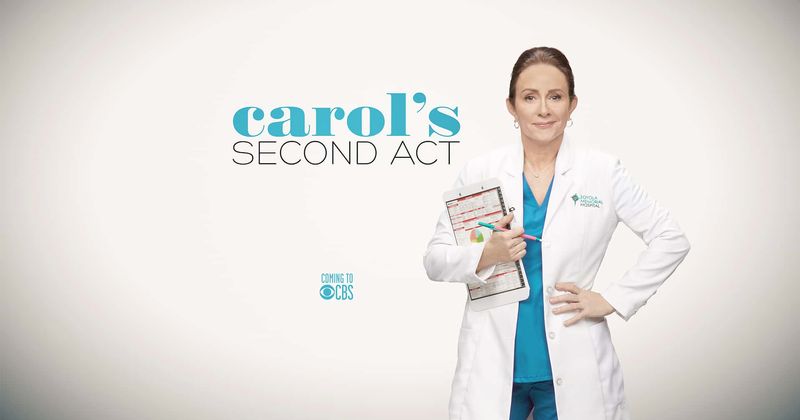 ‘Carol’s Second Act’ is an American sitcom that airs on CBS. It is created by Emily Halpern and Sarah Haskins and revolves around the 50-something Carol Kenney, who after retiring from her teaching job and raising two kids, decides to explore the second phase of her life — pursuing her dream of becoming a doctor. Thus, she starts off as an intern at the Loyola Memorial Hospital.

As far as the future of the show goes, fans should know that CBS extended season 1 run, which proves that the network has confidence in the show and might renew it for a second season.

Carol’s Second Act Cast: Who is in it?

Patricia Heaton leads the cast in the titular character of Carol Kenney. Heaton is best known for her roles in ‘Everybody Loves Raymond’ and ‘The Middle‘. Kyle MacLachlan (‘Sex and the City‘, ‘Desperate Housewives’, ‘How I Met Your Mother‘, and ‘Agents of S.H.I.E.L.D.’) stars as Dr. Stephen Frost, the good-looking, established, and wealthy Senior Attending Physician on the ward. He considers himself to be funnier than he actually is. He is more empathetic than Dr. Maya and immediately is fascinated by Carol.

Ashley Tisdale (‘The Suite Life of Zack & Cody’ and ‘High School Musical‘) is Jenny Kenney, Carol’s daughter with a big heart. She is a pharmaceutical rep, a job best-suited for a beautiful, charismatic woman like her. She supports her mother and possesses a lively, practical, and outgoing demeanor.

Ito Aghayere is Dr. Maya Jacobs, Carol’s and the new interns’ Chief Resident in charge. A strict disciplinarian and a high-achieving professional, she demands complete devotion to the hospital. She does not take a liking to Carol, who is chatty and does not appreciate rules. Jean-Luc Bilodeau is Daniel Kutcher, another intern in Carol’s team. A Harvard graduate, his name has already been featured in The New England Journal of Medicine. Sabrina Jalees is Lexie Gilani, the second member of Carol’s group of interns. And Lucas Neff is Caleb Sommers, the third and final member of the new interns’ team.

Carol’s Second Act Plot: What is it About?

‘Carol’s Second Act’ introduces us to the 50-year-old Carol Kenney, who has recently divorced, successfully raised two children, and retired from her job as a teacher. However, rather than taking a break and relaxing, she wants to start over and embark on the second phase of her journey. She wishes to relive her dream of becoming a doctor. As a result, Carol joins as the oldest medical intern at Loyola Memorial Hospital. This puts her in a tight spot, where she has to adjust with her peers who are almost half her age. However, Carol’s endless enthusiasm, fresh perspective, and positive attitude pave her path toward success.

Television might have made huge strides when it comes to representation and diversity on the small screen. However, there is still scope for a lot of progress. One of the most ignored groups on tv is that of women over 50 and CBS takes a step in this direction by placing a middle-aged woman at the spotlight. Hence, this medical sitcom does manage to leave us intrigued. According to Halpern, “We think this show can be inspirational, aspirational. The show’s co-creator and one of the executive producers further added, “We hope it will be empowering, and we really want to celebrate the idea that a person can start over at any time and also add value to a field at any age.”

Check out the official trailer for season 1 of ‘Carol’s Second Act’ below.