Cash Cab S15: All The Details You Need To Know 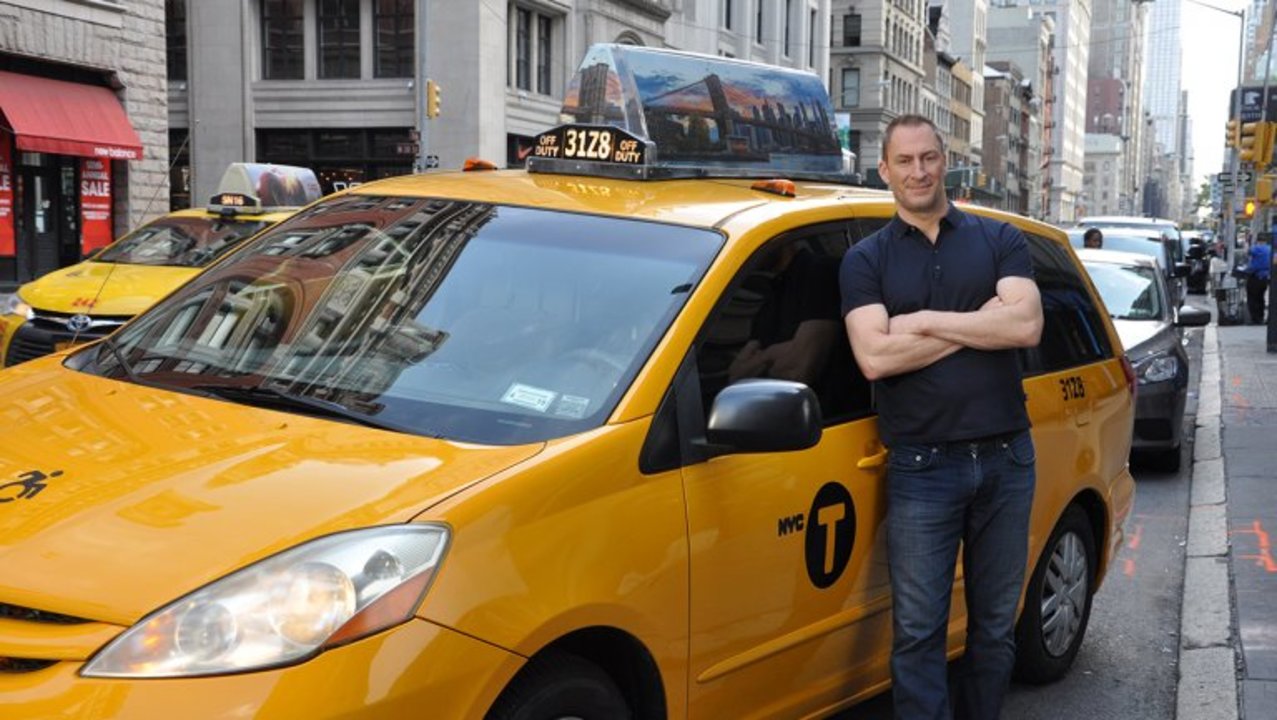 Cash Cab Season 15 Release Date: When Will It Premiere?

As of now, Bravo has not cancelled or renewed ‘Cash Cab’ for another season. But what we do know is, the game show is extremely popular among fans and shows strong promise of spanning several more seasons. And its long run of 14 seasons to date is a testimony of its acceptance by the audience. So, if renewed for a new outing, we expect ‘Cash Cab’ season 15 to premiere toward the end of 2020.

Ben Bailey serves both as the driver and host for all episodes of ‘Cash Cab’. The popular stand-up comedian is also a licensed taxi cab driver and has made appearances on Shovio.com’s ‘TalkBackTV’. He serves as the narrator for Discovery Channel’s series, ‘Smash Lab’.

If the series is renewed for a 15th installment, we expect Bailey to make a comeback and resume his hosting duties.

What Can Cash Cab Season 15 About?

Almost all episodes of ‘Cash Cab’, since its premiere, have been filmed in New York City. However, certain episodes in previous seasons are set in Las Vegas as well. Contestants who step into the taxi are unaware that they have landed inside the cash cab and are a part of the game until they have hired the vehicle. Bailey then informs them about the reality show and briefs them about the rules.

The original format of the show goes somewhat like this. As soon as the person enters the cab and informs the driver of his/her destination, he or she is greeted by the host, accompanied by bright ceiling lights and fanfare music. Now, the contestant is aware that he/she is part of this awesome game. The rules are explained on-camera after the introduction and before asking, “Do you want to play?” The rules firmly imply that after three strikes, the contestant is out of the game.

It is also explained that the cab, during these travel hours, would not be taking detours, unless instructed by a cop, stop sign, traffic light or other legal traffic regulations. There is an option to get off the taxi if passengers don’t wish to participate. However, if they do, they cannot step out until they finish the game or receive three strikes. After the third strike, the participant loses all of his/her winnings and is kicked out of the cab. Once the player leaves the taxi, a camera crew waits at that point to film the departure reactions.

Bravo’s reboot of the show is also based on a similar format. The only difference is that the stakes are much higher. The car is upgraded and the questions are geared more toward pop culture. Each episode comprises three games and starts the moment the passenger steps inside the cash cab. If the participants can answer enough questions, they are guaranteed to win a big sum of money. But three wrong answers and they are kicked out.

Bravo’s format includes two shout-outs – one on social media and the other on the street. In the latter, the participant can ask Bailey to pull over and seek help from a stranger. Those who make up to the destination without being evicted get the chance to pocket all the winnings. Additionally, they can also choose to play a double or nothing video bonus round. Either way, they leave the cab incredibly happy or extremely dejected.

The Emmy Award winner, ‘Cash Cab’ is a much-loved show, primarily because of its fun concept. Even when a rider receives three strikes and is forced to leave the game, he or she is still closer to his/her destination than before. Again, although they might win nothing after the double or nothing round, they still get a free ride to their intended location. If renewed for season 15, the show will stick to Bravo’s revamped format, and might introduce some slight twists to the gameplay.

Check out the first look trailer for season 14 below: