When Will Castle Rock Season 3 Premiere on Hulu? 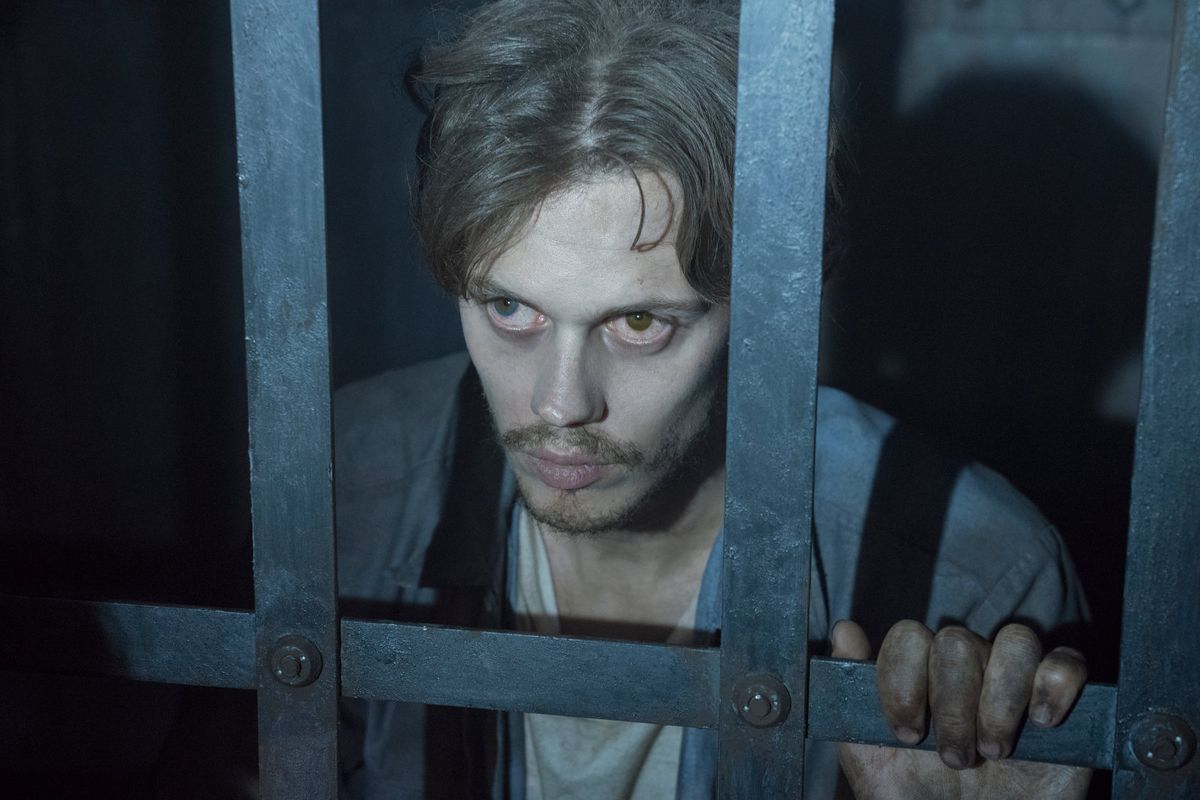 ‘Castle Rock’ is an American psychological horror anthology series that airs on the Hulu network. It first premiered on July 25, 2018. The show attempts to “combine the mythological scale and intimate character storytelling of King’s best-loved works, weaving an epic saga of darkness and light, played out on a few square miles of Maine woodland.” It has been created by Sam Shaw and Dustin Thomason and is based on stories by Stephen King and heavily draws from his novella collection revolving around the town of Castle Rock.

Critics have lauded the series saying it is “A meticulously crafted mystery brimming with allusions, Castle Rock is bound to please even the pickiest of Stephen King fans — though mileage may vary for casual viewers.”

The series has spawned two successful seasons to date. Now fans of the show obviously are eager to know about Castle Rock season 3. So, let’s dive into what we know so far.

Castle Rock Cast: Who is in it?

The cast of the first season of ‘Castle Rock’ is led by Bill Skarsgard, who has appeared as the terrifying human-eating clown in ‘It‘, which has also been adapted from a Stephen King novella. In this show, however, he plays the role of “The Kid” who is an enigmatic prisoner locked up in the Shawshank State Penitentiary. And yes, in case you were wondering, this is the same Shawshank that Andy Dufresne broke out of in ‘Shawshank Redemption‘, one of the finest films ever made, and which is also based on Stephen King’s book ‘Rita Hayworth and Shawshank Redemption’. Apart from him, the other main cast member is Andre Holland of ‘Moonlight’ fame as Henry Matthew Deaver, a criminal attorney who specializes in capital punishment cases.

Melanie Lynskey, best known for playing Rose on ‘Two and a Half Men’, appears as Molly Strand, Henry’s childhood neighbor, who also possesses empathic and telepathic abilities. Jane Levy of ‘Don’t Breathe’ fame appears in the role of Diane “Jackie” Torrance, who is an aspiring writer. In case her surname sounds familiar, that is because she is the niece of Jack Torrance, whose character was played by Jack Nicholson in Stanley Kubrick’s masterful adaptation of King’s work in ‘The Shining‘. Notably, it appears as though Diane takes her uncle’s name to spite her parents. Sissy Spacek appears as Ruth Deaver, Henry’s estranged mother, who struggles with dementia, which often causes her to spill some of the town’s deep dark secrets.

In season 2, Lizzy Caplan appears as Annie Wilkes, who plays the role of a mentally disturbed nurse who gets stuck in Castle Rock. To refresh your memory, Nurse Wilkes appeared as a major antagonist in the acclaimed movie ‘Misery’.

Matthew Alan appears in the role of Chris Merrill, Ace’s brother, and someone who is caught between the Merrills and the Somalis. John Hoogenakker of ‘Jack Ryan‘ fame is cast as someone with complicated links to Nurse Wilkes. Obviously, there are plenty of recurring and guest characters, considering that King’s universe is as exciting as it is intricate.

Creators Dustin and Sam Shaw already said that they know which characters they will explore in season 3. According to Dustin, the future season will continue to connect to King’s “multiverse.” We speculate that at least some A-list actors from King’s multiple onscreen adaptations might grace Castle Rock season 3 in prominent roles.

Castle Rock Plot: What is it about?

‘Castle Rock’ is basically the intertwining tales of the characters who are from the fictional town of Castle Rock. The themes that are prevalent in King’s works make themselves evident in the series. Since it is an anthology series, each season deals with a separate narrative.

The initial season kicks off with the suicide of the warden at Shawshank, which we see at the end of the Morgan Freeman-starring movie. This opens up a closet of skeletons and it appears as though the warden might have been a man of many secrets. The prison is pervasive presence all throughout the series and something sinister always seems to be afoot. When the concerned authorities begin to investigate the circumstances surrounding the warden’s death, they discover that the warden had a secret prisoner underneath the penitentiary and that he was convinced that this man was the devil himself. The prisoner is shifted to a cell but refuses to speak to anyone but Henry. This grabs the attention of the others because Henry staged his own abduction and left town after being accused of his father’s murder. When Henry is brought back to the nightmare town of Castle Rock, things start to go awry as many more secrets begin to spill out, and the lines between the natural and supernatural begin to blur.

In season 2, we see the story of Castle Rock from a different perspective, and the official synopsis describes it, saying “In Season 2, a feud between warring clans comes to a boil when budding psychopath Annie Wilkes (Caplan), Stephen King’s nurse from hell, gets waylaid in Castle Rock.”

The conclusion of season 2 leaves many mysteries hanging and follows Annie Wilkes as she progresses to become the diabolical nurse we meet in ‘Misery’. Additionally, Kid makes a re-entry as a sinister “Angel” who wants to take control of the town. This means that there are still several hidden riddles behind the evil of Castle Rock. When season 3 happens, it will definitely center around more characters who will continue telling the story of the most haunted town in Maine and perhaps, help in deciphering the past of his locale.

What stands out in the show are the numerous easter eggs and winks at other works of King. The fan service paid by the show is akin to what Noah Hawley does for fans of the Coen brothers in ‘Fargo‘. Although ‘Castle Rock’ is not exactly King’s work, some parts of it are bound to hit viewers like a sense of deja vu. While King fans will not be quick to dismiss the show, even those who are not familiar with King’s works will find themselves gradually warming to it. Overall, this series seems to have a bright future ahead.

Castle Rock Season 3 Release Date: When will it premiere?

As far as the next season goes, Hulu has not come up with an official announcement yet. But showrunner Dustin Thomason has already hinted about a possible renewal, saying, “The plan was always to have an interconnected set of stories and, while every season would be its own launching point, there would be this fabric of Stephen’s multiverse, if you will, that always bubbled beneath it, and a unity to the stories that existed. When we get to Season 3, I hope that there will a continuation of what we’ve done in [Season 2] and an expansion, and the audience will start to feel that there was a plan from the beginning.”

So let’s wait until Hulu comes up with an official announcement. However, if things do fall in place and move according to Thomason’s “plan”, ‘Castle Rock’ season 3 will most likely premiere sometime in October 2020.

While we wait for an update on season 3, check out the season 2 trailer to refresh your memories. If you haven’t seen the show yet head over to Hulu to catch all the episodes of the previous seasons.