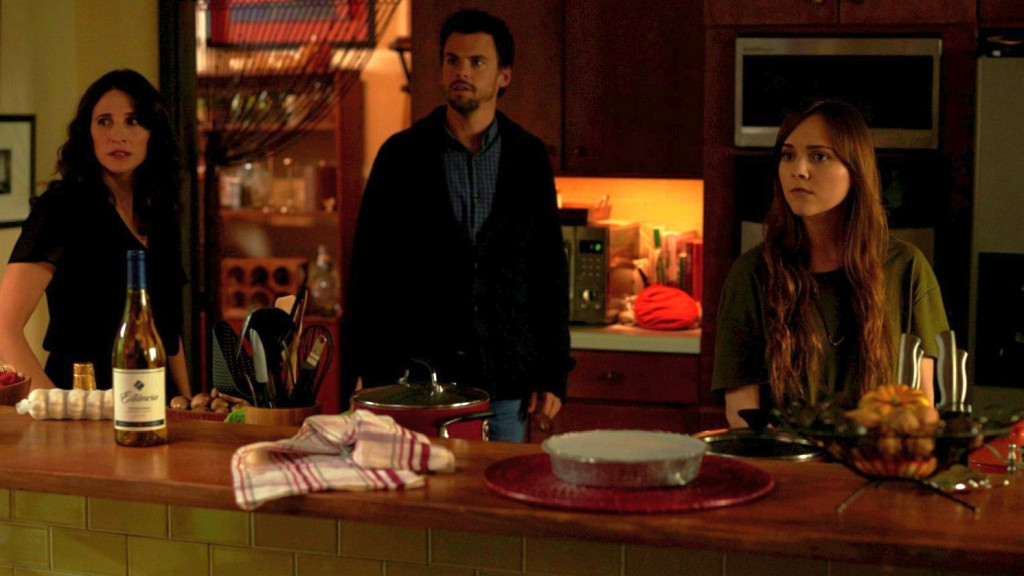 ‘Casual’ is an American comedy-drama series that airs on Hulu and first premiered on October 7, 2015. The show has been created by Zander Lehmann, and while this is his most recognizable work, his first big break came during his work on ‘The Shannara Chronicles‘. Jason Reitman, famous for films like ‘Juno‘ and ‘Up in the Air’, is one of the co-executive producers, along with Helen Estabrook, famous for having produced ‘Whiplash‘.

The premise of ‘Casual’ is basically about a newly divorced mother, who along with her daughter, moves in to begin living with her brother. The series is heartfelt, and the degree of reality is apparent because Lehmann confessed that he based a lot of the show on his personal experiences with his younger sister. The siblings lived together for three years during the time their parents were getting divorced, and she also began dating his best friend back then. This relationship dynamic helped Lehmann in structuring the show.

The series has received praise from critics, who said, “Jason Reitman’s ‘Casual’ is a funny – albeit very specific – look at modern dating, sharpened by edgy dialogue and self-assured performances.”

Casual Cast: Who is in it?

The cast of ‘Casual’ is led by Michaela Watkins, who plays the part of Valerie, a successful therapist who divorces her husband after she finds him with a younger woman. Tommy Dewey appears as her younger brother Alex, who also happens to be the co-founder of Snooger, a popular dating site. Tara Lynne Barr plays Laura, Valerie’s teenage daughter while Nyasha Hatendi appears as Leon, a man Valerie has a one night stand with, and whom Alex befriends. Julie Berman of ‘General Hospital‘ fame is seen as Leia, Valerie’s assistant.

There are several recurring cast members who are either part of Valerie, Alex, or Laura’s lives. There are, of course, the parents, Valerie’s ex-husband, and some of her romantic interests. Laura has her share of loves as well, and there are people who work at Alex’s company. Overall, these characters help capture the comic essence of the show.

Casual Plot: What is it about?

‘Casual’ follows a single brother and a divorced sister who live together under one roof, as the siblings attempt to guide each other through the crazy world of dating, and between the two of them, they also try and raise the sister’s teenage daughter.

When we are introduced to the show, we see Valerie enter single life again after going through a divorce. Alex boasts that his dating app sets him up with whoever he desires, and Valerie’s teenage daughter, Laura, begins to have a crush on her teacher. This is a modern tale of people looking for love, and mostly sex, in the world, and the tone is accordingly cynical, which is almost reminiscent of Reitman’s ‘Thank You For Smoking’.

There is also a deep misanthropic streak in the characters that the showrunner has envisioned, and this is evident in several scenes, as the three main people do not hold back from judging others. In its own nuanced way, the show manages to tackle big issues like death, divorce but also excels at showing the everyday activities of life in a somewhat comic manner. Among all the characters, Laura is perhaps the most interesting as television lacks female characters who are allowed to have sex without judgment. This degree of openness marks it as one of Hulu’s finest original projects, apart from ‘The Handmaid’s Tale‘, of course.

In the last season of the show, we see a time jump, and this allows the showrunner to skip over some dicey details, and instead move towards a proper resolution where we see that all the characters are where they need to be. Lehmann addressed this, saying, “We didn’t have to spend time answering the things that we thought would be less satisfying. So we started with this premise: We’re jumping into the future, we’ll answer some questions, we’ll leave somethings unexplained and we’ll assume that in the four years that have passed, some of the wounds have been healed, these characters are kind of okay with each other.” All this indicates that this is the final season of the show, and though we feel that a good thing was pulled away from us too soon, perhaps Hulu’s wiseness lies in knowing when to end a series for maximum impact.

Casual Season 5 Release Date: When will it premiere?

‘Casual’ Season 4 premiered on July 31, 2018. Hulu had announced beforehand, on October 19, 2017, that this season would be the final one. Thus the show stands cancelled for now. However, in today’s day and age, the show might be picked up later, though, the conclusion was a befitting and satisfying one that was heralded by critics and audience alike.

Lehmann, the showrunner, addressed this, saying “Showing that the characters had grown some was important to us. In the first couple of seasons, they oscillate between growth and no-growth, and I wanted to send them off properly where they seemed like they were in a better place, and good with each other. And, honestly, I wanted kind of a happy ending”.

If by some miracle, the show is brought to life again, we will be the first one to let you know about ‘Casual’ Season 5 release date.

You can check out the trailer for ‘Casual’ season 4 below. If you have not seen the show, you are definitely missing out.