When Will Catfish Season 8 Premiere on MTV? 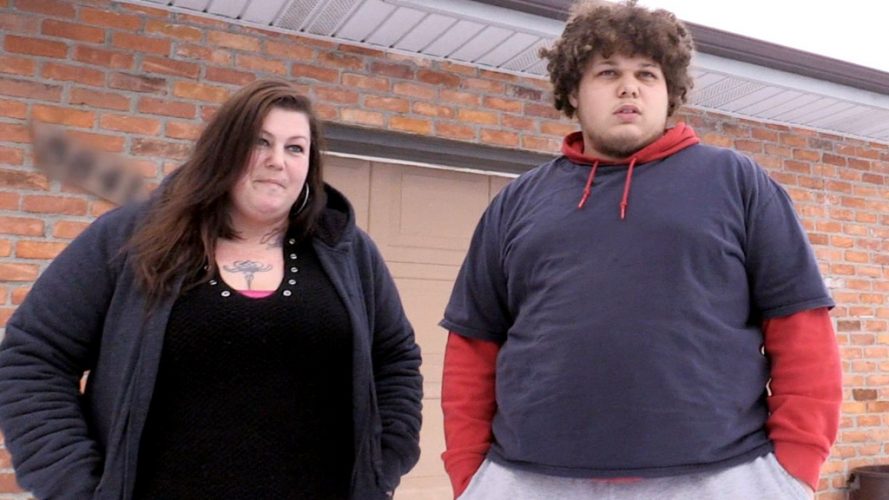 ‘Catfish: The TV Show’ is an American reality documentary series that airs on MTV. It first premiered on November 12, 2012. It has been developed for television by Ariel Schulman, Nev Schulman, and Max Joseph. The series is based on the 2010 film ‘Catfish’ by Henry Joost and Ariel Schulman.

The premise of this show revolves around the probes on the most recent, and the most twentieth-century school of fraud: catfishing. It is one of the rare examples of a show which truly recapitulates the suave modern highwayman, conmen whose semblance is all the more effective, thanks to the internet. Spread evenly across more than a hundred episodes over its multi-season run, the show explores instances of catfishing one episode apiece.

However, ‘Catfish: The TV Show’ is no cautionary tale of falling prey to a dissembler on the internet, nor is it a documentary. Instead, Nev Schulman and Co. work as a detective agency, analyzing and determining the identity of the lovers of their clients – or whether they are being catfished at all.

Naturally, this genre holds a degree of intrigue and it remains to be seen if there is any reconciliation possible between the person being catfished and the catfish. This structure of the series draws quite a strong viewer base, and in critics have praised the show as well, saying that these are not just tales of deception but there are some true love stories hidden in there as well, and it the show is more about two people making a connection than it is about a person being conned.

After spanning seven remarkable seasons, Catfish has been renewed for yet another installment. Here’s all we know about Catfish season 8.

Who are the hosts of Catfish?

The heart of the show is, of course, Nev Schulman and his brother Ariel Schulman. The third part of the triad was Max Joseph, an experienced director, who co-hosted the show next to Nev. However, Joseph left the show in the middle of season 7 having taken his exit from the crew, which he officially announced on Twitter. His last episode aired on August 29, 2018.

The mantle and the limelight for the next season, therefore, falls on Nev. While a new co-host with experience on the subject would spice up the show more, it is unlikely that a replacement host will be topping Nev and Joseph’s chemistry. Apart from that, the people on the show itself vary over the seasons and the episodes.

While the show is presented in a manner where the hopeful person initiates contact with the network and leads to the investigation into whether they are being catfished, some reports have suggested that it is actually the catfish who contacts the network.

Nev explained this in an interview, saying, “A lot of the stories that we get come from the catfish side of things. People who feel so terrible […] that they’ve been lying to a friend or a lover on the internet for a long time. They want to come clean, but they fear if they simply told the truth, the other person would […] be very upset that they’ve been lied to and deceived, and likely discard them. And so they’re hopeful that by coming on the show […] maybe we can facilitate some kind of amicable exchange, that they can be heard, explain themselves in a more objective and non-judgmental way.”

What is Catfish about?

Put simply; catfishing is taking up a fake identity on the internet for using towards ulterior ends – frequently for online love escapades. The idea of the show derives from the 2010 docu-film of the same name, also starring Nev Schulman, where after a nine-month-long online romantic correspondence, it is gradually revealed that Nev is being catfished. With the show, Nev and his co-hosts turn their experience around, working for ‘hopefuls’, i.e. working as PIs for clients who wish to find out their online lover’s true identity after finding reasonable grounds to doubt it.

Nev explained their motivations in an interview, saying, “Whether or not two people are totally lying to each other and it turns out to be a huge disaster, that’s only the first part of the story. We then want to know why they are doing it, who they are, what they are feeling, what led them to this place, and why that resonates with thousands of other young people who have the same feelings, who don’t have someone to talk to or don’t know how to express themselves.”

In a way, the show addresses a deeper problem of how we create online versions of ourselves which are different from how we are in real life. This series also explores that while some details, glaring ones even, might be fabricated, a lot of times the emotions exchanged and the connections built are genuine.

The upcoming season promises to take viewers on an even wilder ride. It has a slightly different format, with the victim being replaced by their concerned friend or relative and contacting Nev. In the premiere episode, we meet Red, who is frustrated and wants to track down Jalissa — who always ditches plans of meeting up. Nev and Kamie take up the case in order to expose Jalissa’s true colors. Well, get ready for a bumpy ride with this one!

Catfish Season 8 Release Date: When will it premiere?

Check out the first look trailer for season 8 below: