Will There be a Catherine the Great Season 2 on HBO? 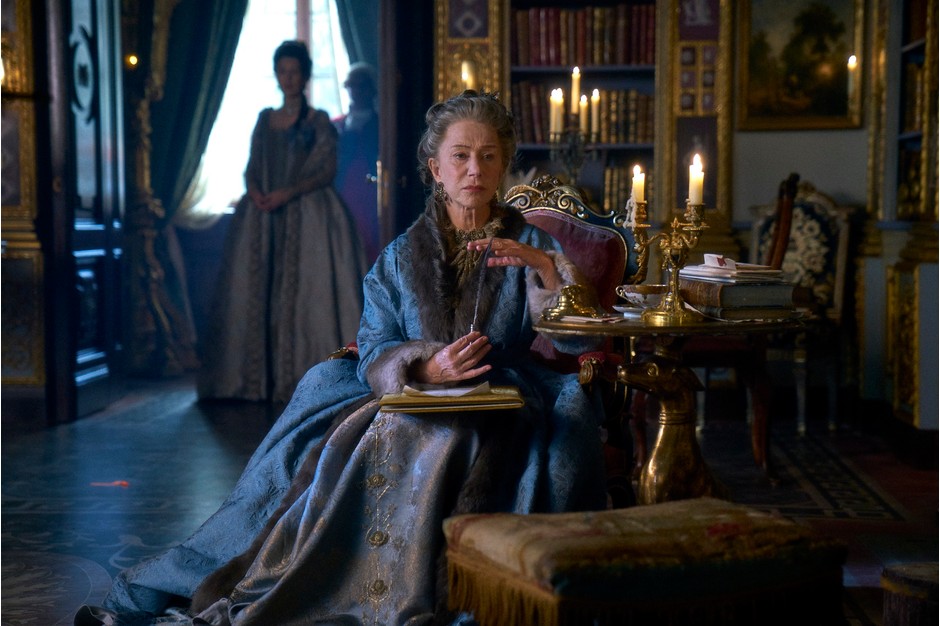 Catherine II, popularly referred to in history as Catherine the Great, was born as Princess Sophie to a ruling family in Germany. She was married to her second cousin, Peter III, who was then the chosen heir to the Russian throne. By the time she was 15, she arrived at the Russian court, and when she turned 16, she converted to the Russian Orthodox Church and married Peter. However, her wedded bliss with her new husband was short-lived. Just after six months, Catherine staged a military coup, got Peter murdered, and ascended the throne to become Russia’s empress.

During her rule, she introduced multiple government reforms which led to Russia being recognized as one of the prominent powers in Europe. The Catherinian Era (1762-1796) was termed as the Golden Age of Russia, when the queen worked toward developing arts, sciences, and higher education and administering vaccines. However, one of the greatest controversies of the empress was that she had innumerable lovers, including a sensational romance with Russian military leader, Grigory Potemkin.

Documenting Catherine’s life is ‘Catherine the Great’, a British-American miniseries that originally aired on Sky Atlantic in the UK. Written by Nigel Williams and directed by Philip Martin, the historical drama was later picked up by HBO to be broadcast for its US audience.

The first season of the show was well-received. Now, the question is: will there be a ‘Catherine the Great’ season 2? We will delve into that question, but first let’s quickly look into the details of the series.

Catherine the Great Cast: Who is in it?

Helen Mirren leads the cast in the titular role of Catherine the Great. The Oscar-winning actress has many projects in her name, the most notable of them being ‘Prime Suspect’, ‘Elizabeth I’, ‘The Queen’, ‘The Madness of King George’, ‘Gosford Park’, and ‘The Last Station’. Mirren shared her excitement about the show, saying, “I am very excited by the possibility of embodying a woman from history who grabbed and then wielded great power. She rewrote the rules of governance by a woman, and succeeded to the extent of having the word Great attached to her name, Catherine the Great.”

Richard Roxburgh (‘Moulin Rouge‘) is Grigory Orlov, a favorite nobleman of Catherine who was the father to her son and co-ruled alongside her until his fall. Orlov was one of the queen’s former lovers who had helped her in orchestrating the military coup that killed her husband, thereby securing her ascent to the throne.

Catherine the Great Plot: What is it about?

‘Catherine the Great’ explores the political, personal, and sexually charged life of Empress Catherine, who ruled Russia during the 18th century. Catherine was a powerful monarch, changed the course of Russian history, and did not heed to sexual limitations. She was well-read, brilliant, headstrong, and fiercely independent — an ideal definition of a modern woman from that era.

One of the story’s major subplots is Catherine’s tumultuous relationship with Grigory Potemkin, who grew to become one of the queen’s favorite noblemen as they shared the same love for sex, romance, intrigue, war, and power. Potemkin held one of the riskiest positions in court because he was ambitious and yet loved a woman who was famous for slaughtering people who would get too close to power or her throne. ‘Catherine the Great’ chronicles this passionate love affair while following the empress’ life towards the end of her reign.

Amid scandal, intrigue and immense conflict, this is a story of obsessive love. Unable to publicly marry and famously promiscuous, Catherine and Grigory develop a unique and devoted relationship, overcoming their adversaries and together shaping Russia as we know it today.

‘Catherine the Great’ is an opulent period drama and nothing about any of its scenes is subtle. Everything is portrayed in shades of lavish extravaganza — a decision that seems apt considering it is set in a period that is defined as Russia’s Golden Age.

‘Catherine the Great’ season 1 premiered in the UK on Sky Atlantic on October 3, 2019, following an announcement on August 28, 2019. The miniseries started airing in the US on HBO on October 21, 2019. Its entire run for season 1 comprised of four episodes.

As far as the next season goes, there’s disappointing news for the fans. The show was always conceived as a miniseries, so it is highly likely that it will get renewed for another season. For all practical purposes, ‘Catherine the Great’ season 2 is most likely cancelled.

You can check out the official trailer for ‘Catherine the Great’ season 1 below.