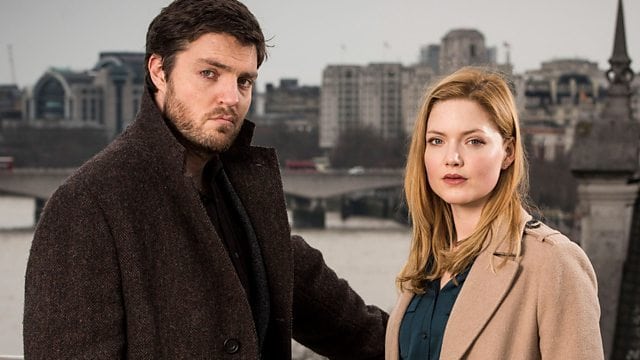 J.K. Rowling is not a name that is unheard of. If you are alive in this era, you will know of her as the writer of the famous Harry Potter series which has millions of readers and followers from across the globe and is indeed the greatest work of fantasy literature of our times. The television series ‘Strike’ is based on the books that Rowling wrote under the pseudonym of Robert Galbraith. The books which have been made into the series include ‘The Cuckoo’s Calling’, ‘The Silkworm’, and ‘Career of Evil’.

‘Strike’ follows the story of Cormoran Strike, a war veteran who takes up the job of a private investigator operating out of a small office on Denmark Street in London. He uses his unique insight and background as a former investigator for the Special Investigation Branch or SIB to solve the complex cases that seem to elude the police.

The fact that the show is based on Rowling’s works, not to mention that detective stories are always more interesting, have been contributing factors in securing a large fan following for this series over the seasons. Critics too have lauded it, saying, “The TV adaptation of C.B. Strike delivers an entertaining detective series that faithfully and effectively adheres to genre tropes”.

It is not easy to portray with such excellence the stories that are penned by the creative J.K. Rowling. The talented cast of ‘C.B. Strike’ consists of Tom Burke as Cormoran Strike, the detective, as well as Holliday Grainger as Robin Ellacott, the sidekick. Kerr Logan plays the role of Matthew Cunliffe, Robin’s fiance. Other than this, the recurring cast consists of Ben Crompton as “Shanker,” Natasha O’Keeffe as Charlotte Campbell and Killian Scott as D.I. Eric Wardle. The guest cast obviously changes over the seasons since they each tackle a new case.

In season 3, we are likely to see the main cast return and perhaps we will get to see some new characters as well, as Cormoran Strike sets off to solve another case.

C.B. Strike Plot: What is it about?

‘C.B. Strike’ revolves around a war veteran who is Cormoran Strike. At present, he works as a private detective who has a small office to himself in London’s Denmark Street. He can solve complex problems because of his background as a Special Investigation Branch officer. He is faced with cases that the police is unable to solve. He has also been regarded to have a unique power of insight, a deep understanding of situations as well as keen observation skills. This is what helps him to be able to solve cases as soon as he can.

However, the show might be presented well, and the acting too is great, but the overall experience as a viewer is a tedious one. The protagonist is rather as a hard-boiled detective. He is an alcoholic and an anti-social with a traumatic past. Robin, his sidekick, is bright-eyed, and optimistic, contrasting their characters. There are some points like him being an amputee, having a rock star father, or the military service, that tries to add some character depth, but fails.

The Hollywood Reporter sums up the show saying, “The phrase that recurred in my mind as I watched C.B. Strike was “not enough”: not enough plot, not enough characterization, not enough suspense, not enough of its own DNA. But the pang of “not enough” was most keen when it came to the scenes between Burke and his co-star Holliday Grainger, who faultlessly embodies the earnest, thrill-seeking Robin.” One is bound to agree with them, as the series does not come across as too compelling, they repel emotional investment in them, and the whodunnits try to be lurid, but are rather uninvolving. Characters cannot retain our interest, and this makes it all the more difficult to craft a mystery.

Hopefully, in season 3, we will see some changes and a better crafted and paced narrative. For those unaware, the new season will be based on ‘Lethal White’ the latest of Rowling’s additions to her series. It is also the longest story in the series so we should be expecting a more fleshed out plot. Deadline has described the new plot, saying, “The new season follows Billy, a troubled young man who comes to private eye Cormoran Strike’s office to ask for his help investigating a crime he thinks he witnessed as a child and Strike is left deeply unsettled. While Billy is obviously mentally distressed and cannot remember many concrete details, there is something sincere about him and his story. Strike and Robin set off on a twisting trail that leads them through the backstreets of London, into a secretive inner sanctum within Parliament and to a beautiful but sinister manor house deep in the countryside.”

C.B. Strike Season 3 Release Date: When will it premiere?

‘C.B. Strike’ Season 2 premiered on February 25, 2018. The show was renewed in October 2018, which is not surprising, since Rowling released the new book on September 18, 2018. The show makers had asserted earlier that they would not move ahead with the story in the absence of a book since it was about Rowling’s writing and her characters. Thus, now that the new book is out, the new season has also been confirmed and ‘C.B. Strike’ Season 3 could release sometime in February, 2020. However, do stay tuned for an official update on the release date.

While we wait for ‘C.B. Strike’ Season 3 to release, you can check out the season 1 trailer below.