When Will Chad Loves Michelle Season 2 Premiere on OWN? 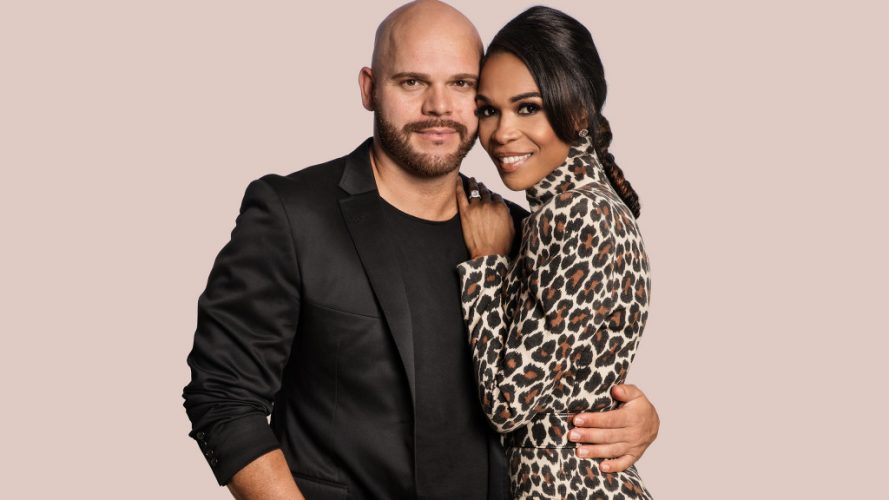 A reality-based, behind-the-scenes format docuseries, ‘Chad Loves Michelle’ takes an honest and candid look at the journey from engagement to marriage between singer Michelle Williams, of Destiny’s Child, with Sports Chaplain Chad Johnson.

Produced by Relevé Entertainment and Invent TV, ‘Chad Loves Michelle’ follows the couple who have been together for a year but have not managed to be in the same city, together, above a week in all this time. Once engaged, the couple goes into intensive pre-marital counseling and begins the process of relocating to a joint home in Los Angeles.

However, they do not share a bedroom, as they have decided to wait until they are married. This OWN reality series is an unscripted show that is part of the network’s extremely successful Saturday night programming.

The first season of the show was well-received. Now, the question arises: will there be a ‘Chad Loves Michelle’ season 2? We will delve into that question, but first let’s quickly look into the details of the series.

Chad Loves Michelle revolves around Tenitra Michelle Williams, the American singer, known mostly as a member of the R&B girl-group Destiny’s Child, also comprising of Beyoncé and Kelly Rowland. It is easily one of the best-selling female groups of all time. After the disbanding of the group, each of the three artists went on having a successful career in the music industry.

In July 2017, Williams reportedly started dating pastor and professional sports chaplain, Chad Johnson. On April 19, 2018, they announced their engagement via People Magazine. Around September 2018, the couple disclosed their plans on making a TV series that would showcase the road from engagement to marriage.

The show follows the duo as they travel the sometimes rocky, sometimes rosy road from their engagement to their wedding. The show is part of the OWN initiative to bring viewers real and honest stories that resonate with their own lives, featuring passionate relationships and showcasing the very human desire to keep love alive.

Chad Loves Michelle features the love life of its lead stars, going through premarital counseling together, to help build a beautiful married life – as Chad nurses Michelle, after her visit to a hospital due to depression.

They wanted to film as they travel, hand in hand towards their marriage, after being engaged; but unfortunately and dishearteningly, they decide on breaking up. Both of them, however, said that the project only brought them closer. They felt deeply accountable for each other; Johnson said, “We’ve had to show up to do our counseling sessions and the filming of it and be present. We have to be invested in this, not for TV but for one another.”

Chad Loves Michelle is produced by Kristen V. Carter, Alexis R. Frank, Caitlin Kazepis and Matt Pagourgis. The couple is deeply motivational and the series is filled with moments of inspiration.

What is Chad Loves Michelle about?

‘Chad Loves Michelle’ follows and examines the challenges the couple face in their path to marriage, aided by their faith and unwavering values, as they face down real issues in their everyday lives — issues that include Michelle’s high-profile battle with mental health, and the lessons they learn from the pre-marital counseling sessions that bond them stronger together.

‘Chad Loves Michelle’ progresses from “Save the Date”, in which Michelle Williams and Chad Johnson are shown at the beginning of their journey, about to start planning their dream wedding. However, Michelle soon checks herself into a hospital for depression, turning their road to the altar from a cakewalk to one that is fraught with obstacles. “Fish Out of Water” sees Chad and Michelle take a trip to his Colorado hometown to meet his family, in a bid to rebuild their relationship. Michelle is worried that she may not fit in, and complications arise in the form of a dispute over race.

“Family Matters” sees Chad’s sister visiting Los Angeles with her baby, giving Chad the chance to play the fun uncle. In the meantime, Michelle tries to resolve some of the tension between her and her future sister-in-law. During his therapy session, Chad ends up confronting some troubling memories from his childhood. In “Nurse Chad”, a tense couple’s therapy session brings to fore Chad’s current and future role in both their relationship and Michelle’s self-care. In “One Last Twerk”, the couple travels to South Carolina over a weekend to catch up with friends and attend certain ministry events.

“Let’s Talk About Sex, Maybe” sees the couple participating in their penultimate counseling session with Dr. Thema. A wedding date seems farther than ever when the session’s “Sex and Intimacy” theme throws them off balance. Matters are not helped by an awkward visit by their mothers. In the final episode of the season, “To Be or Not to Be”, the couple preaches together at a local church, and Chad finally seems to be ready to set a date. However, as plans proceed, someone who is quite close to the couple casts serious doubts on the impending marriage, and the audience is left unsure of whether or not it will ultimately even happen.

Chad Loves Michelle Season 2 Release Date: When will it premiere?

‘Chad Loves Michelle’ Season 1 premiered on November 3, 2018, on OWN, and the season finale was released on December 22 of the same year. Recent relationship updates from Michelle Williams and Chad Johnson confirm the couple has split up and their engagement is over.

Chad and Michelle actually broke off their engagement twice. She told a magazine that they kept working on their relationship after the first split, but ultimately, Williams called it off again, drove herself to an L.A. area hospital, and checked into a treatment facility. Johnson, for his part, has been silent on social media since the break-up.

As far as the next season goes, we don’t have an official announcement yet. The series supposedly was not meant to continue for seasons, and now that Michelle and Chad have broken up, it seems that it will not be followed on with further seasons.

But it would be a brilliant opportunity for OWN to gain back on popularity if they follow up the season, with perhaps another celebrity couple looking up for marriage. However, in such a case, the title would have to change. And if renewed (maybe, as a spinoff or under a new name) ‘Chad Loves Michelle’ season 2 will most likely premiere sometime in November 2020. We will update this section as soon as we hear more.

Check out the Season 1 trailer below to get an idea about the show.