Chad Season 2: Everything We Know 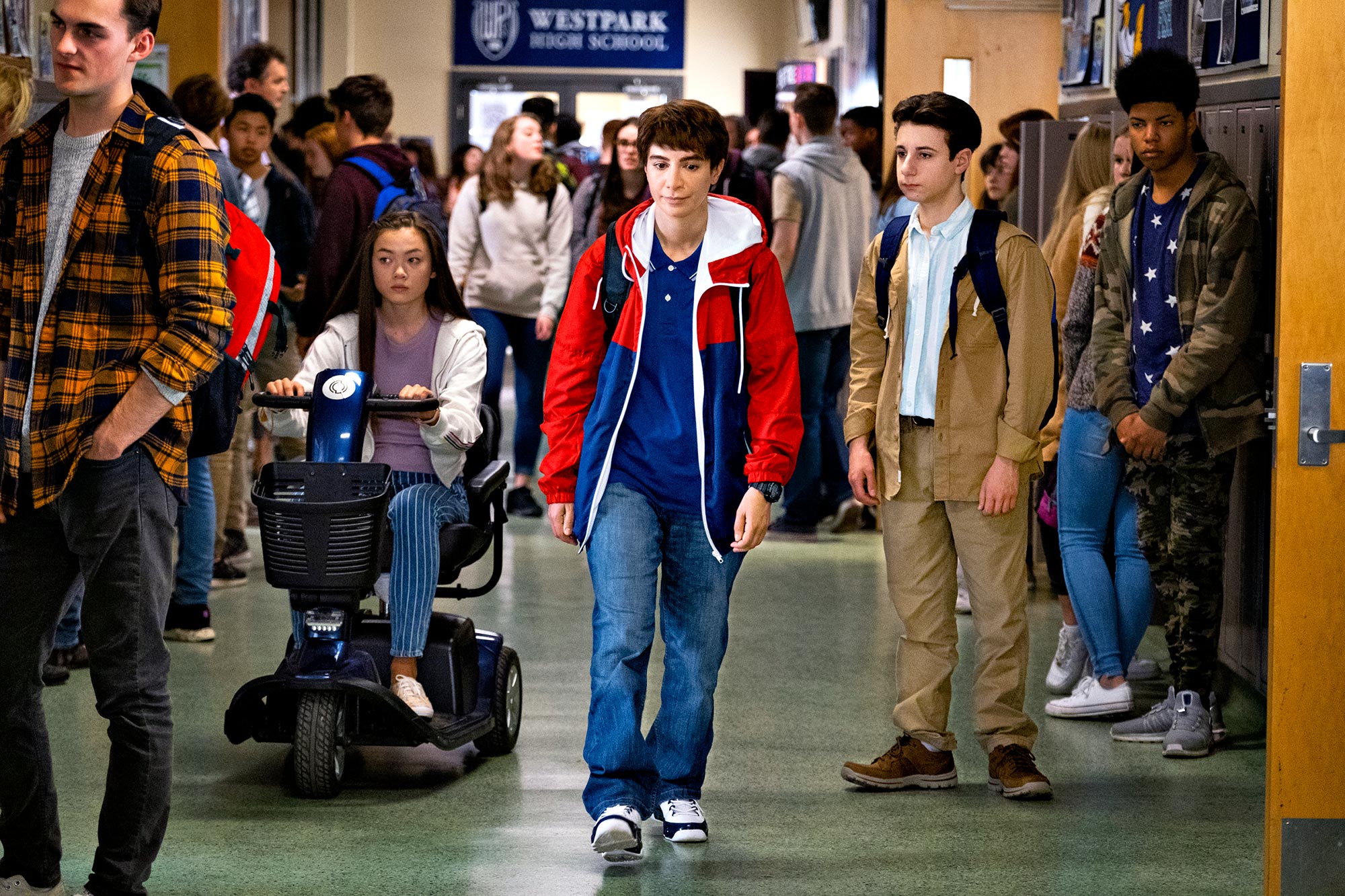 Created by Nasim Pedrad, who also portrays the titular role, ‘Chad‘ is a sitcom that follows a young Persian-American boy and his experiences during his first year of high school. To materialize his teenage fantasies of becoming a popular kid, he sets on a mission to impress the cool kids. In the process, his patience and sanity are repeatedly tested. Moreover, he also has to deal with his mother’s dating life and accept his cultural roots. If you liked the first season, you must be hoping for its swift return. In that case, here’s what we can expect from a potential ‘Chad’ season 2!

‘Chad’ season 1 premiered on April 6, 2021, on TBS and finished airing on May 25, 2021. The show has eight episodes, with each one lasting around 20-24 minutes. The coming-of-age comedy series has been compared to Hulu’s ‘Pen15,’ where the protagonist is similarly played by an adult actor supported by a cast full of youngsters. Chad is misunderstood and conceited, the end product of being a socially dejected teenager. Pedrad shared that she wanted to create a character with “nuance and specificity and flaws that are relatable.” While some viewers might sympathize with him, others might find him difficult, as critics have stated.

Regardless of the mixed feedback it has received, audiences might be anticipating another season. And sure enough, TBS confirmed its renewal in May 2021. Moreover, the California Film Commission awarded a $3.6 million tax incentive to shift its second-season production from Vancouver to California. This means that there might be an expansion in its cast and crew. It has also been reported that the upcoming season will introduce Max Searle (known for ‘Dave,’ ‘Two and a Half Men’ and many more) as the co-showrunner alongside creator and star Pedrad.

After a long period of setbacks faced during the development period, the show is finally receiving a platform and some necessary hype! From Fox to TBS, ‘Chad’ has come a long way and has now found a sense of belonging within the 19-45 demographic. Pedrad also expressed her feelings in public, stating that “I’m so grateful to TBS for believing in Chad and giving an adult woman the opportunity to live her dream of playing a jarringly awkward teenage boy, while also running the show behind the camera.”

As much as we hope for its steady return, the creators or the network have not released any production updates for the next season. So it isn’t easy to ascertain a specific date and time for its premiere. Needless to say, the filming will take up a few months, and if everything goes well, we can expect ‘Chad’ season 2 to air sometime in 2022.

Chad Season 2 Cast: Who can be in it?

Nasim Pedrad portrays the main character Chad, a socially awkward fourteen-year-old kid cluelessly navigating his freshman year of high school. Pedrad will definitely be back in the next season. Other actors expected to return are Ella Mika, who plays Chad’s younger sister Niki and Saba Homayoon, portraying Chad’s mother.

Other primary cast members include Paul Chahidi as Hamid, a distant relative of Chad; Jake Ryan as Peter, Chad’s best friend; and Alexa Loo as Denise, Chad’s classmate. All of the actors above will most certainly reprise their roles. In addition, a few other cast members, such as Madeleine Arthur (Marjorie), Thomas Barbusca (Reid), Phillip Mullings Jr. (Ikrimah), and Jarrad Paul (Charles), might be gearing up for a comeback as well.

Read More: Where Is Chad Filmed?