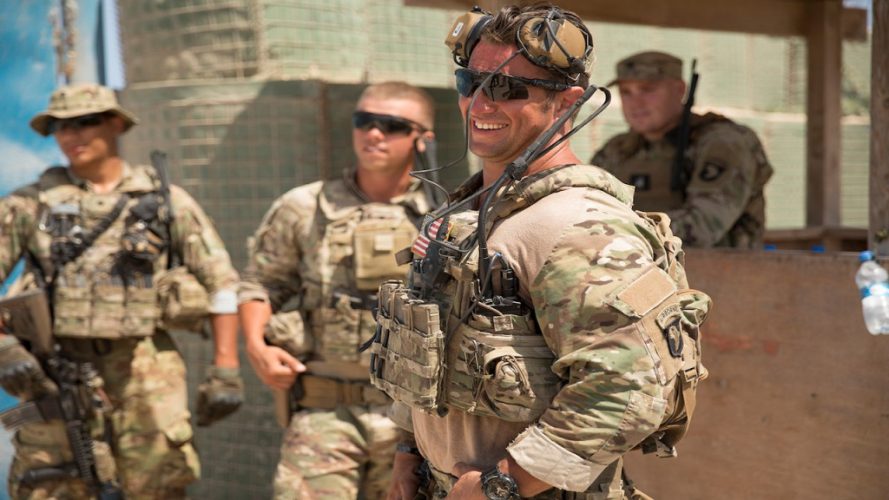 The emergence of religious extremism & violent protests is posing one of the biggest threats to the very existence of mankind ever since the birth of human civilisation. The countries which are regularly facing such forces are suffering more than anyone can imagine. Such countries are growing economically weaker by the day as normal revenue-generating practices like agriculture and commerce are being shut down. They’re forced to invest in war and weaponry despite running short on funds. Citizens die or are abducted by extremists. Bomb blasts ruin public properties, and the resultant is a large number of casualties. The government is further burdened by the cost of medical treatment of the wounded and sick.

But the scenario isn’t that bleak as it seems. The countries facing extremism and other leading nations of the world are joining hands to combat this problem. There are selfless heroes, the soldiers, men and women who have devoted their lives to fighting for peace and truth.

Chain of Command is a show is committed to filming and telecasting these unsung heroes right at their site of action.

Chain of Command Season1 Cast: Who’s in it?

The documentary series or docuseries, as they are popularly called, has real-life soldiers captured in action or as they are preparing to act.

Chain of Command Season 1 Plot: What’s it about?

The new series has an unprecedented storyline in all the history of television. The show revolves around US secret service and is aptly named as Chain of Command: The Secret Service.

Spies like James Bond have always been a heroic figure for the viewers, who even on a secret mission, never compromise on their style and manner of presentation. However, “the real-life heroes” are far more discreet and down to earth in their approach. They’re so simple that they could easily get lost in a crowd. Their modus operandi is quite low key despite the fact that they’ve turned the world around many times.

The TV team will film the secret agents working in varied fields through a number of individual departments present throughout  America which is responsible for the Security of the President.  To make the viewers totally connect with the elaborate security plans, the Secret service agents will record the presidential visit to the Philippines.

Other responsibilities of the secret service agents will be recorded too. Like selecting dangerous and suspicious parcels and gift boxes in front of the White House gate.

It also focuses on the collective mind work of the officers who are responsible for Presidential safety. How quickly they’ve to make up their minds for intricate safety issues and cope up with the national leaders’ busy schedule while providing them protection.

Chain of Command Season 2: When will it premiere?

The president of a production and original programming, Tim Pastore of National Geography delightfully announced that as the first season was a huge success, they’ve revived the show for an even more intriguing Season 2. In an interview, he was recorded as saying, “Following the success of Chain of Command earlier this year, we look forward to continuing to build on our existing relationship with the U.S. government by taking a look at the daily lives of the United States Secret Service”

While it has been confirmed that season 2 of Chain of Command will be telecasted early in 2019, no air date has been announced. We may have to wait a while longer to know more about the series. Stay tuned!

A trailer for season 2 has not been made available. You can catch the clips from the first season here.