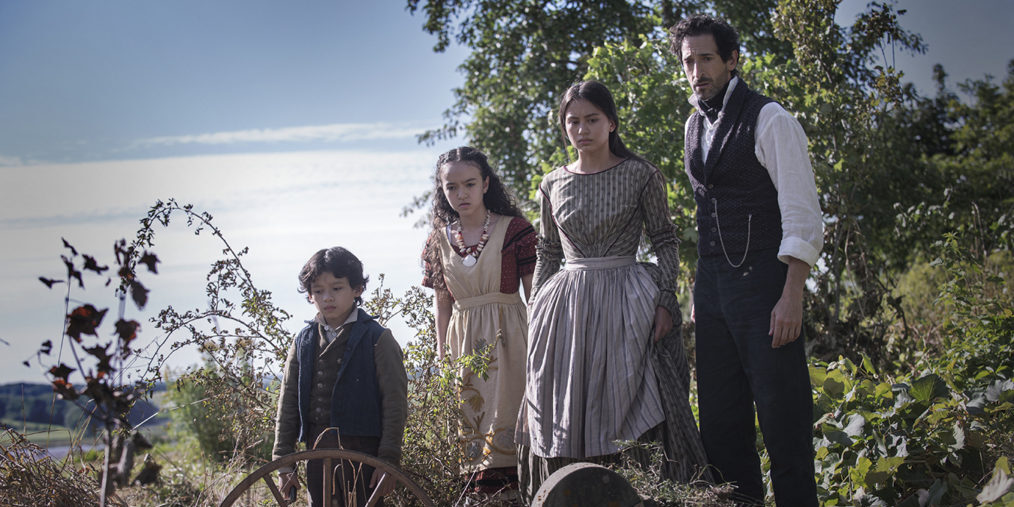 Developed by Jason Filardi and Peter Filardi, ‘Chapelwaite’ is a horror series based on Stephen King’s short story ‘Jerusalem’s Lot.’ It revolves around Captain Charles Boone, who moves to the small town of Preacher’s Corners in Maine with his three children after the tragic death of his wife. As they arrive at their ancestral home, Charles stumbles upon some secrets about his family’s disturbing past. In the latest episode of season 1, we get a glimpse of what Charles is really up against. In the recap section, you can catch up on all that happens in the fourth episode. But first, let us share with you everything you need to know before episode 5 lands!

‘Chapelwaite’ season 1 episode 5 will release on September 12, 2021, at 10 pm ET on Epix. The series premiered on August 22, 2021, with the first three episodes arriving together. After that, the show has been following a weekly release schedule; new episodes roll out every Sunday. The first installment is set to conclude its run with its tenth and final chapter, which will arrive on October 17, 2021.

Where to Watch Chapelwaite Episode 5 Online?

The best way to watch the fifth episode of ‘Chapelwaite’ is to tune into Epix at the given date and time. You can also watch the latest episode on the official website of Epix and the Epix Now app. If you are looking for more options, you can watch the upcoming episode on YouTube TV, Fubo TV, Xfinity, Sling TV, Spectrum on Demand, Apple TV, DirecTV, and Philo. Additionally, you can watch it by accessing Epix through Amazon Prime Video and The Roku Channel.

The fifth episode is titled ‘The Prophet.’ In the upcoming episode, we will see how Jakub will trick Charles into going to Jerusalem’s Lot. As Charles will come across an ancient book, he might realize that there is a connection between the book and his state of mind. Loa will come across the things Rebecca has written about the Boones, which will leave Honor, Loa, and Tane feeling shocked and betrayed.

At the beginning of the episode ‘The Promised,’ Charles checks himself into an asylum for treatment because he fears that he might have inherited his father’s mental illness. He makes this decision out of fear of losing his sanity and potentially harming his kids. But after making some disturbing discoveries, he begins to realize that his hallucinations about the worms and rats might have been rooted in reality.

In this episode, we are introduced to Charles’ father, Stephen Boone, who is a vampire-like creature called the “Nosferatu.” In a chilling scene, Rebecca finds him feeding on Mary Dennison. But when he sees Rebecca, he flees instead of attacking her. Stephen’s point of view becomes more apparent in a conversation he has with Loa on the staircase. It seems like he is different from others of his kind as he does not harm any members of the Boone family, at least not yet. However, that does not mean that the Boones are safe. For instance, the Apple Girl has no inhibitions about harming people, no matter who they are. We will learn more about the connection between the Boones and the Nosferatu in the following episodes.