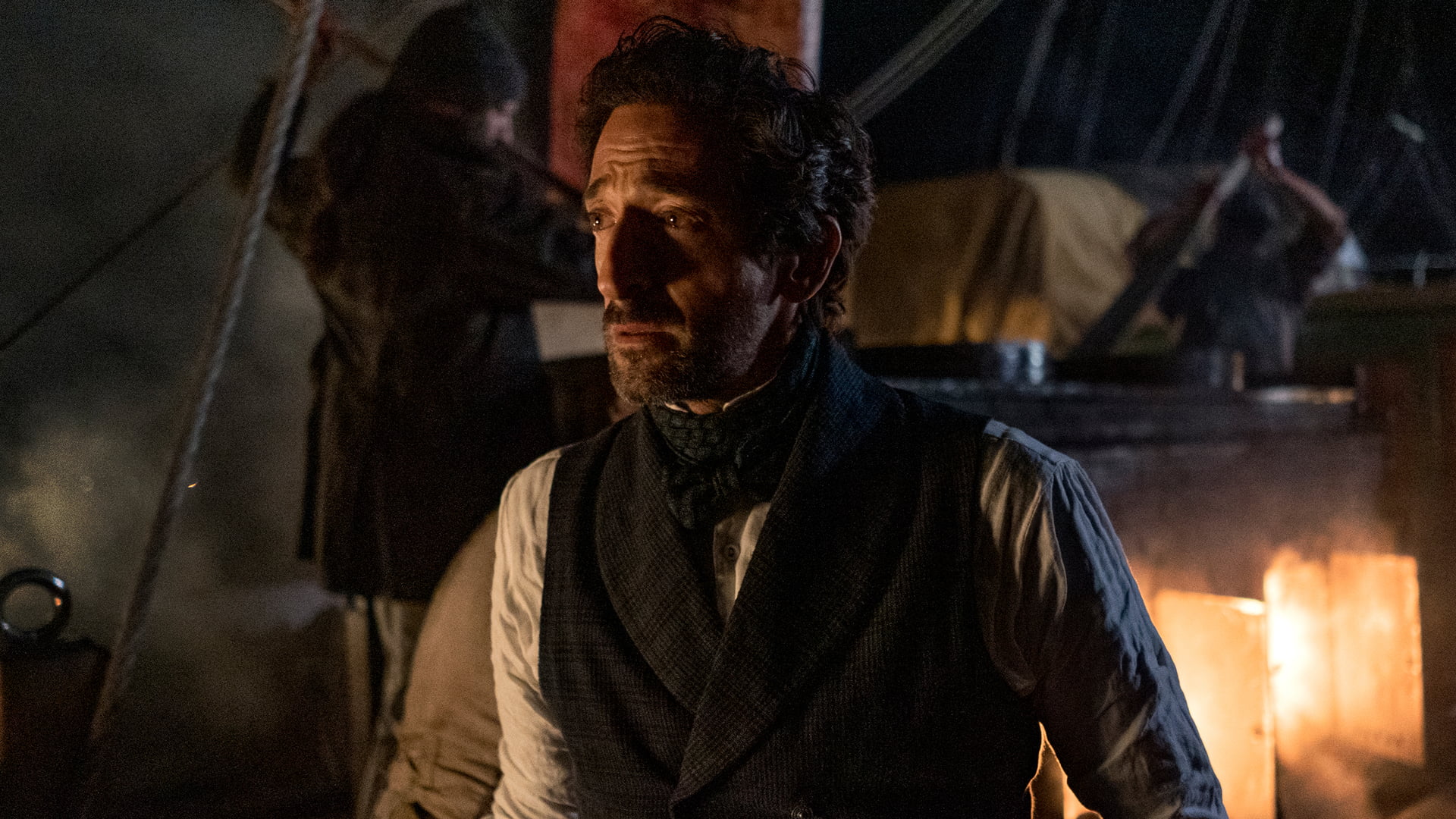 In the eighth episode of ‘Chapelwaite,’ Jakub and his army march towards Chapelwaite to secure the Book of Worms! The Boones are backed up by Rebecca, Minister Burroughs, and a dying George who has recurring temptations of joining the undead while his wife, Mary, is the one tethered to the book. To know what happens in episode 8, head to the recap. Now, let’s go through the details of episode 9!

‘Chapelwaite’ episode 9 is scheduled to release on October 10, 2021, at 9 pm ET on Epix. New hour-long episodes release on a weekly basis on Sundays. The current season has ten episodes in total.

Where to Watch Chapelwaite Episode 9 Online?

You can watch ‘Chapelwaite’ episode 9 on Epix by tuning into the network as per the information given above. You can otherwise watch the episode shortly after its television premiere on Epix’s official website or Epix Now app. Streaming options are also available on Philo TV, Sling TV, DirecTV, Fubo TV, YouTube TV, Xfinity, and Spectrum on Demand. Furthermore, the show is available on VOD platforms such as Apple TV and Amazon Prime Video.

In the ninth episode, titled ‘The Gathering Dark,’ Charles and the others will try to retrieve the Book of Worms that is now in possession of Jakub. However, they are no match for his expansive army that is hell-bent on dominating the Earth. Therefore, Charles will ask the people in town for help and convince them to fight in Jerusalem’s Lot. We can also expect George to die in the upcoming episode!

In the eighth episode, titled ‘Hold the Night,’ Jakub and the undead enter Chapelwaite as Charles and his family prepare for the worst. With guns in their hands, they anticipate the army that is desperate to possess the Book of Worms. Meanwhile, George steps into the basement to check on his wife Mary, who is hungry and eager to turn her husband into a vampire. She begs him to drink from her, and he is momentarily pulled in by her words.

The driving force behind George’s indecisiveness is death that is slowly taking hold of him. He barely has a few hours to live, and at this point, an invitation to join the undead seems beneficial. However, he declines her offer. A few seconds later, Charles spots him feeding her his own flesh to aid his hungry wife. Jakub and his army are inside Chapelwaite compounds, and the family, including George and Burroughs, takes their position.

Two of Jakub’s followers are just about to take Tane when Loa intervenes and kills them. She then asks Tane to take her hand, whereas Charles and Honor lose their minds over Tane’s sudden disappearance. In the end, they find him huddled up in the basement. Jakub and his army leave, but only because Tane has given them the book!