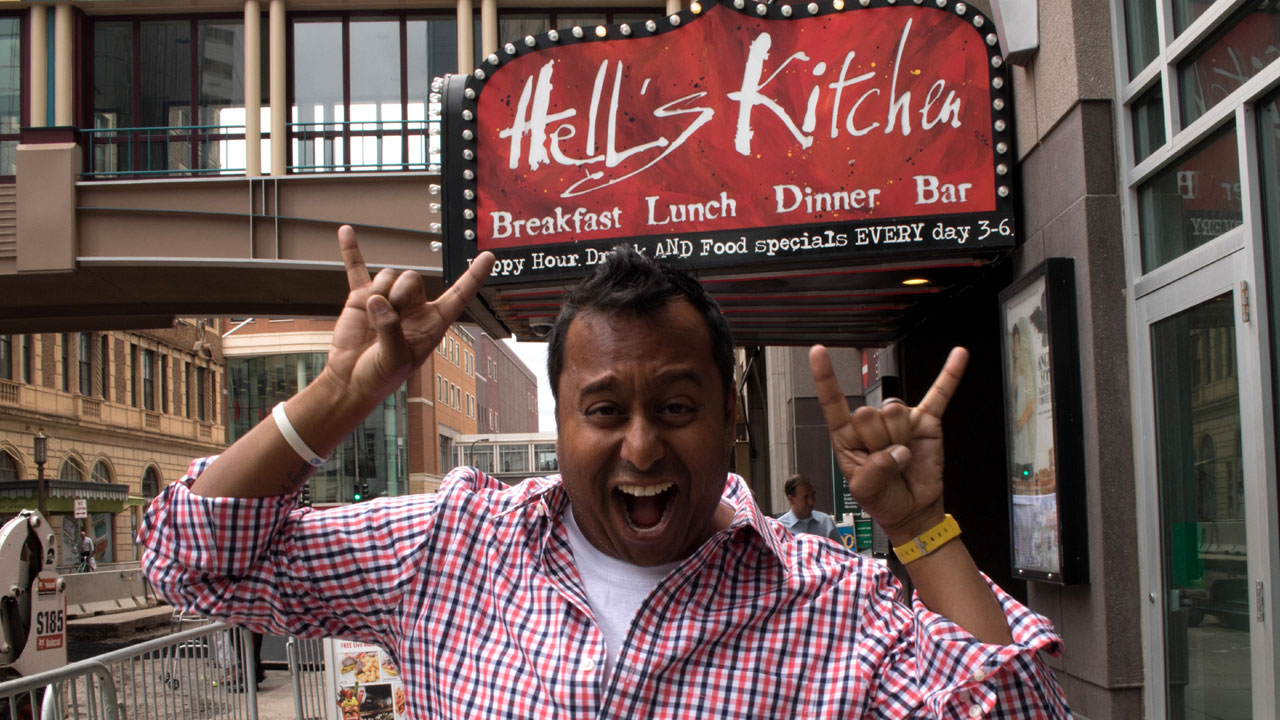 ‘Cheap Eats’ is a reality cooking show that first premiered on September 22, 2015, on Cooking Channel. The show follows Ali Khan, a renowned food blogger, who visits different parts of America and tries different foods and delicacies but, in a fixed budget. He is also the co-executive producer of the show.

In today’s time, eating and food apps make our decisions about choosing the right restaurant and food quite easy. We can go through the ratings and reviews and decide for ourselves. But when we are short on our budget, we do not have that liberty. We have to choose the most fulfilling food within the least amount and generally, it is a big disaster. But, that is not the case with the show. The show features some of the tastiest options available right in the middle of the streets of America, where one can easily enjoy a wholesome meal at a really affordable price.

‘Cheap Eats’ has had a good run for five seasons, leaving fans wondering whether there will be a Season 6. We delve into that after offering a look at the show’s details.

Cheap Eats Cast: Who’s in it?

Ali Khan is the host of the show. His parents are south-Asian and he has developed an affinity towards exotic food from a very early age in life. He was the senior editor of the Los Angeles Dining and Nightlife Guide and was a regular contributor to ‘You Gotta Eat This’. He launched his own blog series in 2015 named ‘Bang For Your Burger Buck’. His passion for food led him to ‘Grill It! with Bobby Flay’ in 2008, and later in shows like ‘The Best Thing I Ever Made’, and ‘Chopped Junior‘.

As a passionate foodie, he makes for a great host on ‘Cheap Eats’ and gives perfect reviews of the delicacies he tastes. Although there is no official announcement yet, we expect Ali Khan to host ‘Cheap Eats’ Season 6 as well.

Cheap Eats Plot: What is it about?

Ali gets 12 hours and $35 to find the best spots for breakfast, lunch, and dinner. Most of the time he is able to stay within his budget but sometimes, he exceeds by just a little more. The season premieres with him having delicious tacos in Austin, Bayou cuisine, and authentic Texas barbecue.

He takes a trip to Albuquerque, where he eats vegetable waffles, green chili cheeseburger, donuts, and Carne Adovada. When in Miami, Ali has Empanadas for breakfast, mahimahi sandwich, and fisherman’s stew. Later, with all the money he is left with, he orders a Latin-Middle Eastern-American fusion bowl for dinner.

He starts his day in Chicago with fried chicken, biscuits, eggs and bacon. Later he is introduced to an authentic Italian beef sandwich, mac and cheese with an Italian twist, and a chocolate-almond croissant. At Charleston, he finds an amazing crab cake sandwich, grits, seafood-stuffed hush puppies and pulled pork. In the season finale, he ends his tour at Boulder with yummy pancakes, authentic Chinese and shrimp po’boy.

Cheap Eats Season 6 Release Date: When will it premiere?

‘Cheap Eats’ Season 5 premiered on August 8, 2018, on Cooking Channel. There were 13 episodes in the season and the last episode released on November 7, 2018. The show is for all hardcore food lovers. Ali not only explores the streets of different parts of the country that offers some of the most innovative meals but also proves that you do not need a crazy amount of money to have amazing food. You can learn about different places and different authentic cuisines from the show.

There is no official announcement regarding the renewal of ‘Cheap Eats’ Season 6. Ali Khan at the moment is busy with his own show on YouTube called ‘Ali vs. The Dome’. So we can guess that there is some time before the release of the new season. Though, if we have to say, we believe ‘Cheap Eats’ Season 6 will release sometime around July 2020.

You can catch the trailer of one of the previous seasons below, to get an idea of the show.