Will There be a Cheat Season 2 or is it Cancelled? 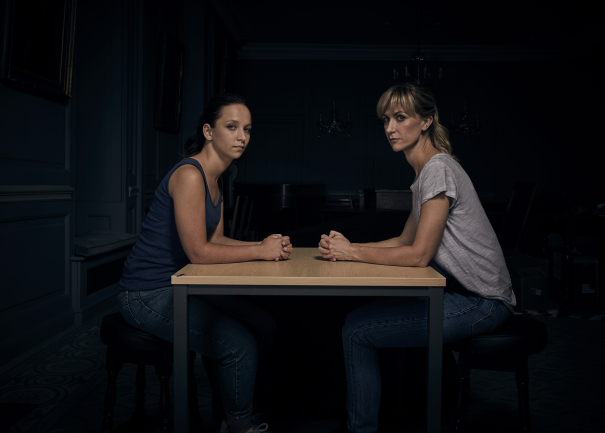 ITV and Sundance Now’s dark psychological thriller, ‘Cheat’, is created by Gaby Hull. Distributed internationally by All3Media International, ‘Cheat’ is a “fabulously taut thriller” that is set in the world of academics. It follows the dangerous relationship between a professor and her student, which then culminates in fatal consequences.

Directed by Louise Hooper, the four-episode season 1 of ‘Cheat’ originally premiered in the UK on ITV, after which it was released on Sundance Now for its US viewers. Now, will the show make a comeback with ‘Cheat’ season 2? Let’s find out.

The show, after its launch, was a huge success in the US as well as the UK. Hence, the next question that naturally arises is, will another season be happening anytime soon? Well, here’s the thing. ‘Cheat’ was previously conceptualized as a one-off, self-contained drama. And ITV has already stated, “There’s been no talk of another season as it was only ever planned as a standalone series.”

So, although it may come as a huge disappointment, as of now, ‘Cheat’ season 2 currently stands cancelled. But since the series managed to garner immense appreciation among fans, maybe, it might be revived in another form. Let’s wait. We will return to this section if we come across any such updates.

Cheat Cast: Who is in it?

Tom Goodman-Hill from ‘Humans‘ and ‘Mr. Selfridge’ fame stars as Leah’s husband Adam, who is also a professor in the same university. Lorraine Ashbourne (‘Unforgotten’) and Peter Firth (‘Spooks’ and ‘Victoria‘) play Leah’s parents. Adrian Edmondson (‘The Young Ones’) is Rose’s father William.

‘Cheat’ is executive produced by the founders of Two Brothers Pictures, Harry and Jack Williams, alongside Christoper Aird. The 2014-established Two Brothers is behind some of the most acclaimed shows like the Kate Beckinsale starrer, ‘The Widow’ and ‘Liar’ season 2, featuring Joanne Froggatt from ‘Downtown Abbey’ and Ioan Gruffudd from ‘Fantastic Four’.

Cheat Plot: What is it about?

‘Cheat’ is a gripping British psychological thriller, whose primary events take place in the world of academics. Exploring our closest relationships, which are instrumental in developing our characters, this gritty, mind-bender series showcases how changes in one’s persona can affect others in fundamental, exciting, and sometimes, in extreme ways. The story is about the dangerous relationship between a university professor Leah and her student Rose, which first appears like an open and shut case of academic deception. But later, the whole situation spirals out of control, ending in devastating consequences that threaten to affect both of them in sinister ways.

‘Cheat’ begins by introducing us to lecturer Dr. Leah Dale, who works in Cambridge and holds an impressive and clean record when it involves her profession. She is trying her best to grab a permanent position in the university and (maybe) not quite looking forward to the baby that she is planning with her husband.

Next, we meet Rose Vaughan, a privileged final-year student who often turns up in Leah’s lectures unprepared because she things that the huge donation made by her dad to the college is enough to keep her going. So, when Rose submits an exceptionally well-composed essay, Leah becomes suspicious. The latter asks Rose if there was any foul play involved or, in other words, if Rose had ‘cheated’. Thinking that her suspicions are true, Leah decides to mark Rose’s paper with a fail grade. What begins as a simple case of academic deception quickly turns into a huge mess when Rose takes the accusation personally.

An efficient British crime drama, ‘Cheat’ is neatly done, ticking off all the question boxes one by one. The script is packed with the right number of twists, with its orchestrations unveiling at the correct time and offering the perfect amount of predictability. A fool-proof mystery story, Cheat’s characters are extremely well-crafted. Windsor, in her portrayal of Rose, is so chilling, in a subtle yet threateningly menacing manner. She seeks the help of university employee Ben Jarvis, locates Leah’s address, her daily routine, and the details of her pets. Eventually, she turns up on one rainy day, clad only in a vest, and hands Adam (Leah’s husband) a bunch of essay notes — not to say, with hints of flirtation. Meanwhile, Leah continues her own sessions of humiliating Rose in her class.

Fast forward and without revealing too many details, let’s dive into how all of these events culminate (minus the spoilers). Well, Leah’s pet cat disappears. And a dead body turns up — possibly the result of this ongoing feud. But who is the culprit? When the detective in charge examines the suspects, he says, “They both look so innocent. Rose Vaughan and Leah Dale.” Yes, he is not sure if they are targeting the right murderer. Meanwhile, in prison, Rose and Leah are having their own conversation, with Rose commenting, “You don’t miss him, do you?” — adding, “Amazing how quickly you can adjust to not having someone if you never really loved them in the first place. Do you feel guilty?”

According to director Louise Hooper, her end goal from the series was to make fans feel the “tension on-screen, making it a very visceral sensation for the viewer.” She said that the tale is about “our deep-seated emotions – trust, betrayal, deceit, lies, fear – all those primal feelings that get you at the back of your brain, in your heart and in your stomach.” As per producer Lydia Hampson, one of the best aspects of ‘Cheat’ is that it has a female director. She said, “this show has two female leads, Katherine Kelly and Molly Windsor, playing two incredibly intelligent minds. It was important to me that these two women who outsmart each other at every move were guided by a woman reflecting their story, on the other side of the camera”.

You can check out the official trailer for ‘Cheat’ season 1 below.