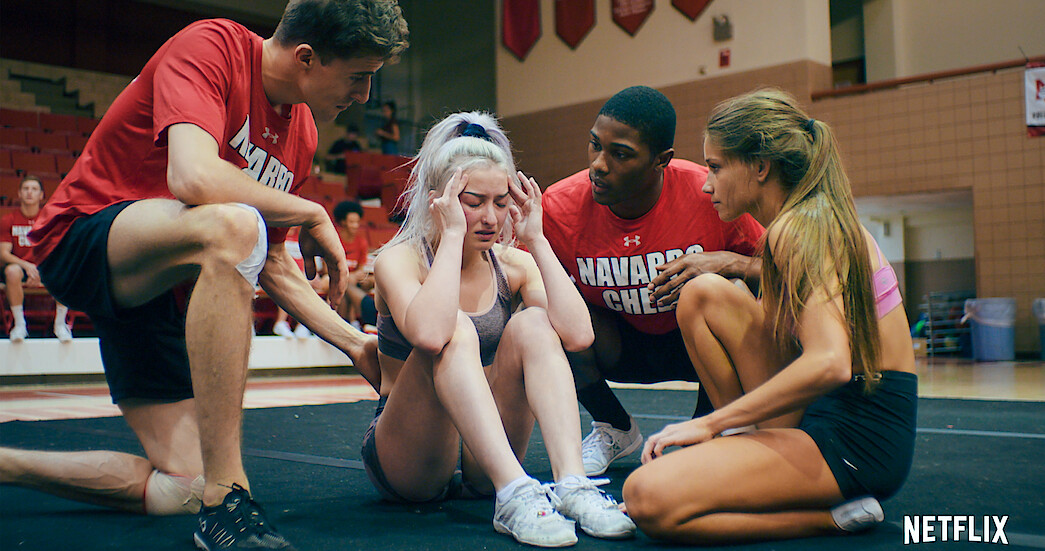 Created by Greg Whiteley (‘Last Chance U’), ‘Cheer’ is a documentary series that took the entertainment world by storm almost as soon as it first premiered on January 8, 2020, thanks to its incredibly compelling portrayal of cheerleading as a sport. After all, it not only follows the top junior college squads as they train for the national championship but also delves into how the sport is as influential as it is complex and athletic.

In other words, the coaches and cheerleaders of Navarro College and Trinity Valley Community College open up about their ordeals and triumphs to emphasize that cheer has often been the only constant in their lives. So now that the second installment — which did not soft-pedal the significance of the sport either — has debuted, let’s find out if ‘Cheer’ season 3 is on the cards or not, shall we?

‘Cheer’ Season 2 premiered on Netflix on January 12, 2022 — just a little over two years after the show’s initial release in 2020. The second installment comprises nine episodes, set almost chronologically, with a run-time of about 40-66 minutes each. Despite the long duration, though, the plot in itself is so intriguing that it makes up for a perfect binge-watch.

Coming to ‘Cheer’ season 3, although an official announcement concerning its renewal or cancelation has not yet been made, it could return relatively soon. First of all, it comes from Greg Whiteley, whose style is to develop sports documentaries that don’t really have a definitive end because the connection between personal stories and competitions keep persisting.

Furthermore, there’s the fact that a show’s renewal largely depends upon its commercial success. However, this Netflix original production probably doesn’t have to worry about that due to its already excellent reputation. Therefore, considering the previous pattern as well as the time taken in the filming/editing process, if renewed, we can expect ‘Cheer’ season 3 to land on the streaming giant sometime in Q1 2023.

However, if season 3 does come to light, we might not see a majority of the assistant mentors or cheerleaders again since they often pursue other opportunities. With that said, we will likely encounter Monica Aldama, Vontae Johnson, Khris Franklin, and a myriad of new faces, alongside those stars who still have some time left in their respective community colleges. That may or may not include Maddy, Gillian, Aliyah Clark, Dee, Benji, Jaymo, and Angel.

Cheer Season 3: What can it be About?

‘Cheer’ season 2 revolved around both Navarro’s and TVCC’s preparation for the NCA & NDA Collegiate Cheer and Dance Championship amid the COVID-19 global pandemic, public pressure, as well as Jerry Harris’ 2020 arrest on child pornography charges. Thus, season 3 will likely continue to focus upon their age-old rivalry and the aftermath of the former cheerleader’s legal case to keep the tale going. Of course, the installment will profile the backgrounds of any new cast members without fail.

Along with the introduction of new members, the potential season 3 will follow the entire preparation process of the cheer squads to maintain its format. It’s also possible that it could compensate for only briefly mentioning TVCC in season 1 by shifting the emphasis entirely on them, especially as they won the national title in 2021. Whatever the case may be, if regenerated, all we know for sure is that the world of stunting, tumbling, basket tossing, and more will be at the front and center in ‘Cheer’ season 3.