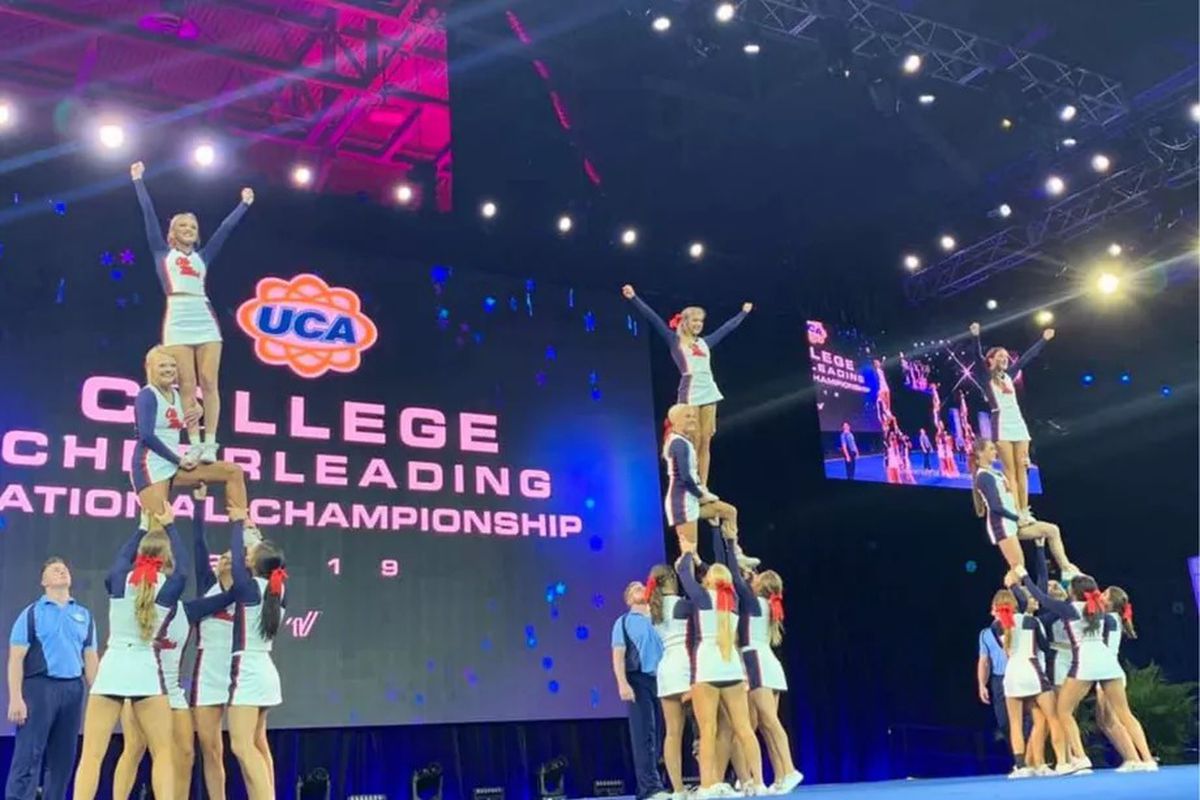 Cheering for one’s favorite sporting team is probably as old as sports itself. However, cheering was always something done quite spontaneously by supporters as a mode of encouragement and a show of support to their teams. As time passed, it became a hugely important part of the culture surrounding sports. Cheering as an organized activity began since the latter part of the 19th century. Princeton University’s ‘Princeton Cheer’ is probably the first famous cheer that came out of the United States’ university-level sports.

Nowadays, cheerleading is a hugely important activity at sporting events throughout the United States. To capitalize on the popularity of cheerleading in today’s world, it has become the subject of quite a number of films and televisions shows. Lifetime came out with a series called ‘Cheerleader Nation’ in 2006. The series centers around the cheerleaders of the Paul Laurence Dunbar High School, especially the mother-daughter duo of Donna Martin and Ryan O’Connor. The same school, along with Donna and Ryan, is now the backdrop of Lifetime’s series ‘Cheerleader Generation’.

Cheerleader Generation Cast: Who is in it?

The series centers around a mother-daughter duo who have been involved in organized cheerleading throughout their lives. A veteran in her business, Donna Martin is the cheerleading coach at the Paul Laurence Dunbar High School. Her daughter, Ryan O’Connor, is the Ole Miss Cheerleading’s head coach. This is not the first time that the mother-daughter duo is appearing in front of the camera for a reality TV series on them. In 2006, Lifetime’s ‘Cheerleader Nation’ was also made around this dynamic duo.

The first time the duo was featured on television was in the MTV documentary called ‘True Life’. The producer of the documentary, Laurie Girion herself later contacted them once again for the series ‘Cheerleader Nation’. Girion is working with them on ‘Cheerleader Generation’ as well. Regarding how the series came about, Ryan said, “Girion called last spring and said it would be really fun to come back and do a show where we’re both coaching. We wouldn’t have said yes to doing something like this if we didn’t know the producer, and know she was someone who understood cheerleading and respected the schools we work for.”

Cheerleader Generation Plot: What is it about?

‘Cheerleader Generation’ is basically about the intense and serious work that goes behind in the world of organized cheerleading. We get to see the ins and outs of preparations, the rigorous training that the cheerleaders need to go through, and in the process, we get to follow the work of two highly accomplished cheerleaders who happen to be a mother and her daughter.

The network has released an official statement regarding the series. It says, “Set in the exciting world of competitive cheerleading, Cheerleader Generation follows the lives of two squads and their fierce, hardworking coaches, Lexington Kentucky’s Dunbar High School coach Donna Martin and her daughter, Ole’ Miss head coach, Ryan O’Connor. While veteran coach Donna pushes her team to new heights to return Dunbar to its former glory of reigning champs, Ryan is fighting to earn the respect of her peers, her collegiate team and her mother”.

The differences and similarities in the work that both Ryan and Donna do are the major attractions of the series. While Donna is a veteran of the business and is coaching a team which has been national champions eight times, Ryan is still trying to establish herself as a force to be reckoned with. She just has seven years worth of experience. According to Ryan, it must be taken into consideration that the cheerleaders are first of all students and that they have to be equally involved with their studies like the other students besides being present at the games and the promotional events. There are five Ole Miss cheerleaders who are featured on the show along with Ryan, and it is with their life and work that we get to know the first-hand experiences of cheerleaders who have to balance their passion with their education.

Cheerleader Generation Season 2 Release Date: When will it premiere?

‘Cheerleader Generation’ season 1 premiered on June 11, 2019. It show grabbed quite a few eyeballs because it gave an inside look into the lives of cheerleaders, cheerleading coaches, and how passionate one has to be in this profession. The first TV show where Ryan and Donna appeared together, ‘Cheerleader Nation’, was canceled after the first season. We hope that doesn’t happen with this show. In fact, we expect it to come back for another season. We shall update this section as soon as we hear anything about ‘Cheerleader Generation’ season 2 release date.

Lifetime released a short promo for ‘Cheerleader Generation’ season 1. Watch it below.