When Will Chef’s Table Season 7 Premiere on Netflix? 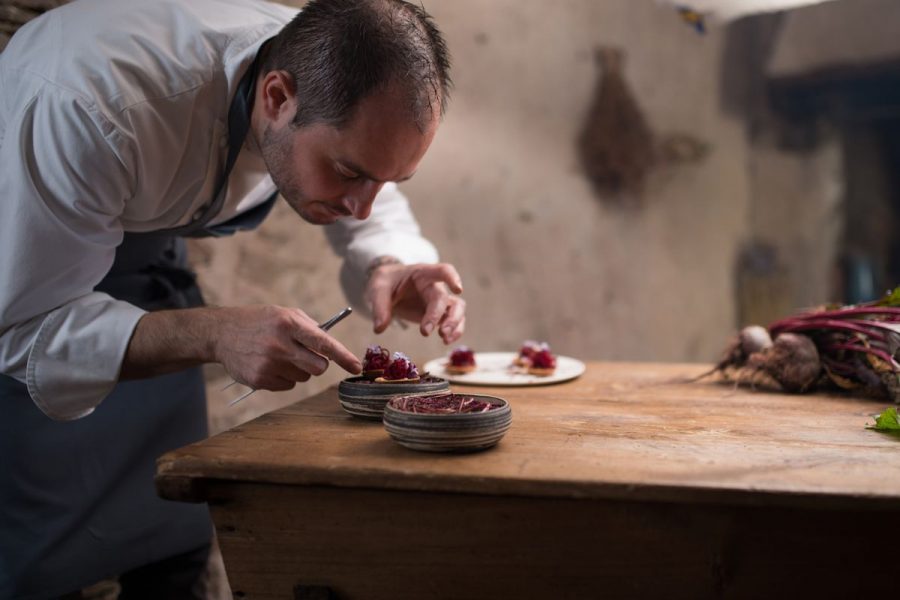 Preparing a sumptuous meal is no easy task by any means, and it is never easy for the chefs to survive in such a competitive field without being innovative. In a bid to shed more light on the challenges, setbacks, and triumphs of being a world-class chef, Netflix’s popular food documentary show, ‘Chef’s Table’, brings the stories of some of the world’s best culinary experts to viewers’ screens.

Season 6 of the show premiered on the streaming service on February 22, 2019. Now, fans want to know: will there be a Chef’s Table Season 7? Here’s everything we know.

Chef’s Table Cast: Who’s in it?

Season 7 is expected to introduce us to a whole new group of talented chefs from across the globe.

The show is created by David Gelb, who is known for his earlier food documentary, ‘Jiro Dreams of Sushi’ (2011), which brought to viewers the story of Jiro Ono, a 93-year-old sushi master and owner of Sukiyabashi Jiro, a three-Michelin-starred sushi eatery in Tokyo. Gelb’s documentary, when it was released, was praised by critics far and wide, and clocked a whopping 99% score on Rotten Tomatoes. Understandably, ‘Chef’s Table’ is seen as a follow-up to ‘Jiro Dreams of Sushi’, albeit on a much larger scale.

Chef’s Table Plot: What’s it about?

‘Chef’s Table’ is the first Netflix Original documentary series that takes viewers inside the lives and kitchens of some of the most successful and renowned chefs in the world. Each episode focuses on one such chef, and interestingly, restaurants headed by 11 chefs featured in the show fall among the world’s 50 best restaurants.

Like all seasons before, Gelb had to go through an overwhelming number of chefs to pick the four stars for Season 6. He believes that there are numerous great chefs in the world at present and that they all have incredible stories to tell. However, in the end, getting selected for the show depends on whether chefs are available and whether they are willing to give the makers the time to make the show the way they want it.

In Season 6, Episode 1 shows the story of Mashama Bailey, who owns a restaurant called The Grey in Savannah, Georgia. She specializes in putting a new twist to Southern food tradition. Episode 2, meanwhile, focuses on internationally-renowned Italian butcher, Dario Cecchini, and his experiments and expertise with meat at his restaurant, Solociccia, in Tuscany. Episode 3 traces the journey of Kolkata tomboy Asma Khan, who is currently the owner of the Darjeeling Express eatery in London. Finally, Episode 4 focuses on Southern cuisine specialist Sean Brock, who owns the Husk eatery in Charleston, South Carolina.

David Gelb was once asked in an interview how ‘Chef’s Table’ was different from the dozens of other food-centric television shows. Replying to question, Gelb said that unlike most food-centric shows out there, ‘Chef’s Table’ does not have a competition format. Instead, it’s an out-and-out documentary that seeks to provide viewers with an idea about how it’s like to be a top chef, apart from showing sumptuous food. Being a documentary, ‘Chef’s Table’ also carries some educational value, both about cooking and about ingredients.

“I learned so much about ingredients — like understanding what a piece of high-quality Parmigiano-Reggiano tastes like or what a true balsamic vinegar is. Massimo Bottura’s balsamic vinegar, the finest you can buy in a store, is available at Whole Foods. It’s called Villa Manodori. It turns out that my dad has been using that vinegar when he cooks since I was 13 years old. Finding that out threw me for a loop,” Gelb had said when he was asked what he learned from the show.

Another noteworthy aspect of ‘Chef’s Table’ is its stunning cinematography that brings the delicious dishes in the show to life on viewers’ screens. Since viewers cannot be expected to know what a dish or ingredient smells like or tastes like, the makers had to put in their best efforts to bring food to life. While the makers have been successful in bringing out the flavors of dishes through their cinematographic brilliance, they feel that the biggest challenge for them is to keep the 45-50 minute-long documentary interesting and engaging for viewers. That said, given the popularity of the show, it would be fair to say that they have indeed succeeded.

As it stands, Netflix has multiple food-centric shows on its platform, and it would appear that the success of ‘Chef’s Table’ gave the network the confidence to go ahead and make more such shows. Some of the food-centric docuseries available on Netflix include ‘Salt, Fat, Acid, Heat’, ‘Ugly Delicious’ and ‘The Mind of a Chef’, to name a few. These apart, Netflix has numerous food competition shows akin to the likes of ‘MasterChef’.

Chef’s Table Season 7 Release Date: When will it premiere?

‘Chef’s Table’ season 6 premiered on February 22, 2019. The good news for the fans is that right after season 6, Netflix renewed the show for two more seasons: season 7 and season 8. Clearly, the streaming service is buoyed by the response the show has received over last few seasons.

The release date for the next season hasn’t been officially announced, but going by the pattern of release of previous seasons, it is easy to guess that ‘Chef’s Table’ season 7 will most likely to release in February, 2020.