Cherish The Day Season 2: Everything We Know 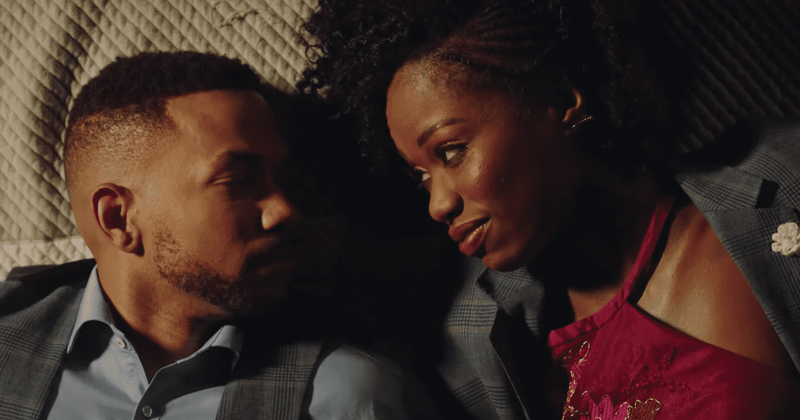 Cherish the Day is a romantic anthology series that airs on OWN. Created by Ava DuVernay, its first season follows the romantic journey of a couple, across a span of five years. The very unique format comprises of episodes, with each episode chronicling a special moment in the life of the lovebirds.

Cherish the Day is directed by filmmakers Tanya Hamilton (Night Catches Us), Blitz Bazawule (The Burial of Kojo), Aurora Guerrero (Mosquita Y Mari) and Deborah Kampmeier (Split and Hounddog). Season 1 of the drama was well-received. Here’s all we know about Cherish the Day Season 2.

Cherish the Day Season 2 Release Date: When will it premiere?

The inaugural installment premiered over two nights in February. After its debut on February 11th, it again returned on February 12, 2020, at 8 pm ET. After the two-night premiere, the show aired every Wednesday thereafter.

Season 1 follows five years in the romantic journey of the featured couple’s lives, with each episode focusing on a single day in their City of Angel’s relationship. Every day explores new experiences, moments, heartbreaks, disappointments and problems.

The show had been conceptualized in an anthology format, featuring a different couple in each season. This means that the creators already had multiple seasons in mind. Hence, we are positive that a renewal will be announced in the upcoming weeks. If renewed, our best guess is that Cherish the Day season 2 will premiere sometime in February 2021.

Cherish the Day Season 2 Cast: Who can be in it?

The cast of Cherish the Day season 1 is led by Xosha Roquemore (The Mindy Project) as Gently James and Alano Miller (Underground) as Evan Fisher. Gently and Evan meet each other for the first time in Los Angeles and eventually fall in love.

Joining them is Cicely Tyson as Miss Luma Lee Langston. Luma is a famous on-stage star, who also makes regular appearances on-screen. Gently James works as Miss Langston’s live-in assistant and the wise employer supports her when she decides to pursue a relationship with Evan Fisher.

Other actors in recurring roles include Michael Beach as Ben, Anne-Marie Johnson as Dana, and Kellee Stewart as Ellene. Ben is Gently’s foster father. He previously used to work in a gang and is currently employed as a deliveryman for the Los Angeles Times. Dana is Evan’s mother, who does not support her son’s romantic entanglement with Gently and is pretty straightforward when it comes to expressing her views on the matter. Ellene is Evan’s refined, religious sister.

Season 2, as and when it happens, will feature a completely different cast. We will add the names to this section when we learn more.

Cherish the Day Season 2 Plot: What can it be about?

This beautifully conceptualized series is centered around the relationship of one couple. In the first season, each episode covers a single day of their life, narrating significant moments in the featured relationship. These special events, ranging from extraordinary experiences to regular happenings, compel fans to hold true to the ones they love. The entire season 1 chronicles five years in the lives of Gently and Evan.

Creator and executive producer Ava DuVernay expressed her views about the show, saying: “OWN is home. I’m honored to create television for a network headed by an artist with a spectacular vision and unbridled passion for the stories that we want to tell” — Variety reports. Cherish the Day is DuVernay’s second project with OWN. Earlier, she has served as the director, executive producer, and creator for the channel’s series adaptation of the novel Queen Sugar.

Oprah Winfrey herself added: “Ava is a visionary storyteller. She brings so much care, so much heart, so much love to the art she creates. I’m excited to continue collaborating together with our very first anthology series for OWN.”

Season 2, when renewed, will follow the same format and adapt a similar premise while putting another couple at the forefront.

You can watch the official first look trailer for Cherish the Day season 1 below: