Is Chernobyl on Netflix? Where to Stream HBO Miniseries For Free 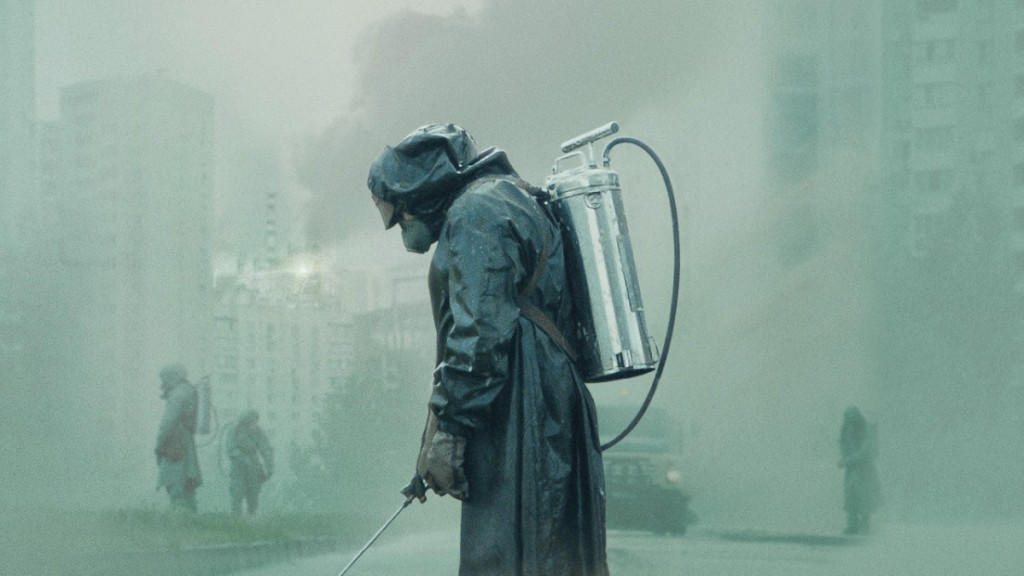 ‘Chernobyl’ is the HBO miniseries that shook the world, years after the actual disaster at the Chernobyl Nuclear Power Plant did. Created and written by Craig Mazin, famous for the last two ‘Hangover‘ films, and directed by Johan Renck, the series first premiered on May 6, 2019, and ran till June 3, 2019.

Over the course of five episodes, the show weaves a tale that captures the horror of the incident through the eyes of the people present, and the subsequent efforts to contain and clean up the mess. If you have any doubts as to how big the show has become, put it in this context. It came out at the same time ‘Game of Thrones‘ was airing its final season, and became a bigger talking point than HBO’s biggest cultural phenomenon yet. Moreover, if the final season had soured some of the fans’ feelings towards the network, ‘Chernobyl‘ came as proof that HBO could still deliver quality content to television show aficionados.

The critical consensus of the show backs this up, saying, ” ‘Chernobyl’ rivets with a creeping dread that never dissipates, dramatizing a national tragedy with sterling craft and an intelligent dissection of institutional rot”.

If you have already seen the series, you might be wanting to see it again, and if you have not seen it, you definitely do not want to miss out on one of the finest shows of our time. Thus, we bring to you the various places where you can stream this show. However, before that, a little about ‘Chernobyl’ as a series.

What is Chernobyl About?

The events that we see on HBO’s ‘Chernobyl’ are based on the actual nuclear disaster that took place at the Chernobyl Nuclear Power Plant, located near the city of Pripyat, on April 26, 1986. To give you an idea of how big the disaster was, it is one of the two nuclear disasters that have been categorized as having reached maximum severity.

In this dramatized account of events, we see the people who caused the disaster and the people who were sent in to contain and clear it up. While the disaster and its outfall, not to mention the terrible aftermath, has become a matter of historical record, the series takes care to show us the story from a previously unseen perspective. This includes the efforts of the firefighters, who were the first responders, and the volunteers, as well as teams of miners who had the task of digging a vital tunnel.

Once you start watching the show, you will feel it is all too real, and this is primarily because the miniseries is largely based on the book ‘ Voices from Chernobyl’, which has been written by Svetlana Alexievich, a Belarusian Nobel Laureate. The book chronicles the experiences and recollections of the locals of Pripyat, who were one of the first people to feel the consequences of the Chernobyl disaster.

So, where can you binge-watch ‘Chernobyl’, now that the show is over?

When will Chernobyl be on Netflix?

Netflix is notoriously famous for having a repository of some of the best shows available and they are not shy of shelling out huge amounts of money to keep popular shows from other networks on their platform in order to keep viewers coming back. However, ‘Chernobyl’ is not on Netflix yet, and it does not seem like the streaming platform will be getting it anytime soon. There is no reason to feel dejected because, if you were in the mood to Netflix and chill, we have some recommendations that you are likely to enjoy. Tune into ‘Black Mirror‘ which will leave you feeling just as heavy as ‘Chernobyl’ and if you are in the mood for something post-apocalyptic, we recommend that you watch the episode ‘Metalhead‘.

If love for docudramas is what drew you to ‘Chernobyl’, Netflix has a treasure trove of those. Check out the recently added ‘When They See Us‘, or ‘Manhunt: Unabomber‘. If you have your heart set on ‘Chernobyl’ then Netflix also has a horror film called ‘Chernobyl Diaries‘ where a group of tourists find themselves stranded in the city of Pripyat, only to realize that they are not alone. However, fair warning, the movie has not been received too well critically.

Is Chernobyl on Hulu?

If you subscribe to Hulu, you are in luck. ‘Chernobyl’ is available on the streaming platform, but there is a slight caveat. Irrespective of whichever plan you are on, you have to add the HBO pack to it for an additional amount of $14.99 per month. This will let you watch not just ‘Chernobyl’ but other HBO shows as well, so it is a good bargain in our opinion. You can watch the show here.

Is Chernobyl on Amazon Prime?

If we are to compare libraries, Amazon Prime probably has the best content to offer right after Netflix. They are also improving their content in leaps and bounds. However, when we come to ‘Chernobyl’ the series cannot be streamed for free even if you have an Amazon Prime subscription. That is no reason to fret because there is an option to purchase individual episodes of the show to view it on the platform. You can purchase the HD version of the episodes at $2.99 per episode, or like Hulu, you can add HBO to your existing subscription for $14.99 a month. Confused as to what to do? Don’t worry. We crunched the numbers and your cost for one season of ‘Chernobyl’ comes to around $14.95. We recommend you spend 4 cents more to get access to more shows from HBO and for an entire month. You can watch the show here.

Where Can I Stream Chernobyl Online?

You must be asking yourself about what happens if you do not have subscriptions to Amazon Prime or Hulu. How can you stream ‘Chernobyl’ online then? Well, the answer is simple. Since it is an HBO show, the best places to stream it would be the network’s own two platforms, that is, HBO Now and HBO Go. If you have subscriptions to either of these, you are good to go. These video on demand services will let you dive right into the disaster that unfolded at Chernobyl.

Can I Watch Chernobyl Online for Free?

Now, we come to the freeloaders. There is no shame in being one, as I was a freeloader for the longest time since I could not afford to pay many of the subscription fees of these streaming platforms. We do not want to deprive you of the chance to experience the fantastic show that is ‘Chernobyl‘. With this in mind, we have some options you might want to explore.

If you live in the US, you can sign up for monthly subscription of HBO Now or HBO Go or Hulu or Direct TV. All of them offer free trials ranging from a week to a month that you can use to watch Chernobyl for free.

If you live in the UK, Now TV is offering a free trial, after which you have to pay for their subscription services. Since it is a 5 episode miniseries, even if you do not binge it, you should be done before your trial period expires. This is the safest way, according to us, to watch ‘Chernobyl’ online for free .

However, we strongly recommend to our viewers that you pay for the art that you consume which will allow and encourage others to come up with content that is as brilliantly made and executed as ‘Chernobyl’.