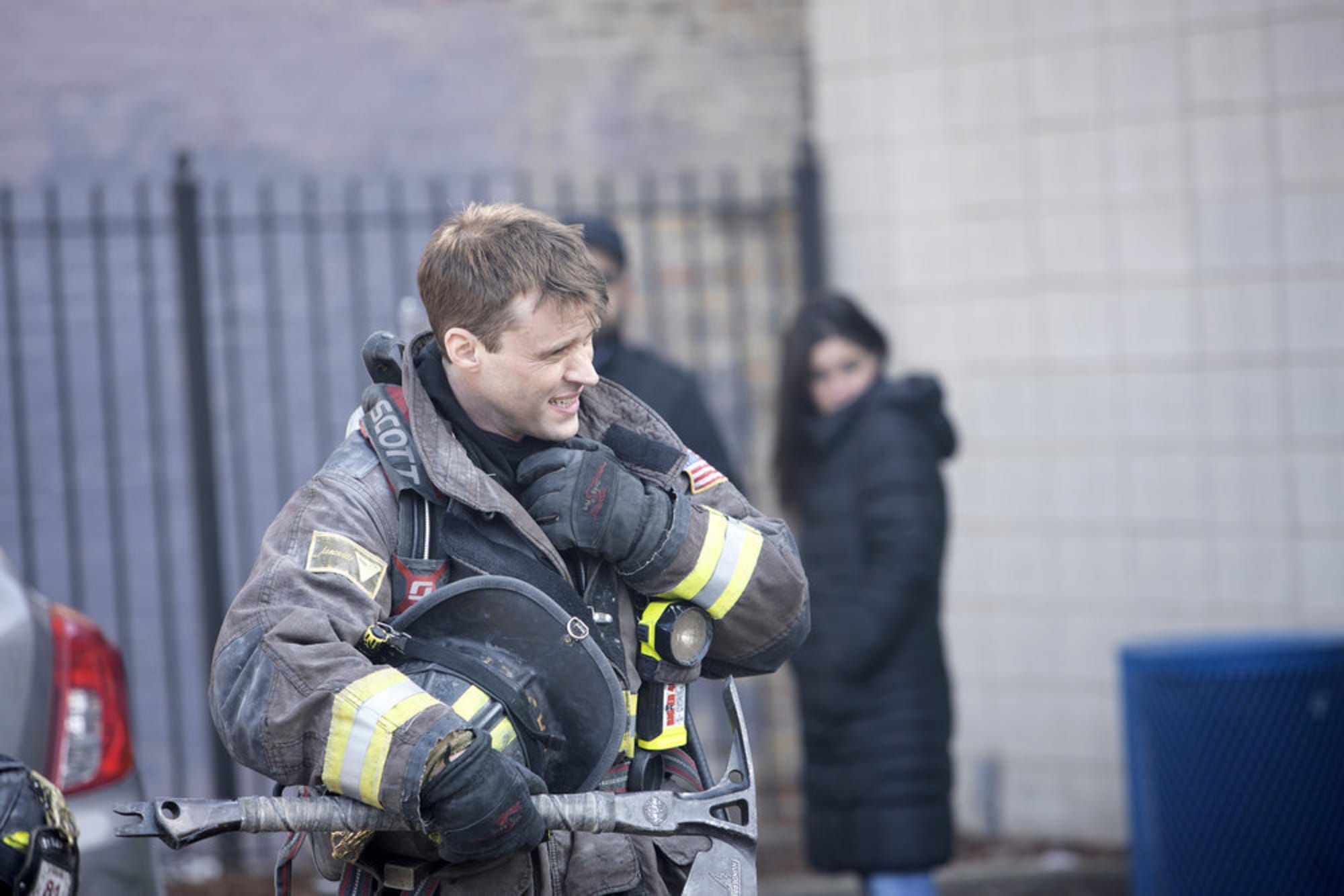 Created by Michael Brandt and Derek Haas, ‘Chicago Fire’ is an action-drama series that revolves around the firefighters, paramedics, and rescue personnel working at the fire department of the eponymous city. The show is part of Dick Wolf’s One Chicago franchise. Since its premiere on October 10, 2012, ‘Chicago Fire’ has received mixed reviews from critics. But the audience response to it has been overwhelmingly positive, with most seasons of the show consistently ranking in the top 35 in viewership numbers in the USA.

In the season 9 finale, Casey stares at his uncle’s vintage watch and is reminded to live his life to the fullest. Brett confesses that she is in love with him, and they make love to each other. Severide asks Casey to be the best man at his wedding. Boden apparently makes a decision whether to accept the job as the deputy district chief. The episode ends at a cliffhanger as Severide, Tony, Capp, and Cruz get trapped in a capsized boat. If you are wondering what is in store for you in the season 10 premiere, this is what you need to know.

Viewers can watch the season 10 premiere of ‘Chicago Fire’ by tuning in to NBC at the date and time specified above. You can also catch it on NBC’s official website and the NBC app. Additionally, the episode will be available on Fubo TV, DirecTV, Sling TV, and YouTube TV. The viewers can watch the episode a day later, on September 23, 2021, on Hulu+Live TV and Peacock. Furthermore, the episodes can be bought or rented on Amazon Prime Video, iTunes, Microsoft Store, Vudu, and Google Play.

The tenth season premiere, titled ‘Mayday,’ will most likely begin where season 9 ends, with Severide and the others trapped under the collapsing boat. The rest of the team will have to race against time to rescue their colleagues and friends. Boden’s eventual decision about the job offer will be revealed in this episode. He will probably choose to accept it and begin a new chapter in his life. After learning the truth about Gallo, Violet might agree to go out with him. Meanwhile, Brett and Casey might deal with the implications of their new relationship.

Most of the series regulars are set to appear in season 10 episode 1, including Jesse Spencer as Matthew Casey, the Captain at Firehouse 51; Taylor Kinney as Kelly Severide, Lieutenant at Firehouse 51; David Eigenberg as Christopher Herrmann, a senior firefighter at the Firehouse 51; Eamonn Walker as Wallace Boden, Battalion Chief and possibly the Deputy District Chief in season 10; Kara Killmer as Sylvie Brett, Paramedic in Charge; and Joe Minoso as Joe Cruz, firefighter/chauffeur of Squad 3.

We may also see Miranda Rae Mayo as Lieutenant Stella Kidd; Daniel Kyri as Darren Ritter, a firefighter candidate; Hanako Greensmith as Violet Mikami, a paramedic; Anthony Ferraris as Tony, a firefighter and engineer (driver); and Randy Flagler as Harold Capp, a firefighter. In season 10, Greensmith is set to be part of the main cast. Gianna Mackey, who portrays Paramedic Adriyan Rae in season 9, left the show after one season for “personal reasons.”