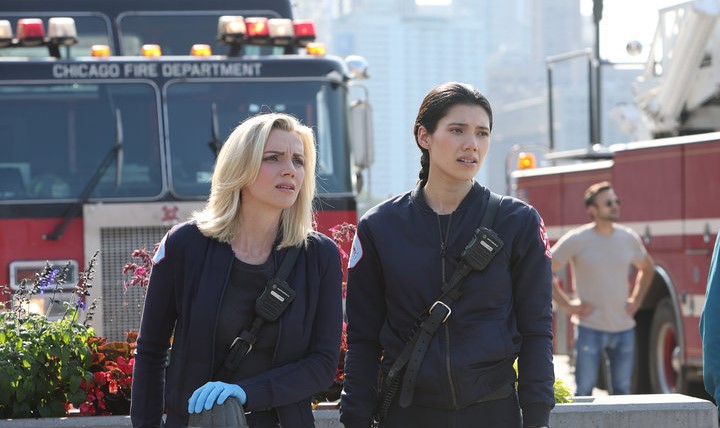 In the latest episode of ‘Chicago Fire,’ season 10, Gallo, Violet, and Ritter prepare to enter Winterfest, an event where they plan to market their business idea. Meanwhile, the team rescues a bunch of people trapped under a massive Christmas tree. The second emergency mission involves a man choking on a piece of Christmas decor. If you’re not updated with the latest happenings, feel free to rely on our recap. Now, we have a lot to tell you regarding what the upcoming episode might reveal!

The show is currently on a mid-season break set to end soon. ‘Chicago Fire’ season 10 episode 10 is scheduled for release on January 5, 2022, at 9 pm ET on NBC. New episodes will then continue to land on Wednesdays.

Cable users can watch ‘Chicago Fire’ season 10 episode 10 on NBC at the date and time given above. If you miss the television broadcast, you can catch the episode on NBC’s official website or the NBC app. There are several live streaming options available too. They are Fubo TV, Sling TV, DirecTV, Hulu+Live TV, YouTube TV, and Xfinity. The latest episodes are available on Hulu, Peacock, and USA Network. You can also watch it on-demand on iTunes, Vudu, Microsoft Store, Google Play, Amazon Prime Video, and Spectrum. Viewers in Canada can watch the show on Citytv.

In season 10 episode 10, titled ‘Back with a Bang,’ Stella Kidd’s arrival will be surprising for us viewers as well the other characters alike. However, we do not know if she will be back for a longer period even though she will decide to join her colleagues in Firehouse 51. It remains to be seen how Kidd fits into the picture, given that Boden has already offered her former role to Pelham. The main event afflicting the team in the new episode will involve a potassium fire in a tunnel. Apart from losing his mind over the damage caused, Ritter will be concerned about a young cop who will witness the terrifying accident. Here’s a promo that might interest you!

Episode 9 of ‘Chicago Fire’ season 10, titled ‘Winterfest,’ revolves around a Christmas tree dangerously collapsing on top of holiday shoppers. As a result, they remain trapped under its massive branches until help arrives. The second highlight of the episode is the Winterfest, where Gallo, Violet, and Ritter prepare to kickstart their new business: a microbrewery. However, setting it up takes a lot of effort and hard work. The trio ends up facing surprising challenges in the process.

As Gallo, Violet, and Ritter pitch their idea in the fest, the judges are not happy with the quality of their product. So, it gets rejected considering how other microbreweries thrive on excellence. Meanwhile, the team rushes to save a man choking on a large chunk of Christmas decor. Sylvie Brett takes control of the situation like a true hero. However, the win does not remedy the fact that her request to extend the paramedic program to their state did not come through. Just as she is about to lose hope, the paramedic chief-in-charge of the program shows up with the people who benefitted from the initiative.

The subsequent testimony turns out to be enough to change the judge’s verdict. Sylvie’s proposal finally gets through, just like a true Christmas miracle. On the other hand, Stella Kidd’s absence is also brought up. She has disappeared for weeks, and not even Severide is aware of her whereabouts. He has not been in touch with her ever since she left, so things have begun to look more or less bleak. Surprisingly, in the last few seconds of the episode, Kidd shows up without any prior word or warning.