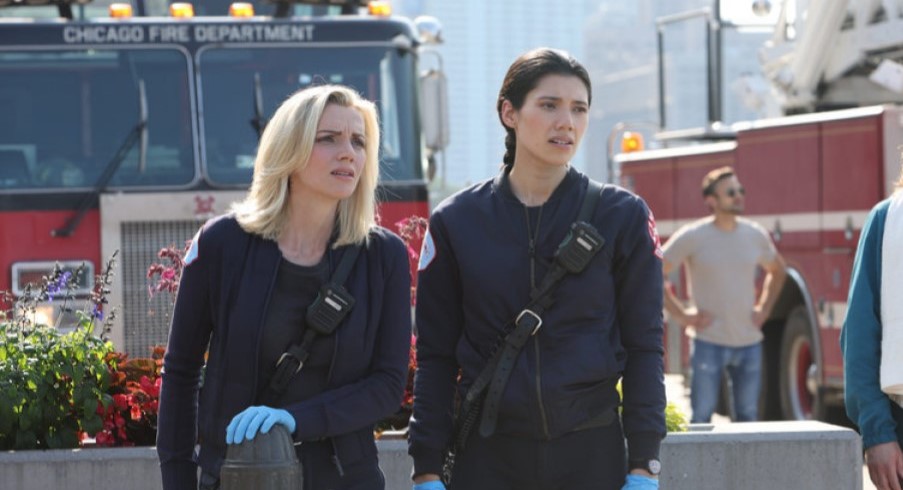 In the second episode of ‘Chicago Fire’ season 10, Hermann and Ritter unexpectedly find a little boy trapped inside a car during normal hours of duty. However, the nearest hospital is too far for them to make it there on time. Hence, the pair break rules to get him treated as soon as possible. Casey becomes the talk of the city after a video of him rescuing someone goes viral! Take a look at the recap section if you need a refresher on episode 2. Now, here is all you should know about ‘Chicago Fire’ season 10 episode 3!

‘Chicago Fire’ season 10 episode 3 is set to release on October 6, 2021, at 9 pm ET on NBC. Airing on every Wednesday, the episodes have a runtime of around 42 minutes each.

You can watch the ‘Chicago Fire’ season 10 episode 3 by tuning in to NBC at the date and time specified above. You can also catch it on NBC’s official website and the NBC app. Additionally, the episode will be available on Hulu + Live TV, Fubo TV, DirecTV, Sling TV, Xfinity, and YouTube TV. The viewers can watch the episode a day later on Hulu and Peacock. Furthermore, the episodes can be purchased or rented on Amazon Prime Video, iTunes, Microsoft Store, Vudu, Spectrum, and Google Play.

In the third episode, titled ‘Counting Your Breaths,’ Griffin will confront the actual circumstances behind his father’s death which would have something to do with him reaching out to Casey. Meanwhile, Gallo, Ritter, and Violet will find ways to improve their microbrewery business. The trio is here to stay, and the narrative surrounding their business is slowly opening up new avenues for these characters. It will also be interesting to see how Severide and Stella’s relationship progresses. Here’s a promo you can watch!

In Episode 2, titled ‘Head Count,’ Herrman and Ritter try to pull out a car from underneath a semi-truck, but there is a muffled noise that distracts them. On further inspection, they find a little boy stuck under the backseat who needs urgent medical attention. Since that moment, Herrmann feels an inconsolable sense of fear regarding the loss of a child. Cruz is also traumatized by his near-death experience causing him to lose his focus.

Meanwhile, Casey gets captured in a video featuring him during one of his rescue missions. It goes viral, following which he gets attention from people, especially teens, and Chief Boden motivates him to take advantage of his fame. However, a local news channel edits the part where he talks about serious issues. Brett and Hermann face a penalty for breaching ambulance protocol during the rush to save a kid. The latter singlehandedly bears the punishment.

Boden clarifies that it is risky to make such decisions primarily because Hermann is rooting for a promotion. Yet, the dedicated firefighter admits that the safety of people comes first to him no matter what. In the end, Casey reluctantly agrees to meet a fan who actually identifies as Griffin Darden, late firefighter Andy Darden’s son. He needs Casey’s help in a serious matter.