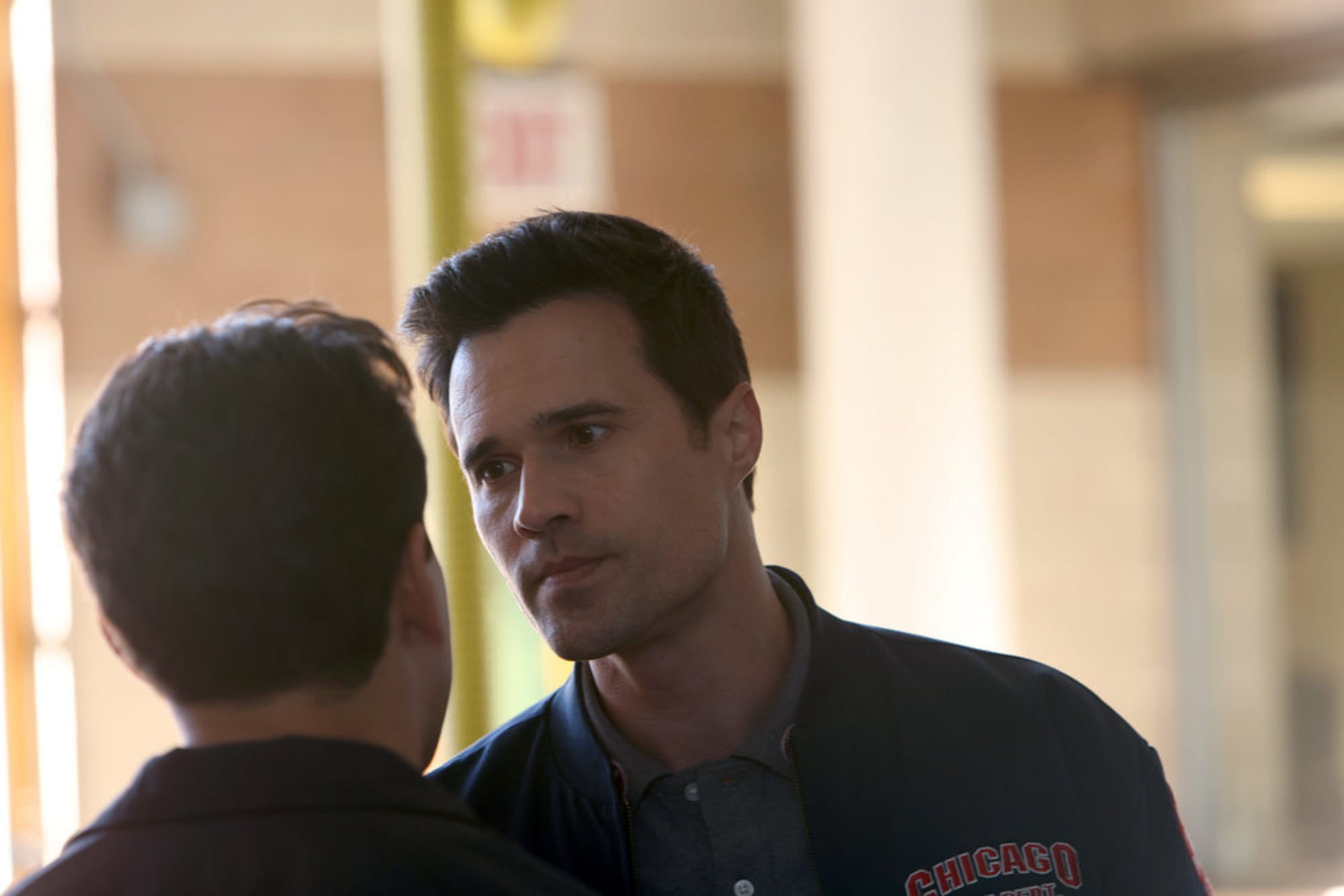 In the most recent episode of ‘Chicago Fire’ season 10, the new lieutenant Pelham ruffles some feathers while Boden continues to keep an eye on him to see if he could be an asset to the team. Severide’s efforts bring him closer to the answer regarding who is responsible for the deadly church fires. The recap section will give you an idea of what happens in the seventh episode of the season. Now, let us share with you all the information you will need to prepare yourself for season 10 episode 8!

‘Chicago Fire’ season 10 episode 8 is scheduled for release on November 10, 2021, at 9 pm ET on NBC. New episodes typically arrive every week on Wednesdays. However, episode 8 is reportedly the final installment of season 10 before the show goes on a mid-season break.

Cable users can watch the eighth episode of season 10 on NBC at the date and time given above. If you miss the television broadcast, you can catch the episode on NBC’s official website or the NBC app. There are several live streaming options available too. They are Fubo TV, Sling TV, DirecTV, Hulu+Live TV, YouTube TV, and Xfinity. The latest episodes are available on Hulu, Peacock, and USA Network. You can also watch it on-demand on services such as iTunes, Vudu, Microsoft Store, Google Play, Amazon Prime Video, and Spectrum. Viewers in Canada can watch the show on Citytv.

The eighth episode of the current season is titled ‘What Happened at Whiskey Point?’ The rising tensions between the characters will define the upcoming episode. There will be some friction between Severide and Herrmann, whereas matters between Gallo and Pelham will reach a boiling point. It appears that Gallo disobeying Pelham’s orders will be the trigger for their clash once again, although they seemed to have found some common ground in episode 7. This incident might make Boden have second thoughts about whether Pelham is what the team needs. On a lighter note, Brett and Ritter will encourage Violet to take things forward with Gallo. Here is a peek into the upcoming episode!

In season 10 episode 7, titled ‘Whom Shall I Fear?’ Interim Lieutenant Jason Pelham’s arrival causes some disturbances among the Firehouse 51 squad. Pelham is filling in for Casey, and his leadership style is distinctly different. But it is Gallo who reacts most strongly to this change. A miscommunication causes a clash between him and Pelham. And the way the latter handles the situation does not go unnoticed by the others, especially Boden, who is keeping a close watch on him to decide if the interim lieutenant should be given a permanent position at Firehouse 51.

Meanwhile, Severide continues to look for the person responsible for the church arsons. It becomes apparent that this person targets specific kinds of churches— those that are progressive. It appears that a man called Larry Muller may be behind these incidents. Severide and his team manage to avert another disaster after they come across blueprints of a car bomb. And Muller gets a taste of his own medicine when he is the only person harmed in the car explosion.

Boden is thoroughly impressed with Pelham, who comes to his aid as the bomb goes off. However, Herrmann feels that there may be more to the new lieutenant’s story than he lets on. Therefore, Herrmann and Mouch decide to keep a close watch on Pelham. The episode ends with Gallo and Pelham supposedly ironing out their differences.