Chicago Fire Season 10: What to Expect? 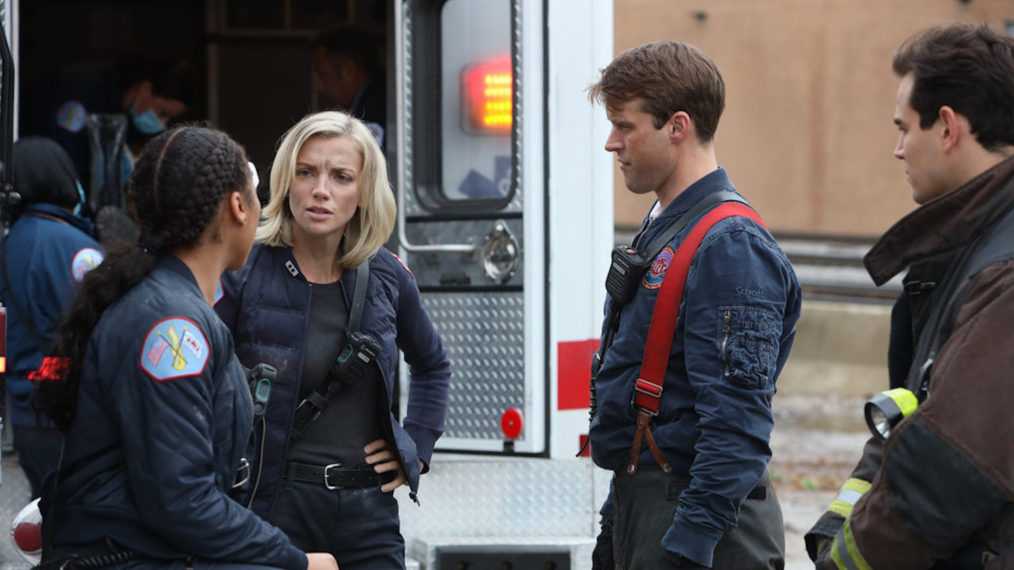 Conceived by Derek Haas and Michael Brandt for NBC, ‘Chicago Fire’ is an action-drama television series revolving around the proceedings of the fire department of the titular city. The series is the first among the sprawling ‘One Chicago’ franchise by Dick Wolf, and the acclaimed creator of the ‘Law & Order’ franchise himself plays the role of executive producer in the series.

Following its original release in October 2012, the show has spawned nine seasons amidst decent viewership ratings and considerable critical approval. Critics have praised the realistic depiction of disasters in the show and the remarkable chemistry between its stellar cast ensemble. Following the cliffhanger finale of season 9, you must be restless to catch the tenth season on screen. If you are curious about the release date and other details regarding ‘Chicago Fire’ season 10, let us help you out!

Since the conclusion of season 9 on May 26, 2021, fans must be waiting with bated breath to find out what happens following the cliffhanger ending. Well, the wait is officially over, as the original network has set a date for the premiere of the tenth season. It has been confirmed that ‘Chicago Fire’ season 10 will premiere on September 22, 2021, at 9/8c on NBC.

The good news is that the show was renewed for the ninth, tenth, and eleventh seasons in February 2020, so there will hopefully be less delay in the middle of seasons. The production for the upcoming season began on July 23, 2021. Co-star Kara Killmer also shared an update with the fans through a hilarious video from the set.

Chicago Fire Season 10 Cast: Who is in it?

Like other installments of the show, there are prospectively some big changes in store for the tenth season. Among the cast members, Christian Stolte will reprise the role of Senior Firefighter Randall “Mouch” McHolland, alongside Miranda Rae Mayo (Lieutenant Stella Kidd) and Alberto Rosende (Firefighter Candidate Blake Gallo). Joe Minoso will essay the character of Firefighter/Chauffeur Joe Cruz, while Kara Killmer will don the garb of Paramedic in Charge Sylvie Brett.

Among recurring cast members, we shall see Michael Cognata (Julian Robbins, Chief Boden’s brother-in-law) and Melissa Ponzio (Donna Boden, Chief Boden’s wife). In other developments, Hanako Greensmith (Paramedic Violet Mikami) has been promoted to be a series regular after staying as a recurrent cast member for the past two seasons. Other specifics are not clear, although the firehouse dog Tuesday will return in her previous role.

Chicago Fire Season 10 Plot: What is it About?

The ninth season of ‘Chicago Fire’ begins on a happy note as Severide, Cruz, and Tony find out about Capp’s girlfriend. Although they don’t believe Capp at first, they are happy for him. On the other hand, Severide and Stella spill the beans about their engagement to the co-workers. The air is one of celebration, but along comes the devastating finale of the season. The cliffhanger of the season sees members of Squad 3 caught up in a fatal situation.

The squad receives a late-night call for an overturned boat with a person trapped inside and rushes to the disaster scene. They find the guy, but the team discovers the only exit to be blocked. In the meantime, the rescue party realizes that the cylinders are out of oxygen after running for about 20 minutes. In the end, Severide makes the call to find another way out.

The tenth installment will presumably take the story forward from the cliffhanger finale of the ninth season. The biggest question in the viewers’ minds would be regarding the final fate of the members of Squad 3. We are yet to see whether they emerge out of danger unscathed, and the pilot of the tenth season will seemingly give us a definitive answer.

We have seen major characters being killed off in the series, and it will not be surprising if at least one from the team dies in the mission. The show keeps itself grounded in realistic terrain by putting the professional characters in high-stake situations and occasionally killing fan-favorite characters. Therefore, we may certainly expect some massive revelations in the tenth season.