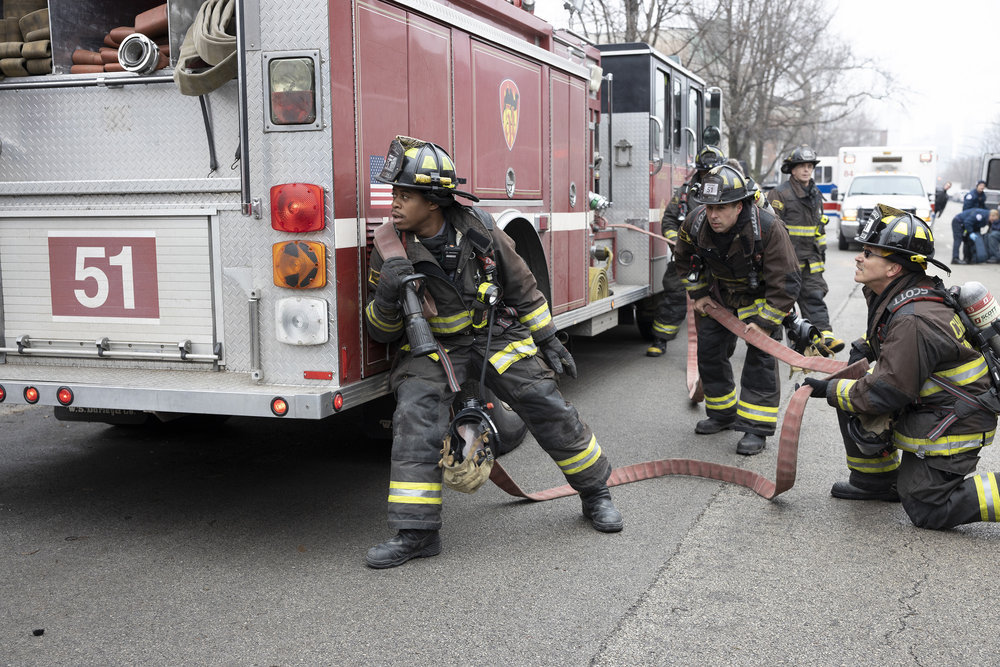 The eighth season of Chicago Fire is finally reaching its end, with the penultimate episode from the installment having landed this week. Although this was unplanned, NBC was forced to cut the series short because of the ongoing health crisis. But still, we can expect some interesting storylines from the finale, which happens to be the 20th episode. Well, read on to know more about Chicago Fire Season 8 Episode 20.

Chicago Fire Season 8 Episode 20 Release Date: When Will It Premiere?

Here’s how the synopsis goes for the upcoming episode: “When one of 51’s own gets injured on a call, Lt. Severide becomes obsessed with helping out. Foster contemplates a big decision. Kidd is concerned for one of her high school trainees.”

You can watch its official promo below:

In episode 19, Firehouse 51 deals with a major crisis. Certain protestors chain themselves to the 51 trucks and demand to reopen their own community fire station. Boden asks his crew not to retaliate. Severide and Cruz try to figure a way out while Hermann attempts to reason with the leader of the protestors.

The protest had started on a peaceful note but the situation soon escalates when a group of supporters enter the firehouse and take over the common areas. Cruz is extremely dejected when he sees people disrespecting Otis’ memorial. Casey tries to ease the situation by talking to the community’s alderman but the latter is not helpful. However, when the leader passes out due to some unknown reason, he is cut loose from the truck and Brett and Foster try to save him.

Things get more chaotic and Will from Chicago Med is called to attend to the leader. A fight breaks out and one of the supporters attacks Severide and as its aftermath, Cruz gets a bump on his head. He is fine but he needs a few stitches. At the wedding, Chloe is surprised to see her bandaged to-be husband but the vows are held anyway — much to everyone’s relief. Finally, a social media clip prompts the alderman to interfere and the situation is controlled.

Brett is in for a shock when Sylvie’s husband reveals that he cannot take care of the baby alone. Brett now needs to take care of her half-sibling or else, he will be given up for adoption. Casey comes to know about it and tells Brett: “Whatever you decide, I’m here.”

Read More: Chicago Med S05 E20: How And When To Watch Online?