Chicago Med S05 E15: How And When To Watch Online? 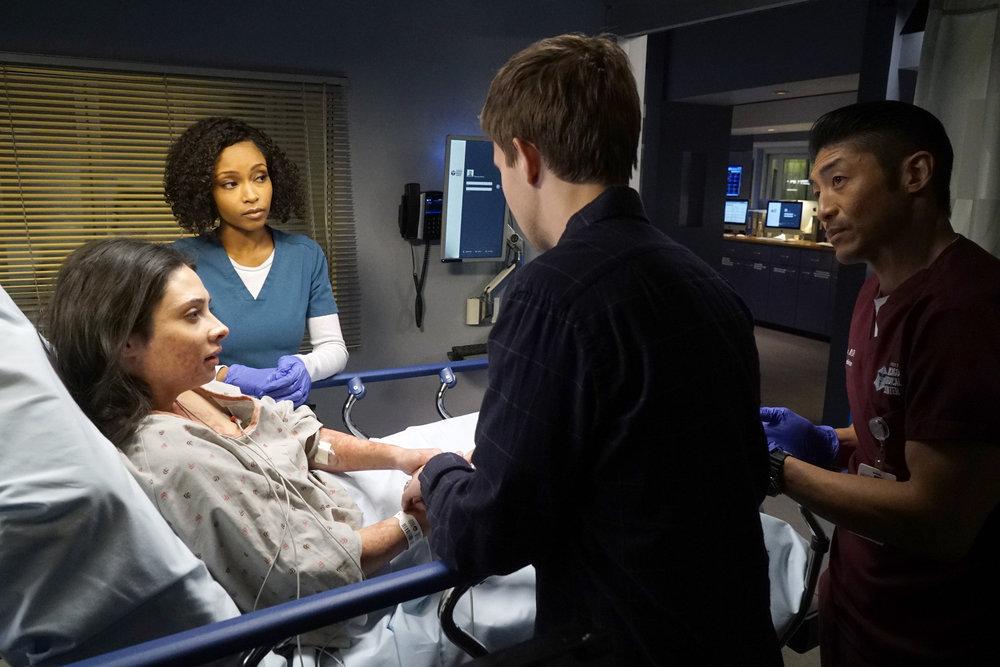 This week, in ‘Chicago Med’, we witness the unlikeliest of alliances. In episode 14, Dr. Natalie Manning and Dr. Crockett Marcel get together in order to deal with a potential case of domestic violence. So how does this go? Check out our recap section for detailed insights.

Now, if you are done with the last episode, you might wish to know more about how the story will take off from here. Read on to know the details of the upcoming installment, i.e ‘Chicago Med’ season 5 episode 14.

Chicago Med Season 5 Episode 15 Release Date: When Will It Premiere?

Here is what to expect from the upcoming episode as per the official synopsis: “Dr. Charles and Dr. Manning treat a patient who is fully invested in pretending to be someone other than himself. Noah begins to doubt his abilities as a doctor. Dr. Marcel and Dr. Choi are faced with a tough ethical decision. Dr. Halstead puts his faith in an addict.”

Last week, we had met Dr. Hannah Asher, a drug addict, who visits Dr. Halstead’s safe injection site. But neither can report about the other’s illegal activities since they both know they are hiding something from the board. Meanwhile, Manning and Marcel deal with a married couple, Kim and Rick Tyler, who are victims of a car accident. But the case takes a complicated turn when Manning sees old bruise marks on Kim’s body. Of course, this leads Manning to suspect that Kim is a victim of abuse.

Now, when the doctors need to go ahead with a surgery for Rick, Kim needs to sign a form giving her approval. While Manning thinks that under the circumstances, Kim should not have the right to partake in medical decisions, Marcel believes she should not be denied her rights only because she is a victim of domestic violence. Finally, the board decides to keep Kim out of the whole process and they give a go-ahead to the surgery. But when Rick recovers without a leg, Kim is terrified and turns off the ventilator, killing him.

On the other hand, Halstead decides to abandon his safe injection site. He then discusses with Asher about her treatment options — to help her overcome her drug addiction. She agrees under one condition — Halstead would need to come to her place that very night!