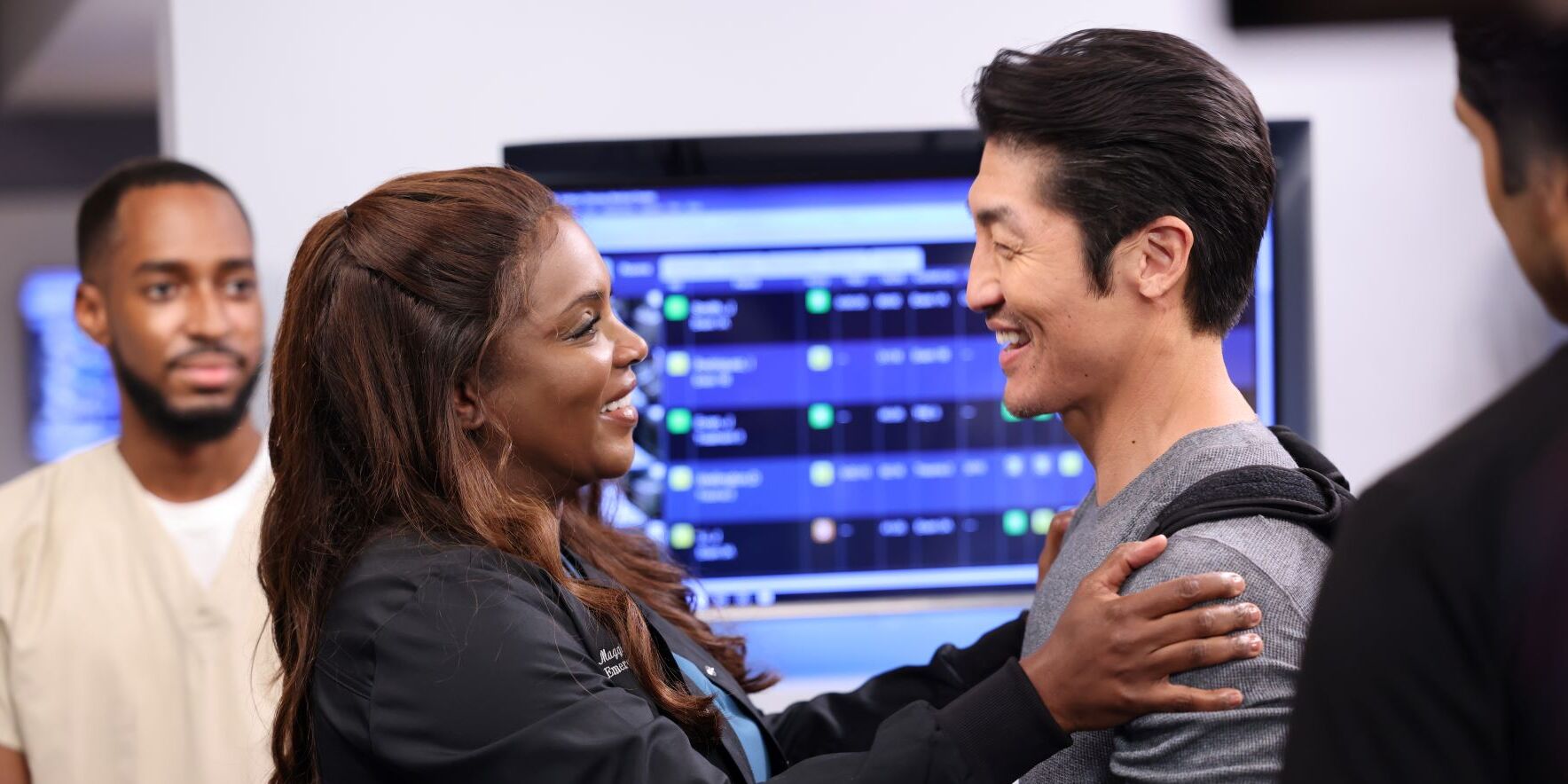 In the latest episode of ‘Chicago Med’ season 7, a familiar face returns to Gaffney Chicago Medical Center after a prolonged absence. A new technological device for heart patients does not seem to give the results that the doctors hoped for. In fact, it might put the administration of Gaffney in a tight spot as they deal with the threat of facing legal consequences. Our recap will tell you more about what happened recently in the seventh installment of the medical drama. But here is everything you need to know before season 7 episode 8 lands!

‘Chicago Med’ season 7 episode 8 is scheduled for release on November 10, 2021, at 8 pm ET on NBC. New episodes release on a weekly basis every Wednesday. But the upcoming episode marks the midseason finale, after which the series will take a break.

The best way to catch season 7 episode 8 of ‘Chicago Med’ is by tuning in to NBC at the aforementioned date and time. The episode will also release on NBC’s official website and the NBC app. There are a plethora of options for those who want to live stream it, such as DirecTV, Hulu+Live TV, YouTube TV, Sling TV, Xfinity, and Fubo TV. In addition, the latest episodes land on USA Network, Hulu, and Peacock. The VOD platforms on which you can watch the new episode are Amazon Prime Video, iTunes, Vudu, Microsoft Store, Google Play, and Spectrum. Fans in Canada can watch the series on Citytv.

The upcoming episode, titled ‘Just as a Snake Sheds Its Skin,’ promises to be an eventful one. Even though Dr. Ethan Choi is back at work, settling into his skin as a professional might not be as easy as he had imagined. We will see him break down after a risky procedure on a patient will not go as planned. Vanessa might be in trouble, and it may have something to do with the annual random drug testing.

Stevie will ask Will to help her look for her mother. Furthermore, it seems that Dr. Daniel Charles with get into a heated argument with someone, possibly a patient. The new episode may even shed some light on Dylan and his life as he will have to make some tough calls. Check out the promo of the eighth episode of season 7!

The seventh episode of season 7 is titled ‘A Square Peg in a Round Hole.’ The episode marks the return of Dr. Choi after he recovers from the gunshot wound that put his life in jeopardy in the season 6 finale. Although he has recovered well, it seems like there is a long way to go before he is ready to resume his position as the head of the emergency department. And it is Dr. Archer – the interim head of the ED – who has been tasked with evaluating whether Choi is fit to return to work or not.

It seems that a new machine for heart patients may have been causing adverse effects and even death among some patients. So, Goodwin and Halstead keep a close watch on Cooper, who they suspect is aware of this and is still using the machine on his patients. Halstead even tries getting a confession from Cooper, who is as high as a kite but still wouldn’t give anything away. But when Cooper passes out after complaining of tightness in the chest, a concerned Halstead is forced to call 911.

On the other hand, it seems like Vanessa is having trouble keeping up with the pressure that comes with being in the medical profession. It is implied that she is taking some medication to help her cope. When Dr. Charles confronts her about it, she says that she is taking pills for allergies. Meanwhile, Stevie faces challenges on the family front. Her mother lives with mental illness, and the young doctor is forced to have the van in which her mother lives towed away. Once Stevie tells her mother the truth about the van, the latter leaves the house following an angry and violent outburst.