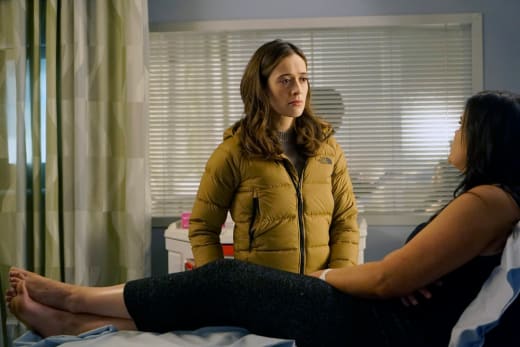 In the last episode of Chicago P.D, we witnessed a huge face-off between the good cops vs the bad cops. When the season returned with episode 13 this week, we would like to use just one line to describe it — it is so masterfully executed. The focus is on Kim Burgess and the story ends on a brutal, devastating note. We will come to that later.

Now, if you are already done with the last episode, you might want to know when and where the next part will be available for fans. Scroll down to get the details of the upcoming episode, i.e Chicago P.D season 7 episode 14.

Chicago P.D. Season 7 Episode 14 Release Date: When Will It Premiere?

Here’s what to expect from the upcoming episode as per the official synopsis: “A homeless man’s murder leads Intelligence to a criminal who has evaded capture for years. Rojas has a troubling experience with a young mentally ill man.”

Since this episode is centered around Burgess, let’s get straight to the point. Kim Burgess receives a call from a scared woman and she immediately sends her help after tracking the caller’s location. But unable to keep her mind off the incident, she herself arrives at the address. After entering the house, she and Trudy discover a bloody mess. There is also a mortally wounded man on the staircase.

Later, further investigation into the case reveals that George, the victim, had been running a sex-trafficking business. After checking his background and phone calls, they find a suspect named Daniel. Meanwhile, Kim locates a girl named Mira and speaks to her. Mira informs her that all the girls are gone and there is no way anybody can save them.

Mira, after much reluctance, tells her that Daniel and his phonies keep the women drugged, hungry and working. After getting all the details, the team manages to trace the whereabouts of the missing girls. There’s a planned bust at the house and they find 18 women minus the pimp. But Kim still cannot find the woman who had called her.

Among the rescued women, one girl called Natalie reveals that Daniel killed George after their girl baby called 911. The team is able to track the cell phone from where the call was made and Kim heads to a motel. The victim’s name is Emma. Kim rushes in and gets into a face-off with Daniel, receiving a couple of shots in return. The rest of the crew arrives and all of the injured members are transported to the hospital. Toward the end, it is revealed that Kim lost her baby after the altercation.