Chicago P.D. Season 9: Everything We Know 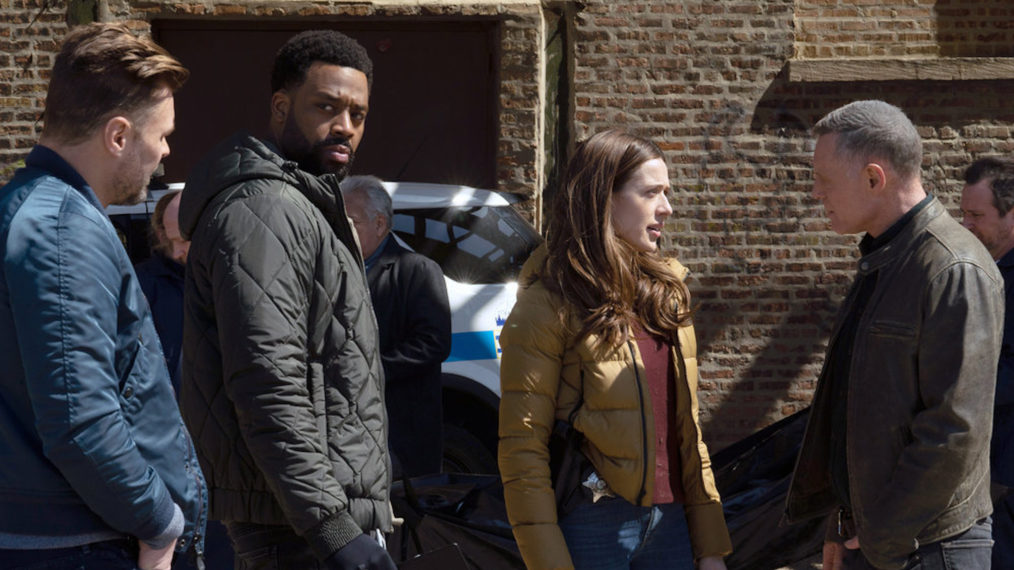 ‘Chicago P.D.’ is a part of Dick Wolf’s television empire of crime shows called ‘One Chicago.’ The team of creators for the police procedural drama is the same as that of ‘Chicago Med,’ comprising Dick Wolf, Matt Olmstead, Michael Brandt, and Derek Haas. The series revolves around the fictional 21st District of the Chicago Police Department, specifically the patrol officers and the Intelligence Unit. Their job is to look into major street crimes in the city. Originally released on January 8, 2014, the show opened to a mixed response from critics and the audiences.

The critics felt that although the series had potential, it fell into the comfortable box of an old-school cop drama. Although the storylines and action in ‘Chicago P.D.’ did not seem to be as enthralling as Wolf’s hit series ‘Law & Order,’ critics felt that the episodes were paced well enough to keep the viewers hooked. Some also pointed out that even though the series possesses a tint of the male-dominated era of crime series, it has created a niche for strong female characters who occupy a respectable place in the professional sphere.

Over the years, the show has garnered a strong fanbase and has made attempts to fuse relevant themes into the narrative. The recent storylines have also addressed the call for police reform and the Black Lives Matter movement. We have got eight seasons of the show so far, which is a testament to the popularity it has gained over the years. So naturally, you must be curious to know if a ninth edition of the series is on the horizon. Well, we are here to put your doubts to rest!

As far as the ninth season is concerned, the viewers can breathe a sigh of relief. If you weren’t aware, the ninth season was already announced, along with the renewal of season 8 on February 27, 2020. In fact, since NBC handed the show a three-season order, you need not be anxious about the tenth season. This mega-order was a part of the five-year deal that Dick Wolf and Wolf Entertainment signed with Universal Television in early 2020. As per the deal, ‘Chicago Fire’ and ‘Chicago Med’ were also picked up for three seasons simultaneously in 2020.

Even though ‘Chicago P.D.’ is rated lower than the other two series in the franchise, it still has a solid number of viewers. The low ratings could result from the 10 pm slot that the show occupies on Wednesday nights. However, it has shown a rise in the number of viewers just like ‘Chicago Fire’ and ‘Chicago Med.’ The recent outings of the police procedural drama have attracted about 11 million viewers per season.

After filming and release schedules went haywire in 2020, TV and film productions are trying to get back to their usual schedules. While season 8 was pushed to release a few months late in November 2020, we believe that it might not be the case with the ninth season. If the production team manages to slip back into its regular release pattern, fans can expect ‘Chicago P.D.’ season 9 to release sometime in September 2021.

Chicago P.D. Season 9 Plot: What can it be About?

In the final episode of season 8, the members of the 21st District are all shook up after Burgess goes missing on the job. Emotions run high as each of them has their view regarding how to go about handling the situation. Their dilemma is intense as some of the ideas cross the lines for what is considered ethical. Upton finds herself caught in the middle of two opposing units – as Ruzek and Atwater have a different approach than Jay and Voight.

The ninth season will most likely pick up from the explosive events of the season 8 finale. Burgess going missing not only has repercussions at her workplace but also on Makayla. Since Ruzek is the young girl’s custodial guardian along with Burgess, he might have to be the parental figure she needs in the latter’s absence. We may also see how things turn out for Jay and Upton. So, gear up for another action-packed and dramatic season as a lot is going to go down at the 21st District of Chicago Police Department.