Chicago PD Season 8: Everything We Know 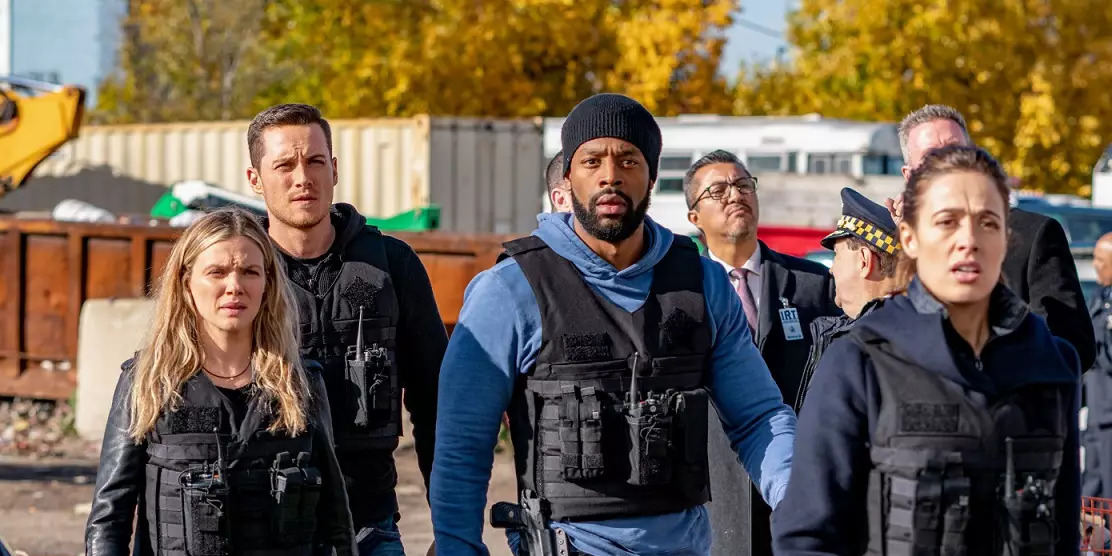 ‘Chicago P.D.’ is a crime drama revolving around a team of detectives led by a cop, who’s quite ruthless in his pursuit of justice. It follows the Intelligence Unit of the 21st District of the Chicago Police Department as the central characters tackle perpetrators of the city’s major street offenses, from serial killers to drug trafficking, and that’s just their professional life. The police procedural, along with ‘Chicago P.D.’, ‘Chicago Justice’, and ‘Chicago Med,’ is a byproduct of NBC’s ‘Chicago Fire.’

Together known as ‘One Chicago’ franchise, it focuses on various aspects such as police force, prosecutors, and intelligence unit, and the medicinal team as their core premises, respectively. On February 27, 2020, during the run of the seventh season, the official announcement regarding the renewal of seasons eight, nine, and ten. So when can the audience expect the next chapter of the story? Well, here’s everything you need to know about ‘Chicago P.D.’ season 8.

‘Chicago P.D.’ season 8 was initially slated to follow suit of its forerunner editions and premiere in mid-September, but the unrelenting events of 2020 considerably put a pin in the production leading to a postponement. So as per the revised schedule, ‘Chicago P.D.’ season 8 is set to release on November 11, 2020, at 10 pm ET, on NBC.

The chief characters from the show are all expected to return for season 8, which includes Jason Beghe as Hank Voight, Jon Seda as Antonio Dawson, Jesse Lee Soffer as Jay Halstead, Tracy Spiridakos as Hailey Upton, Marina Squerciati as Kim Burgess, Sophia Bush as Erin Lindsay, Laroyce Hawkins as Kevin Atwater, and Patrick John Flueger as Adam Ruzek. As for any other casting tweak, there hasn’t been an announcement yet, so we will have to wait for an official update from the network.

Chicago P.D. Season 8 Plot: What can it be About?

The finale of season 7 is a roller-coaster ride, that sets up one of Intelligence’s finest, Atwater, for an immensely difficult season eight. The finale follows Atwater as he reluctantly agrees to go undercover with Tom Doyle (Mickey O’Sullivan), despite him being a racist cop who held him at gunpoint last season. Unfortunately, things haven’t changed for Doyle though, as he assumes – largely based on his biases against people of color – that a black man was up to no good and pursuing him leads to Doyle getting fatally injured in the crossfire that ensues.

Following Doyle’s death, Atwater makes his decision to go with the true retelling of events to his superiors, about Doyle having no justifiable right to have pursued the man who eventually wound up killing him. However, it doesn’t fly with Doyle’s supporters as Atwater returns home to find them camped out in police cars.

Season 8 will explore the aftermath of the seventh season. It might showcase the after-effects of Doyle’s passing on the rest of the Intelligence unit, and also put the focus on whether they have Atwater’s back or not. During an in-depth breakdown of the season 7 finale, the executive producer, Rick Eid divulged on his original plans that didn’t end up happening. Along with revealing that the original season finale has been pushed to episode 4 or 5 of season 8, Rick added that one of the beloved characters gets murdered in the episode. He also mentioned that season 8 will pick up in real-time rather than jumping ahead in the timeline.