Will There be a Chico Bon Bon Season 2? 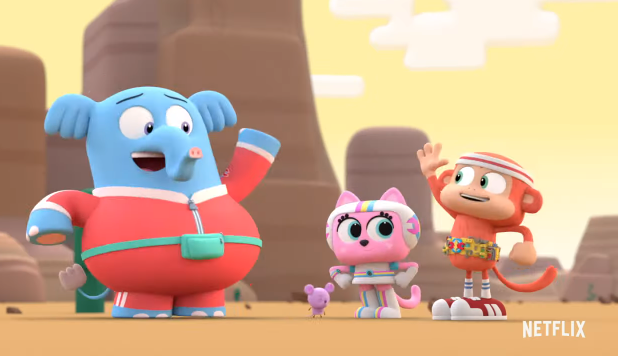 ‘Chico Bon Bon: Monkey With a Tool Belt’ is an animated preschool series that is produced by Silvergate Media. It joined Netflix’s repertoire of titles aimed at three- to five-year-olds. The story is about Chico Bon Bon, a very resourceful monkey, who can fix almost anything. Originally created by cartoonist Chris Monroe, the cheerful monkey is the star of a series of picture books, published by Lerner Publications of Minneapolis. After making its way to Netflix, the show was extremely well-received by its miniature fans, as well as, their parents. Now the question is: will there be a ‘Chico Bon Bon’ season 2? Let’s get straight to answering the question.

Chico Bon Bon Season 2 Release Date: When Will it Premiere?

When ‘Chico Bon Bon: Monkey With a Tool Belt’ was originally commissioned, it had already received an order for a total of 40 episodes. Hence, Netflix will be releasing the series in parts — which is an already established trend for the streamer. Yes, the second edition will land soon enough, and with its set-up already in place, it might premiere earlier than expected. In all probability, ‘Chico Bon Bon’ season 2 should release sometime in October 2020.

Chico Bon Bon Season 2 Cast: Who Can be in it?

The various characters in ‘Chico Bon Bon’ are voiced by a roster of talented voice actors, led by Robbie Daymond, Andy Abbott, Dayci Brookshire, Roberta Lemons, Anthony Tedesco, and Cole Seaver. In season 2, we expect most of the stars to make their respective comebacks.

Chico Bon Bon Season 2 Plot: What Can it be About?

Netflix describes ‘Chico Bon Bon’ as a story about a “monkey mechanic Chico Bon Bon and his Fix-It Force, who, armed with tools and mechanic smarts, helps the people of Blunderberg solve all of their problems.”

Created by Bob Boyle, Michael Goldberg, Kurt Mueller, and Gabe Pulliam, the fast-paced comedy and kids’ education series follows the various adventures of Chico and his Fix-It Force as they tackle all types of engineering problems in their technically challenged hometown. The team works at the Bon Bon Labs in Tool Force One where each day brings in new learnings. Sometimes, they have to encounter silly stupidity and at times, they need to tap into new skills. Packed with funny storylines and slapstick comedy, the series contains informational STEM themes, aimed to educate and entertain young viewers.

Season 2 will embrace the same premise and continue to chronicle the multiple quests of Chico and gang as they help their townsfolk fix serious engineering problems.