Child Actors From 90s: Then and Now 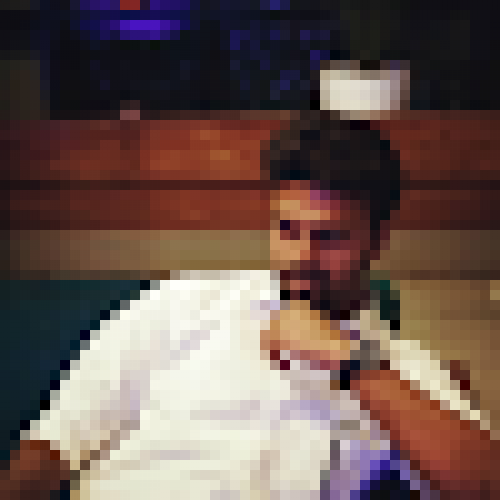 90’s was undoubtedly fascinating era for movies. This period gave us movies that still remain in our hearts forever. Remember those Sunday mornings when you used to wake up and run straight towards T.V to watch your favorite film on Disney channel, even though you watched it like millions of times already. That was the hype. And guess what the best part of the children movies was? Child Actors. Ever wonder how your favorite child actors from the 90’s look now? What are they doing in life, how they turned out to be? And if they are still pursuing their acting career?

Here is a list of 10 child actors from the 90’s that we all loved. We have mostly covered the movies that were loved by all age groups and not just children.

Did you know that Baby Bink was played by two and not one person? Yup. Baby Bink was played by the twin brothers Adam Robert Worton and Jacob Joseph Worton. And both of them have turned out to be handsome young men. Unfortunately, Baby’s Day Out was their only film and they never acted in any other movie or TV show after that. But they both have their different careers. According to some resources Adam (left) is now part of Phi Mu Alpha Sinfonia Fraternity. The world’s oldest and largest fraternal society in music. Not much is known of Jacob (Right) but he is believed to have moved to Ontario.

So what exactly happened to the most well-known child actor in the movie industry? It turns out that Culkin’s personal life wasn’t as glamorous as his social life. His relationship with his parents was rather fraught. He announced that he was planning to quit acting when he was 14. He dropped out of high school when he was 17 in order to marry his childhood sweetheart Rachel Miner but later was divorced. He also had long term relationship with actress Mila Kunis which did not end well for Culkin as he then started becoming drug addict. Culkin was well known for his role in Home Alone, My Girl, Richie Rich and The Good Son.

Remember Charlie Conway, the unofficial team leader of The Mighty Ducks? Joshua Jackson is a Canadian actor. He performed in several movies and TV shows after TMD series and managed to keep variety in roles throughout his career. He is currently playing Cole Lockhart in TV show The Affair.

Free Willy Series was well-made children’s film of its time. The protagonist Jesse is played by Jason James Richter as the boy who befriends Willy. He has worked in a few movies but he is mainly known for the role of Jesse. He also made a cameo appearance in the music video of Michael Jackson’s ‘Childhood’. He is known for his role in Free Willy Series, Laserhawk, Tekken and Cops & Robbersons. His latest role was in a movie called Last Rampage.

Honey, I Shrunk The Kids was the greatest family friendly comedy movie of my childhood. I used to watch it every time Disney channel played it and never got bored. Probably because I had a huge crush on Amy. Amy O’Neill is an American performer and former actress. She has worked in several sitcoms as a kid including her role as Molly Stark in 1986 soap opera The Young And The Restless. She was also nominated for Young Artist Award as her role in HISTK as Amy Szalinski.

Bug Hall was well known for his role in The Little Rascals and soccer comedy flick The Big Green in 1996. He has also worked in Honey, We Shrunk ourselves, American Pie the Book of Love and The Stupids. He has also won Young Artist Award for Best Performance by a Youth Ensemble in a Motion Picture for his work in The Munsters. He is still pursuing his acting career.

When started watched Stuart Little, I hated George. Only because he was mean to Stuart at first. But later he turned out to be a great brother and faithful friend to Stuart Lipnicki has worked in several movies. He is known for his role in Jerry Maguire, The Little Vampire, Like Mike and Stuart Little. He has also been a speaker for Breast Cancer Research Foundation and also currently involved with the Juvenile Diabetes Research Foundation.

Jumanji still remains one of the best fantasy comedy to watch with kids and family. Pierce has worked in several movies. Jumanji, The Borrowers, Sonic The Hedgedog, Chaplin, Beauty And The Beast are few examples of his work. He is no longer pursuing his acting career. He is a bartender. And he is also a co-founder of the sci-fi website and a company called ZFO Entertainment.

The Sixth Sense. A thriller flick that rendered millions of viewers speechless in the end with its twisted climax. Osment is best known for his roles in The Sixth Sense, A.I Artficial Intelligence, Pay It Forward, Entourage and also a small role in Forrest Gump. He recently made cameo in American sitcom Silicon Valley as Kennan Feldspar. Looks like he is still doing very well with his acting life.

An epic block buster by Steven Spielberg that exceeds every aspect of excellent visuals compared to the time. Surprisingly, a lot of visual effects still hold up till date. Remember little Tim who loved to get people and himself in lot of trouble? Well, he has grown to be a handsome hunk now. He is best known for his roles in Starkid, Jurassic Park, The Social Network and G.I Joe Retaliation.