When Will Chilling Adventures of Sabrina Season 3 Premiere on Netflix? 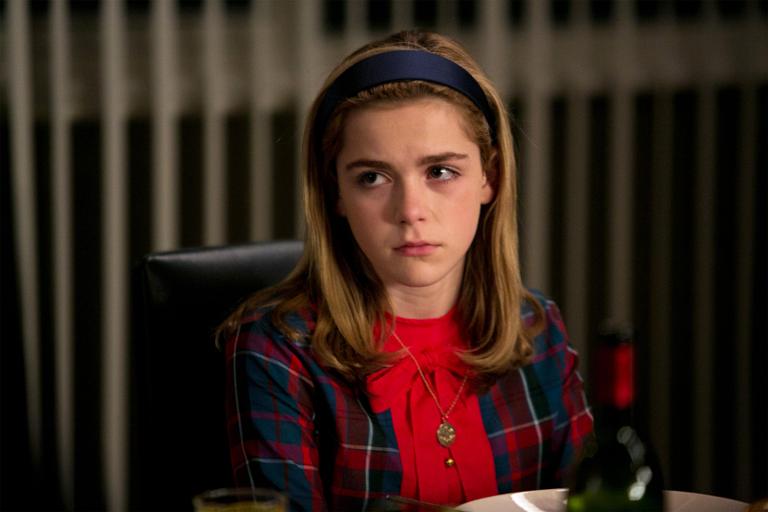 Chilling Adventures of Sabrina is a mystery series created by Roberto Aguirre- Sacasa and produced by Warner Bros, Archie Comics, and Berlanti Productions. The series is an adaptation of the comic book named Chilling Adventures of Sabrina. The series is a gripping narration of Sabrina’s struggle to cope up with her complex nature, which is a fusion of witch and human being. Sabrina is forced to overcome the evil forces that threaten to take over her completely and also protect her family which is in danger.

The supernatural series premiered on October 26, 2018, on Netflix. Chilling Adventures of Sabrina was intended to be released on The CW as a spin-off to the series, Riverdale, but the decision was revoked, and Netflix took over the show with the plan to telecast the series.

The show has spanned two remarkably successful seasons since its launch. So, the next question is: when will ‘Chilling Adventures of Sabrina’ season 3 release on Netflix? Let’s find out.

Chilling Adventures of Sabrina Cast: Who’s in it?

The show features Kiernan Shipka as Sabrina Spellman (a half-human and half-witch teenager), Jaz Sinclair as Rosalind Walker (Sabrina’s best friend), Michelle Gomez as Mary Wardell (an evil manipulative woman who wishes to train Sabrina so that the latter can become Satan’s foot soldier), and Chance Perdomo as Ambrose Spellman (Sabrina’s cousin who is a warlock).

Season 3 will see three new additions — Sam Corlett, Skye P. Marshall, and Jonathan Whitesell, who will appear in recurring roles of Caliban, Mambo, and Robin respectively. Apart from that, all of the lead cast members will be reprising their original roles.

Chilling Adventures of Sabrina Plot: What is it about?

Chilling Adventures of Sabrina, a supernatural drama series, is a gripping narration of the life of Sabrina Spellman, a half-witch and half-human teenager, who struggles to maintain a balance between her two natures. Sabrina has to resist the evil forces that try to empower and take over her and try to lead the normal life of a mortal.

Meanwhile, Sabrina has to protect her family, which is in danger. The story is about how this young teenager faces the challenges and hurdles that come her way and whether or not she is successful in overcoming them. Sabrina attends Baxter high, where she begins her training as a sorceress. She finds her true friend in Rosalind Walker (Jaz Sinclair), a daring and honest daughter of Greendale’s minister.

Sabrina gets a rude shock of life when she discovers that her favorite teacher at Baxter High, Mary Wendell (Michelle Gomez) is possessed by the devil’s forces and becomes Madam Satan. Madam Satan becomes highly dangerous as she can manipulate people and make them dance to her tunes in no time.

Sabrina finds love in Harvey Kinkle (Ross Lynch), a charming and romantic young boy who belongs to a coal miner family and is unaware of Sabrina’s dual nature and the evil forces trying to keep him and Sabrina away from each other. The character Sabrina is inspired by the character of the same name in Archie’s comic book.

In season 2’s finale, we see that Nick sacrifices himself to stop the apocalypse and is hence, banished to Hell with Madam Satan. So the third season will definitely follow Sabrina as she plans to rescue Nick with the help of Harvey, Roz, and Theo from the deepest corners of the underworld.

Creator Roberto Aguirre-Sacasa teased the plot of the upcoming season saying, “I think it’s safe to say that we are going to Hell, yes. We’re going to Hell. It’s very fun. It’s very fun. It’s dangerous, but it’s really fun.” He also added, “Sabrina’s a pretty tough cookie. It doesn’t take her long to figure out there’s a back door to Hell. So the Fright Club (Sabrina, Harvey, Roz, and Theo) goes on an epic quest to rescue Nick that is not dissimilar to a horror version of The Wizard of Oz.”

However, the quest is fraught with dangers. Since the Dark Lord has been removed from his throne, Sabrina is forced to assume the title of the “Queen” in order to defend the kingdom against the handsome Prince of Hell Caliban. On the other hand, in Greendale, a mysterious carnival arrives in town, threatening to ruin the Spellmans and the coven. Also, a certain cult of pagans wants to resurrect a sinister, ancient evil entity.

So, will Sabrina and her team defeat the Dark Lord forever? Will she reunite with Nick, or will Harvey create problems in their happily ever after? Watch the third season to find out.

Chilling Adventures of Sabrina Season 3 Release Date: When will it premiere?

‘Chillin Adventures of Sabrina’ Season 2 premiered with its first episode on December 14, 2018, on Netflix. It released the rest of its nine episodes on April 5, 2019.

As far as the next season goes, we have good news for the fans. The show has been renewed for season 3. On Saturday, December 7, 2019, Netflix released a teaser trailer and announced that ‘Chilling Adventures of Sabrina’ season 3 is slated to premiere on January 24, 2020. It will consist of eight episodes.

What’s more? The show has even been renewed for a fourth season. We don’t have a release date yet. But we will make sure to update this section as soon as we receive an official update.

You can watch the official teaser trailer for season 3 below: