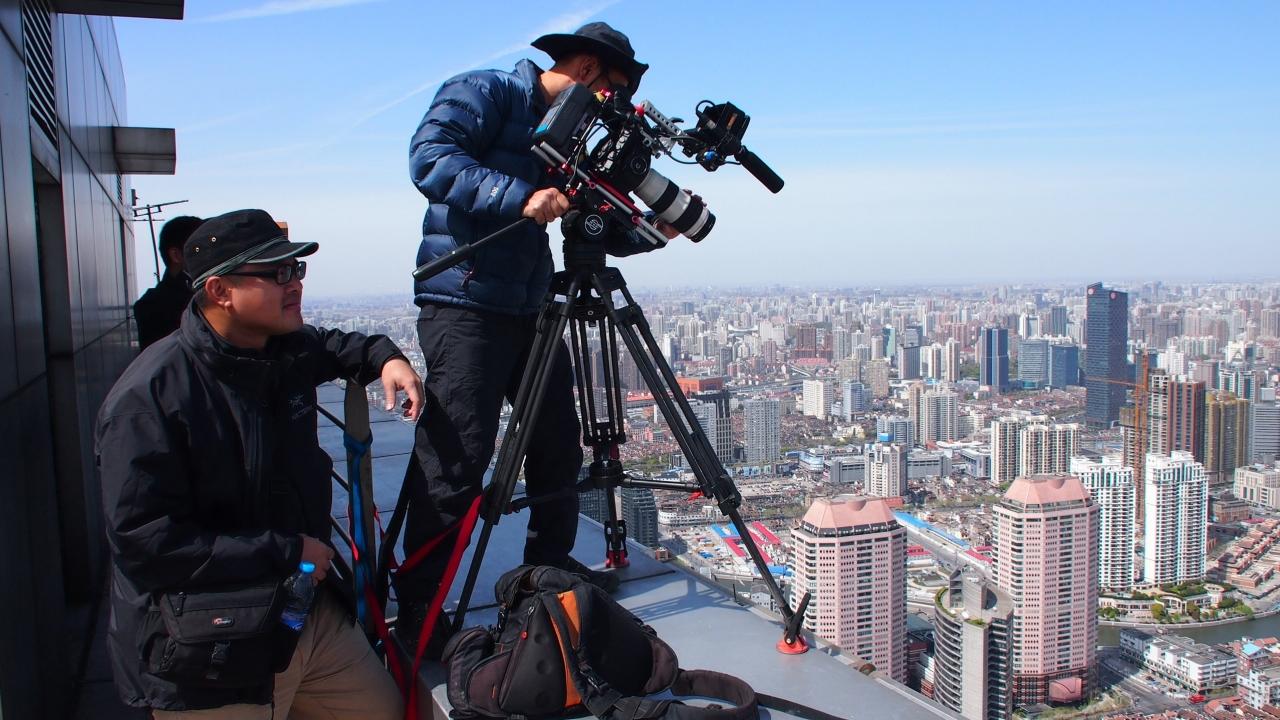 China From Above Cast: Who’s in it?

Andres Williams is the Narrator of the show. He is also an actor know for Thunderbirds Are Go (2015), Raid: World War II (2017) and Divinity: Original Sin II (2017) and a voice-over artist for many documentaries, commercials, corporate videos, e-learning, on hold and computer games. Other crew members and important people on the board are Zhuo De Quan who is a Chief Engineer, Zhao Jingbo- a Bus Driver, Wang Yang Man – an Engineer, She Peng – an Engineer, Sange – a Fish Farmer, Wang Shu Ping – Tourist, Zheng Xianzhang – a Photographer, Guangxian Yan – a Monitoring Officer, Gao Yang – the General Manager, Dabancheng Wind Farm, Ni Ye Ming – a Tourist, Wang Ying – a Martial Arts Director, Xu Zhi Hao – a Shanghai Resident, Wang Zhi You – a  Qiqihar Resident.

China From Above Plot: What is it about?

China from Above is an exploration with an aerial point of view of China’s coastal and Eastern provinces, which reveals the lives of people in the world’s most populated cities and rural locations. China has the largest population on Earth. It is an epic country of extremes. This show is a two-part series which looks at some of the massive and amazing industrial, natural, traditional and modern structures and events worth being seen and found across the entire expanse of the country.

First up is the east coast where we can find the longest sea bridge in the entire world is about to be completed linking southern Guangdong province which is China’s main manufacturing hub, with bustling Hong Kong and Macau. It Stretches 34 miles with a section that becomes a huge four-mile tunnel that can allow big container ships to pass, that is an exceptional $20 billion feat of cutting-edge engineering. More of the traditional features include a 1,000-year-old tradition of ice fishing that goes on till date, a beautiful kite festival filled with vibrant colours, warmth and joy, and an amazing tidal bore wave and salt farming that happens on a massive scale.

China is a country of such staggering contrasts and is also the home to some of the tallest mountains, arid deserts, bustling megacities, the ruins of ancient civilizations and the source of Asia’s biggest rivers. This series has two seasons and a total of four episodes that reveals the long-held secrets of its land and patterns of life both in traditional and modern China in the most beautiful ultra-high definition views, which portray around 40 locations across all four remote corners of the country. The audiences can see a combination of innovative aerial photography with on-the-ground human stories, the series showcases this mystical nation like never before and reveals a country that is breathtaking and fascinating.

So far we have had a look at the centuries-old religious traditions of the country, as well as its greatest man-made wonders. From the one and only majestic and unimaginable 13,000-mile long Great Wall to the famous and serene Hanging Temple of Shanxi Province and a generations-old horse race across the beautiful landscapes of the Zhaosu grasslands, the viewers will get to enjoy a front-row seat to this amazing country’s rich history and astonishing heritage. The audiences can experience not just history but also the current and bustling megacity of Shanghai.

The show surveys this enormous nation thoroughly while offering a greater understanding of the country’s rapid and fast-growing industrialization, how that very progress impacts our entire planet and how they are doing in the pursuit of eco-friendly solutions. Their journey of becoming eco-friendly with the help of giant wind farms to solar parks. This series has utilized helicopters, drones and five different directors who are experts in the field to bring audiences a very unique and comprehensive look at this powerhouse of Eastern culture. It helps the audiences understand that eventually the people and the stories are the same no matter where we live or what work we do, we are all on different but yet the same journey. Understanding a foreign culture helps us open our minds a little more to the fact that all of us are struggling for a better life for a more peaceful world and trying to bridge the gaps irrespective of the geographical and cultural distances that separate us. The show lets us see the side of China that we can find very relatable and enjoy the amazing Ariel views at the same time.

China From Above Season 3 Release Date: When will it premiere?

Season 2 of China From Above premiered in July 2018. As far the next season is concerned, there hasn’t been any official announcement confirming the renewal of the show. Though, considering the fact that Season 2 premiered three years after Season 1, we might have to wait a little for Season 3. If the show does get renewed China From Above Season 3 should release sometime in 2020 or 2021.

China From Above Trailer: