When Will Chip And Potato Season 3 Premiere on Netflix? 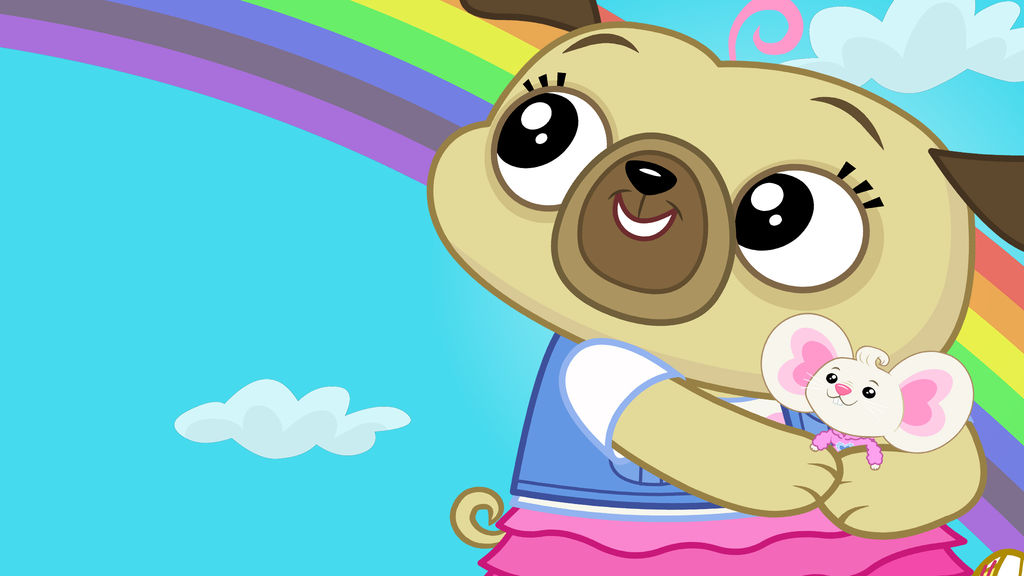 Created by Billy Macqueen, Catherine Williams, and Maddy Darrall, ‘Chip And Potato’ is a Family Jr. original series for children which is produced for TV by Netflix. The series centers around the adventures of a little pug called Chip and its toy, Potato, which is actually an alive mouse.

Macqueen is a veteran in children’s programs, having created shows like ‘Smile’, ‘Bear Behaving Badly’, ‘Pet Squad’ and ‘Baby Jake’. ‘Chip And Potato’ is yet another addition to the list of Netflix kids and pre-teen shows. With their intense focus on children’s programming, Netflix wants to expand its reach among the younger audiences.

The first two seasons of the show was well-received. Now, the question arises: will there be a ‘Chip and Potato’ season 3? We will delve into that question, but first let’s quickly look into the details of the series.

As it is clear from the title of the show, the two most important characters are Chip, a four-year-old pug, and its best friend, a living mouse which stays in its pocket. Interestingly, the family with whom Chip lives has no idea about the existence of potato. The character of Chip has been described as quite friendly and warm. It is voiced by Abigail Oliver. In the UK version of the show, the character is voiced by Ava Talbot.

Potato, on the other hand, is an interesting character. It never reveals itself as a living creature to anyone else other than Chip, and everyone presumes Potato to be a doll with which Chip plays. Canadian actress Andrea Libman voices the character. We have earlier seen her in ‘Little Women’ (1994), ‘Andre’ (1994), and in a guest role in ‘X-Files’. The voicework she did for the show ‘ My Little Pony: Friendship Is Magic’ brought her widespread recognition.

Besides these two, other important characters of the show are Spud (voiced by Chance Hurstfield), and Nico (voiced by Dominic Good), Chip’s brother and friend respectively. Chip’s parents, Little Momma (voiced by Briana Buckmaster) and Little Poppa (voiced by Brian Dobson) can also be seen in the series.

What is Chip And Potato About?

The series follows the adventures of the young pug called Chip and its friend Potato. We see Chip as she begins to grow up and goes out on play dates with other dogs, goes to the kindergarten, and has only Potato for comfort, having grown up without the support of parents. The story is basically about the friendship the dog and the mouse share. According to one of the co-creators, Darrell Macqueen’s official website, the show is not in the form of other anthology shows for children where a story begins and ends within one episode, and the lead characters are placed in another different story in the next one. This show is going to be in a serialized format.

The friendship story between a puppy and a mouse is a really interesting concept, and Macqueen claims that the ups and downs in the emotional attachment shared by the two become the crux of the story. We are already aware of a legendary show called ‘Tom And Jerry’, which is a story of the enmity between a mouse and a cat. Time will tell whether Chip and her best friend Potato can come even close to the status achieved by their renowned predecessors.

Chip And Potato Season 3 Release Date: When will it premiere?

As far as the next season goes, we don’t have an official announcement yet. Though considering that it’s a children’s show, we would be surprised if it doesn’t get another season. If renewed, ‘Chip And Potato’ season 3 can release sometime in May 2020 We will update this section as soon as we hear more.

While we wait for ‘Chip And Potato’ season 3, check out the season 1 trailer below. If you haven’t seen the show yet head over to  Netflix to catch all the episodes of the previous seasons.