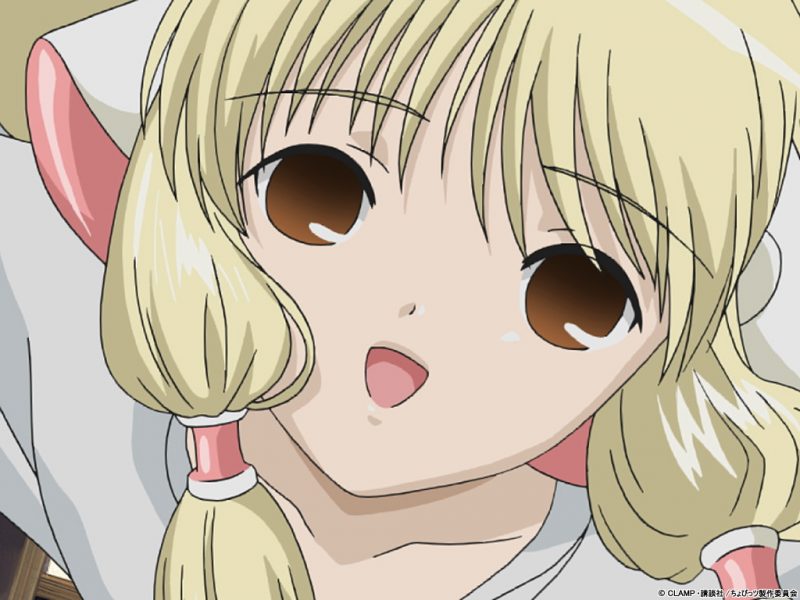 ‘Chobits’ has had a lot of mixed reviews over the years but one thing that is common between all of the contrasting reviews is that everyone was initially drawn to the anime for some reason. ‘Chobits’ has a rather unique premise that merges science fiction with comedy and romance and that idea itself, is enough to get the attention of most viewers. As promising as this idea might seem, ‘Chobits’ later turns out to be a very predictable and mediocre anime. Those who watched it without a lot of expectations are the ones who thoroughly enjoyed it whereas the one who expected too much, were eventually disappointed by its simplicity.

The overall story of the anime has its own set of good heartwarming moments that’ll make you want to watch more of it. Then there are also certain dull and extremely lame perverted moments that will make you want to turn off immediately. So to put it simply, the story is just average and one shouldn’t really expect much out of it.

The art style and animation quality are pretty good which is expected from Madhouse Studio and the sound just goes unnoticed most of the times. At the end of the day, ‘Chobits’ is an anime that may not be suitable for everyone but if you’re able to overlook its obvious flaws, you will be able to appreciate it for its uplifting tone that can actually make you feel better. The anime is nowhere close to being perfect but on a boring day when you have nothing to do, this right here might just be your best option for killing some time.

Chobits Season 2 Release Date: When will it premiere?

‘Chobits’ season 1 released on April 3, 2002 and with a total of 26 episodes, it went on till September 25, 2002. Now if we compare the anime with its original manga, the two have pretty much the same premise and the anime covers almost everything that the manga has to offer, except for a few plot points here and there. So clearly, the lack of source material is the biggest issues here. Also, the anime is simply way too old for a remake. It was quite popular back in the day but most viewers have almost forgotten about it by now.

We would’ve considered the possibilities of getting a remake of the anime in the future but knowing that it has been produced by Madhouse Studio, the chances of that are also very low. Madhouse Studio is one of the most renowned studios out there and is known for creating shows like ‘Death Note‘, ‘The Tatami Galaxy‘ and ‘One Punch Man‘. It seems very less likely that a studio that is doing so well right now, would want to go back to an average rated anime that came out almost 2 decades ago. So by now, I think it’s obvious that we’ll never see ‘Chobits’ season 2. If you really enjoyed watching ‘Chobits’ then you should definitely check out our list of other similar science fiction anime.

The English Dub of ‘Chobits’ is available on Funimation.

The plot of ‘Chobits’ is pretty much like the Hollywood film ‘Her’. The only big difference between the two is that in the anime, instead of simply having human-like AI software, computers have a whole physical human appearance.

The anime revolves around a young country boy names Hideki Motosuwa who is studying really hard to get into a good college. He very well knows that he must work extra hard to be able to afford his college expenses so he does not even think of following the latest fad that involves the use of personal computers that look exactly like humans. As he walks towards his home one day, he discovers one of these abandoned personal computers lying on the street. He decides to take her home and somehow gets her activated.

But soon he realizes that she is actually defective and can only say the word “Chii”. This later becomes her name and unlike all the other personal computers of this sort, Chii lacks the ability to download data into her hard drive. So to teach her more about the world around her, Hideki takes a more old-fashioned approach and teaches her things himself by actually showing her everything.

Later, while Hideki prepares for his entrance exams, he starts to discover that Chii could possibly be a Chidoki who are known to be these special units that can feel real human emotions and love towards their owner. But in the end, it all comes down to how a romantic relationship between a human and persocom flourish?

Chii is the main female protagonist of the series who is a petite and adorable persocom. Unlike others of her kind, she has an irremovable program that allows her to have feelings and emotions just like a normal human being. She is about 5 feet tall and has a slender young looking body. When she is deactivated, for some strange reason, she weighs more than she normally would. She has long pale blond hair and big brownish-red eyes. Her skin is fair and has absolutely no flaws to it and she usually wears anything that is given to her by her owner.

When she is initially activated by Hideki, she has no information in her system but she does have a learning program that allows her to observe behaviors from her surroundings. Her initial stages of learning are a little risky as, during these, she follows orders and advice from mere strangers without having a clue about their intentions. Hideki turns out to be her main source of all information and despite being a persocom, she also likes to have fun and even gets bored when she’s left alone. She even picks up Hideki’s playboy magazines and tries to mimic the poses of the models in these. Chii eventually develops a very friendly and cheerful personality and befriends almost everyone from the Gobu Jougasaki Apartment building.

Hideki Motosuwa is a young man who dreams of getting into a great college someday and he works really hard to make this dream a reality. To prepare well for his college entrance tests, he attends the Seki Prep School. He has short black hair with black eyes and is considered to be very handsome. After spending his entire life in the countryside, Hideki initially finds it hard to adjust to his new life in Tokyo. He also has a weird habit of thinking out loud that gets him into trouble a lot of times, especially with women. But despite all the problems that he faces after moving to Tokyo, most people who know him, see him as a kind-hearted and honest man. Many of his peers from prep school tease him for being too nice but eventually, most of them come to him with their problems as they know that he will always try his best to help them out. After growing up on a farm all his life where he only talked to animals, Kideki often gets a little worried about what other people might think about him.