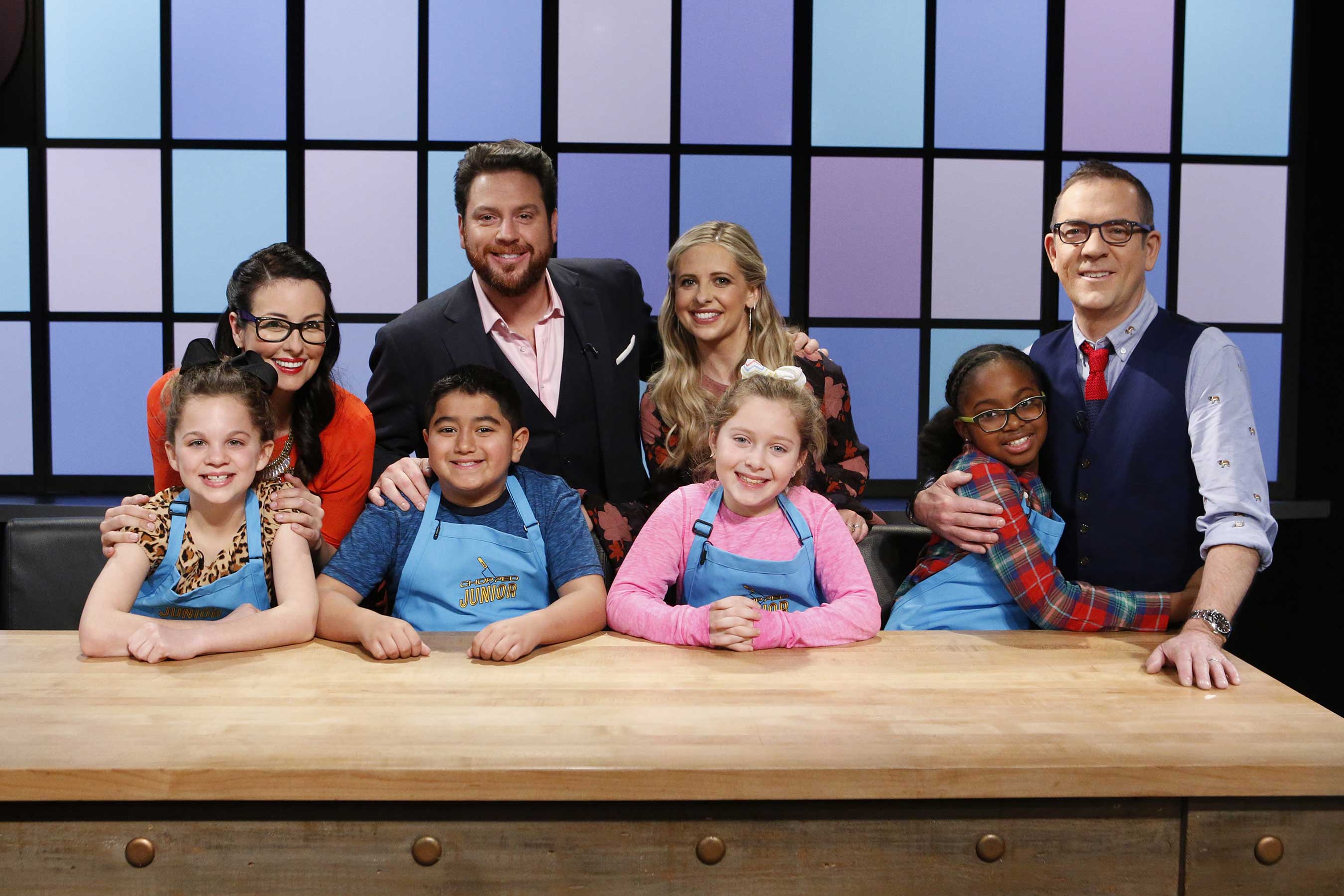 Kid-centric baking competitions or cooking shows are always a staple ingredient for families who wish to spend some quality time with their kiddos, while equally enjoying a series with them. At the start of a season itself, everyone becomes busy picking their own favorites. Adding to this slate of entertaining titles is the children-friendly counterpart of Food Network’s iconic reality TV show, ‘Chopped‘. Titled ‘Chopped Junior’, it features four adolescent chefs, experts in the art of curating culinary marvels. The episodes chronicle their efforts as they battle one another to win a cash prize of $10,000.

The show first aired on Food Network on October 27, 2015. Its eighth season made its way to viewers in June, 2019. Here’s all we know about Chopped Junior season 9.

Chopped Junior Cast: Who is in it?

Ted Allen hosts every episode of ‘Chopped Junior’. An author and TV personality, he has featured as a food and wine connoisseur on Bravo’s series, namely ‘Queer Eye’. He is also the presenter of ‘Chopped’, ‘Best. Ever’, and ‘All-Star Academy’. A contributing writer to Esquire magazine, an author of two cookbooks, and a regular cast member in ‘The Best Thing I Ever Ate‘, he has featured in a variety of other cooking shows as well. Apart from Allen, Anthony Anderson, Amanda Freitag, and Scott Conant are credited as the judges on the judging panel.

Host, Ted Allen, and all the judges are expected to return for season 9.

Chopped Junior Plot: What is it about?

Every season of ‘Chopped Junior’ pits four contestants against each other in a race to win the competition. Aged between 9 and 15, they are given a basket of mystery ingredients. They need to use these condiments to create the best dish. The judges give ratings based on creativity, presentation, and taste. Each round begins by giving a box of four ingredients and the competitors need to include all the items on their meals in some innovative way. If a candidate fails or misses an element, his or her score might be affected. A pantry and refrigerator, loaded with a wide array of other items, are at their disposal — to be used as and when required.

While the appetizer round is of 30 minutes, the entrée and dessert rounds are both for 30 minutes. Once the dishes are final, the panel offers their feedback and criticism. Then the judges take a call on which chef is “chopped,” and evicted from the competition. The final winner gets $10,000 as the reward and is given the coveted Chopped Junior chef’s coat.

The challenges thrown at these ambitious kiddos are indeed full of surprises. It’s interesting to watch how they tackle the weirdest items like pickle-flavored cotton candy and craft it into a tasty appetizer or how the entree ingredients are hidden in cookie jars. At times, a stinky soda and a crunchy treat require to be transformed into a dessert. We even see the experts dealing with Texas toasts, corn on the cob lemonade, and movie theater popcorn. Each episode keeps us on our toes and ups our curiosity levels to see what these geniuses are up to on their next trials. Unforgettable meals, wacky ingredients, a ticking clock, loads of energy, big personalities in teeny bodies, and unique originality — the one who has it all makes it out as the final winner!

In season 8, we saw four extremely skilled kid chefs being sent on a virtual food trail across Europe. In round 1, they needed to create something with a hint of Italy. Round 2 saw them experimenting with German culinary adventures, while the entree round compelled the youngsters to try and figure out what to do with something called apfelstrudel. In the dessert round, they needed to prepare the ultimate English breakfast tea.

As the season progressed, we got to witness weirder challenges. For example, one of the tasks involved using alligator tenderloin for creating a unique appetizer. What’s more? The entree basket contained edible slime that needed to be included in the main course. The dessert round challenged the kids to use conventional milk and cereal to curate a whimsical, tasty dish.

Another episode followed the cooking aficionados as they attempted to impress the panel and guest judge, Jessica Alba. This time, the appetizers included beef tongues. The entree comprised ingredients such as orange cream, smoothie and savory titbits. Again, the dessert round demanded them to make the best use of a giant lollipop and an odd sandwich.

Season 9, if commissioned, is expected to have a format similar to season 8. Though, the number of contestants could be different next time.

Chopped Junior Season 9 Release Date: When will it premiere?

‘Chopped Junior’ Season 9 is all set to premiere on Food Network on November 12, 2019. The season will consist of 6 episodes. Time to get excited!

Food Network has not revealed official trailers for any season of the show yet. But you can always head to their official site if you wish to be check out clips from the show.