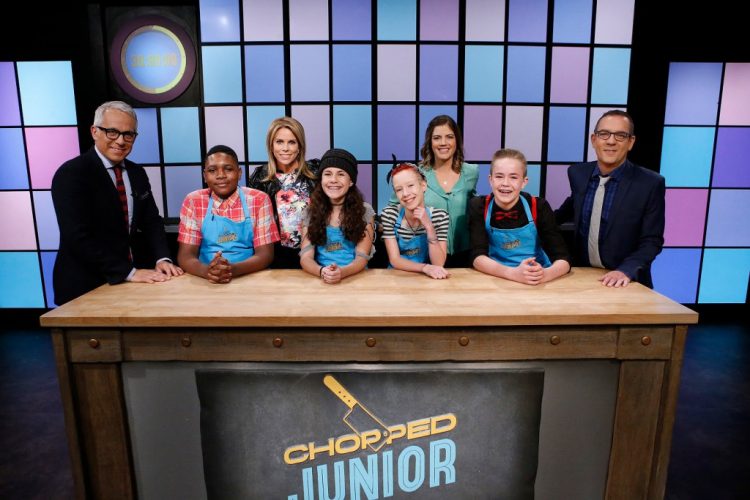 Chopped is an American reality cooking television game show presented by Ted Allen. In this series, four chefs are put in competition against each other to win a chance to grab $10,000. Beth Paholak, Karey Green, Kate Kenny, Tina Nguyen, Kirsten Moberg, and Crystal Bahmaie serve as the producers; and Linda Lea, Michael Krupat, Dave Noll, and Vivian Sorenson are the executive producers of the show.

The show is created by Linda Lea, Michael Krupat and Dave Noll and directed by Michael Pearlman. The show follows four chefs that have to compete against each other in three rounds which are “Appetizer”, “Entrée”, and “Dessert rounds. The contestants have to make a dish by the combination of various ingredients which will later be judged by the panelists. They are given baskets which contain 4 secret ingredients and they must use all the four ingredients to prepare an ultimate dish. The contestants are also given unlimited access to the refrigerator and pantry which is loaded with a variety of ingredients. Having broadcast 30 seasons so far, it one of the most beloved shows on television that enjoys fandom from all around the world.

Chopped Season 40 Cast: Who is in it?

Chopped Season 40 Plot: What is it about?

The show features 16 contestants in the Chopped kitchen where they are to use their specific culinary techniques while cooking dishes to win a cash prize. A contestant must be 19 or older than that to participate in this show. The chefs are ready to prove to the world that the pressure of the competition won’t stop them from winning the competition. In their first Entree round, they have to showcase their talent, and in the dessert round, a flaming surprise awaits for 2 finalists. Four chefs compete against each other weekly by showing off their grilling, frying and baking techniques.

The chef who wins the entire round in a week takes a spot to compete against other chefs and win the cash prize. The chefs are given very limited time to cook the dishes in three rounds, 30 minutes for Dessert and Entrée and 20 minutes for Appetizer. In each round, they have to cook a dish with one or more mystery ingredients. They have to complete four platings in the given time. Once the time runs out, the judges critique the plates on the basis of their taste, presentation, and creativity. At the end of every week, one contestant gets eliminated. The judges also reveal the reason behind eliminating the chef. In the Dessert round, the judges consider the overall performance of the chefs. The winner earns from $20,000 to $50,000.

Chopped Season 41 Release Date: When will it premiere?

The air date for Chopped season 40 was set to 17th July 2018. You can catch the show on Food Network. The finale of the Season aired in October. We will soon come to know about Season 41, which in all likelihood will happen. We will update this section as soon as we hear more.

We will update this section as soon as we have trailer for Season 41.