When Will Chrisley Knows Best Season 8 Premiere on USA Network? 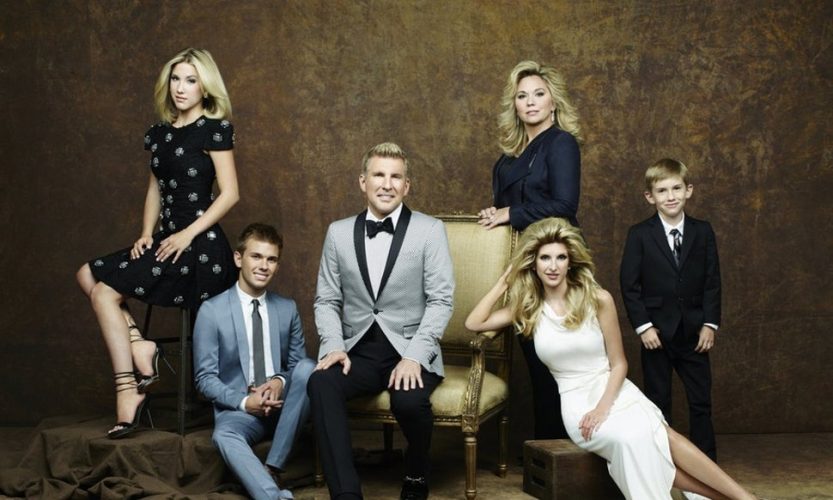 ‘Chrisley Knows Best’ is an American reality television series that airs on the USA Network and first premiered on March 11, 2014. The show is based on Todd Chrisley, a wealthy real estate mogul from Georgia, and his family.

Reality tv today may be almost synonymous with ‘Big Brother‘ spinoffs (the show that almost singlehandedly made the reality TV boom of 2000s possible, drawing inspiration from the Dutch ‘Nummer 28’) – but ‘Big Brother’ is in no way the evolutionary basis of modern reality TV. This crown, albeit arguably, goes to ABC’s 1960’s long-running show ‘The American Sportsman’ (which ran until well into the ’80s), because if not stylistically, it underpins the curb appeal of today’s reality TV as far as content is concerned. The show capitalized on star power, and the typical episode featured the sports star, actor, musician in the limelight having some family time (with a camera crew filming it, that is), idling in the usual family hangout spot like a fishing village or badminton, and at times more adventurous activities like rock climbing and wildlife photography.

The concept of ‘family shows’ however came much later – and it is hard to pin down at which particular show the medium adopted the format it has today, but the big breakout hit is certainly ‘Keeping Up With The Kardashians’, which gave birth to the swath of terms on ‘television famous’ such as ‘Z-listers’. All criticisms notwithstanding, these shows have developed a very dedicated niche, and 2014 addition to the list was ‘Chrisley Knows Best’, following entrepreneur and real estate mogul Todd Chrisley and his family.

It is needless to say that this addition has been a welcome one, as it has led to two spin-offs. One of them titled, ‘According to Chrisley’ focuses on Todd tackling issues like marriage, sex, relationships, and parenting. Hosted by Todd, each episode has a guest star and his family members feature as well. Unfortunately, the show got canceled after one season. However, there is another spin-off ‘Growing Up Chrisley‘ which focuses on the children of the family as they embark on a road trip to Los Angeles from Nashville, in order to prove their independence. The series has been received much more favorably.

However, coming back to ‘Chrisley Knows Best’, which is immensely popular on reality tv, has been lauded by critics too saying that the Chrisley family can be very fun and that it is the best reality television show since the likes of ‘Honey Boo Boo‘. The show, due to its popularity, has spanned seven remarkable seasons to date. So, will there be a ‘Chrisley Knows Best’ Season 8? Let’s find out.

Chrisley Knows Best Cast: Who is in it?

As evident from its title, ‘Chrisley Knows Best’ revolves around the Chrisley family. Naturally, the main cast is also the Chrisleys themselves. A very select few among these shows are known to make use of a narrator, however, ‘Chrisley Knows Best’ is definitely not one of them as all of the intermission where a narrator would usually comment is substituted for confessionary cuts.

Some members of the cast come and go, but the central cast, for the most part, has remained. Producer, entrepreneur, investor, and major real estate mogul, Todd Christley, unquestionably leads the cast. He is shown to be a germaphobe, avoiding dirt and animals, and also happens to get angry at his son Chase. His current wife is Julie Chrisley, who loves cooking.

Savannah and Grayson, their children, also appear, and while their daughter is a beauty pageant competitor, Grayson is the youngest child. Chase, their son, often has get-rich-quick plans which he shares with his friend Parker. Chloe Christley is the youngest part of the cast and Todd’s granddaughter. We also see Faye Chrisley, Todd’s mother, who happens to enjoy gambling.

In season 8, all of the lead cast members will be returning to the show.

‘Chrisley Knows Best’ follows the daily lives and anecdotes of the Chrisley family, their intrigue and complex relationship dynamics, their offbeat hijinks, and finally, a celebration of their unique, eccentric way of being themselves (the most citable example being Chase’s many ‘get rich quick’ schemes with his friend Parker). The family, however, seems to live the most perfect southern life of comfort with everything money can buy.

Variety sums up the show perfectly, saying, “As intriguing in the details as it is uncomfortable to watch, ‘Chrisley Knows Best,’ a self-consciously sitcom-like reality show, initially seems to be just another knockoff designed to cash in on the ‘Duck Dynasty’ demo. Cut through the deep-fried window dressing, though, and this USA series is almost entirely devoted to its subtext, intended to elicit sniggering regarding that which goes unsaid about the show’s wealthy father of five, whom his son-in-law understatedly dubs ‘flamboyant.’ Played as epic farce, the skein should have a disparate range of appeal, but let’s hope the Chrisleys don’t mind being laughed at, not with.”

In season 7, we follow the fam as they go through a couple of major changes. With Thanksgiving approaching fast, Nic gets a chance to have a taste of his future as a son-in-law when he shares a hotel room with Todd. Chase, in order to prove that he is responsible, babysits Chloe and Grayson — a task in which he excels with flying colors.

Hopefully, in the upcoming season, we will get to see more of this clan that seems to offer a really whacky take on the rich and modern American family.

Chrisley Knows Best Season 8 Release Date: When will it premiere?

During the season 7 finale, the show made a huge reveal by airing a promo video, which points toward another season in 2020. There are speculations that Kyle would be returning to the show next season, which is a major twist! We also know that Nic and Savannah are all set to tie the knot. So, this will be the focus of the upcoming installment.

USA Network has not announced a release date yet. But if it follows the schedule of its last two seasons, we expect ‘Chrisley Knows Best’ Season 8 to most likely premiere sometime in May 2020.

You can watch the promo trailer for season 8 right here.