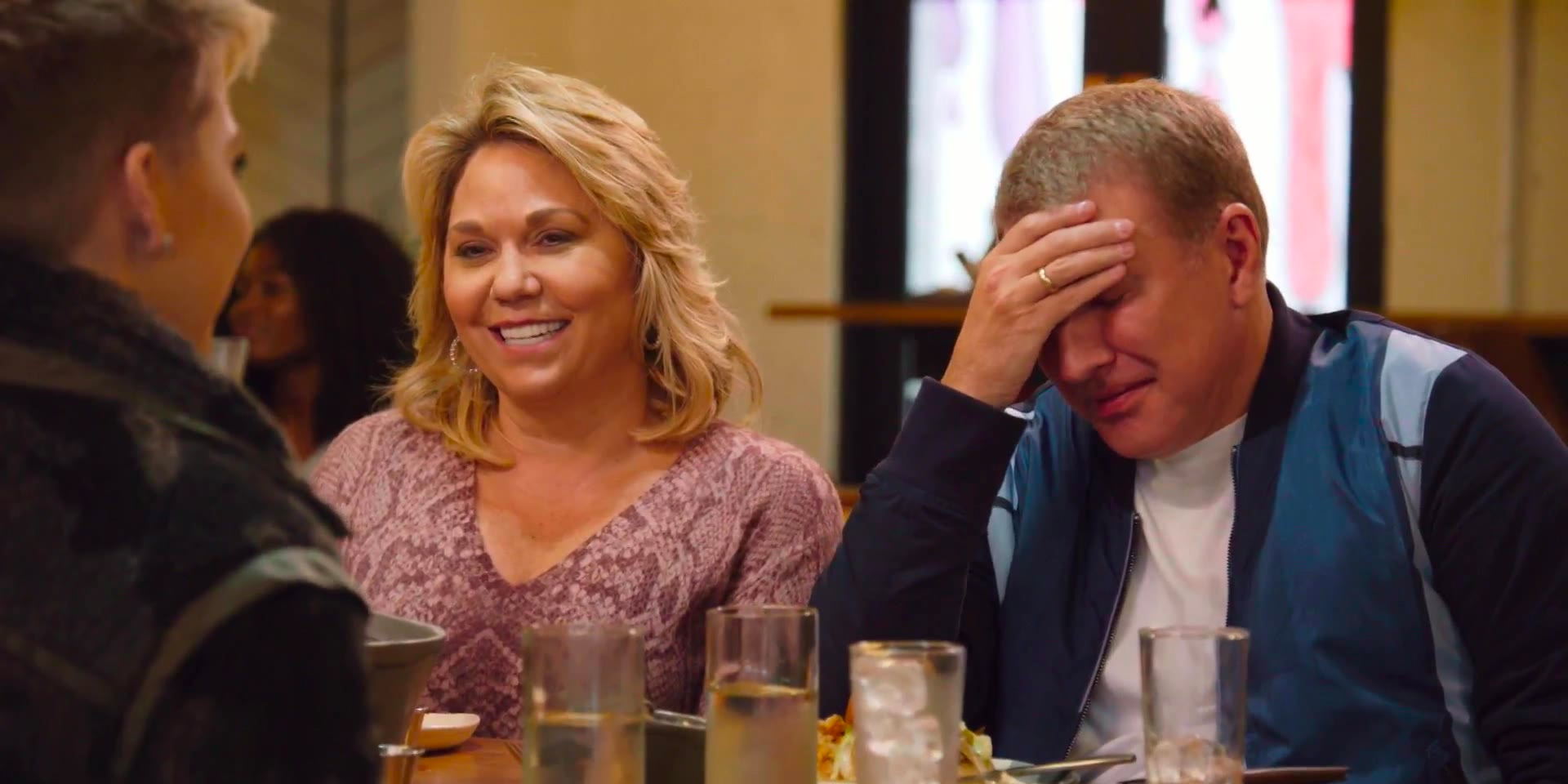 Owing to its popularity, the eighth season of ‘Chrisley Knows Best’ got to see the light of the day, despite multiple counts of fraud and tax evasion allegations against Todd and Julie Chrisley. Season 8 premiered on July 9, 2020, and the show has started rolling the drama. Savannah debuts her new haircut in front of her folks, upsetting her father Todd. Not just that, Savannah calls off her wedding to Nic Kerdiles. In the latest episode, Todd gets jealous when his wife makes a new friend. Check out the recap, for more. Curious to know the details of ‘Chrisley Knows Best’ season 8 episode 3, we have got you covered.

The upcoming episode is titled ‘Roller Skates And Senior Dates.’ In the episode, we can expect Savannah to exercise the responsibility of a supportive big half-sister. She might go out of her way to help Chloe with learning how to roller skate. On the other hand, Chase and his grandmother Faye might help Frances in finding a romantic partner.

The episode is packed with the signature Chrisley family humor that we have all come to love. It seems like Savannah’s edgy new haircut is slowly growing on her father, Todd. I mean, he doesn’t comment much on it, so that says something. Instead, Todd puts his entire focus on Julie’s badminton instructor. Julie has been taking badminton lessons from an instructor to polish her skills. Todd gets super jealous of their newfound friendship and it is pretty evident by Todd’s facial expressions that he doesn’t approve of it.

The highlight of the episode is when Grayson sneaks out to go to an unchaperoned party and things obviously don’t go as planned. Grayson calls his brother Chase to pick him up from the party, and while he is sneaking back into his room, the duo is caught by Todd and Julie. On being caught, Grayson says he wasn’t having fun at the party as they were doing things they shouldn’t be doing. When Todd tells Grayson that he is grounded till he turns 18, Chase intervenes and asks Todd to go easy on the lad.

Chase reveals that he broke a lot of rules when he was a kid. He also admits to stealing each one of Todd’s car as a kid, adding that even Savannah helped him sneak out of the house. Shocked by the revelations, Todd exclaims, “Grayson’s a great kid. He’s an amazing kid. He’s the love of my life now that I know Savannah’s a car thief, I love Grayson more than I do her.” Yeah, I guess we all know the real reason why Savannah is not the favorite child anymore.