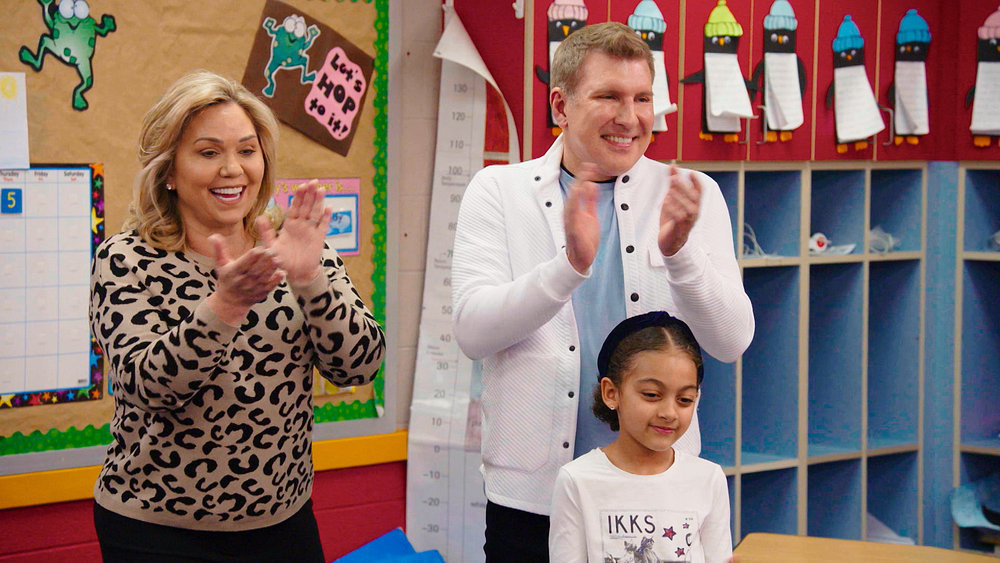 In the fourth episode of ‘Chrisley Knows Best’ season 9, Chase forgot the date of his anniversary with Emmy. So, he sought Todd’s assistance which didn’t help, considering he was busy taking care of Chloe. Her decision to quit swimming was difficult for the Chrisleys to register. Don’t worry if you haven’t watched the episode, as our recap section can help to bring you up to speed. Now, here is everything ‘Chrisley Knows Best’ season 9 episode 5 might have in store!

‘Chrisley Knows Best’ season 9 episode 5 is slated to premiere on September 9, 2021, at 9 pm ET on USA Network. New episodes, with a runtime of approximately 22-25 minutes each, release every Thursday on the network.

‘Chrisley Knows Best’ season 9 episode 5 can be watched on USA Network at the above-mentioned date and time. In case you miss it, you can also watch the second episode online on USA Network’s official website. If you don’t have an active cable subscription, you can resort to multiple live-streaming platforms such as Fubo TV, DirecTV, Hulu+Live TV, Sling TV,  Apple TV, and YouTube TV. Episodes of the show are additionally available for purchase on Amazon Prime Video, iTunes, Google Play, and Microsoft Store. You can even watch the show on Peacock TV and Vudu.

In the fifth episode, titled ‘Home Sweet Chrome,’ Todd will be stunned after listening to Savannah’s plans about her new house. The problem could be expenses-related, but we are sure the Chrisleys will be able to sort it out. In the upcoming episode, we can also expect Todd to be obsessed with Grayson’s new truck.

In the fourth episode, titled ‘Quitters Never Win,’ Chase pulled Nanny Faye into doing ASMR videos, but she lost her composure during filming, which rendered the project a mess. Chase could really use a breather, but he realized that his first anniversary with his girlfriend might literally be the next day, and he didn’t have anything planned. Todd advised him to treat every day like it is his anniversary and pamper his girlfriend as much as he could.

Moving on, Todd’s hands were full with Chloe and her newfound interest in karate. Todd was to participate along with Chloe because it was a parent-child training program, but he despised it. His hatred for the sport rubbed off on Chloe, who then chose to voice out her problem to Julie. Having no other option, she thought it would be best to ask Chloe why she quit swimming in the first place. Chloe said she was scared of not living up to the “Chrisley” standard of the sport, so she thought quitting was the only cure to her persisting fear.