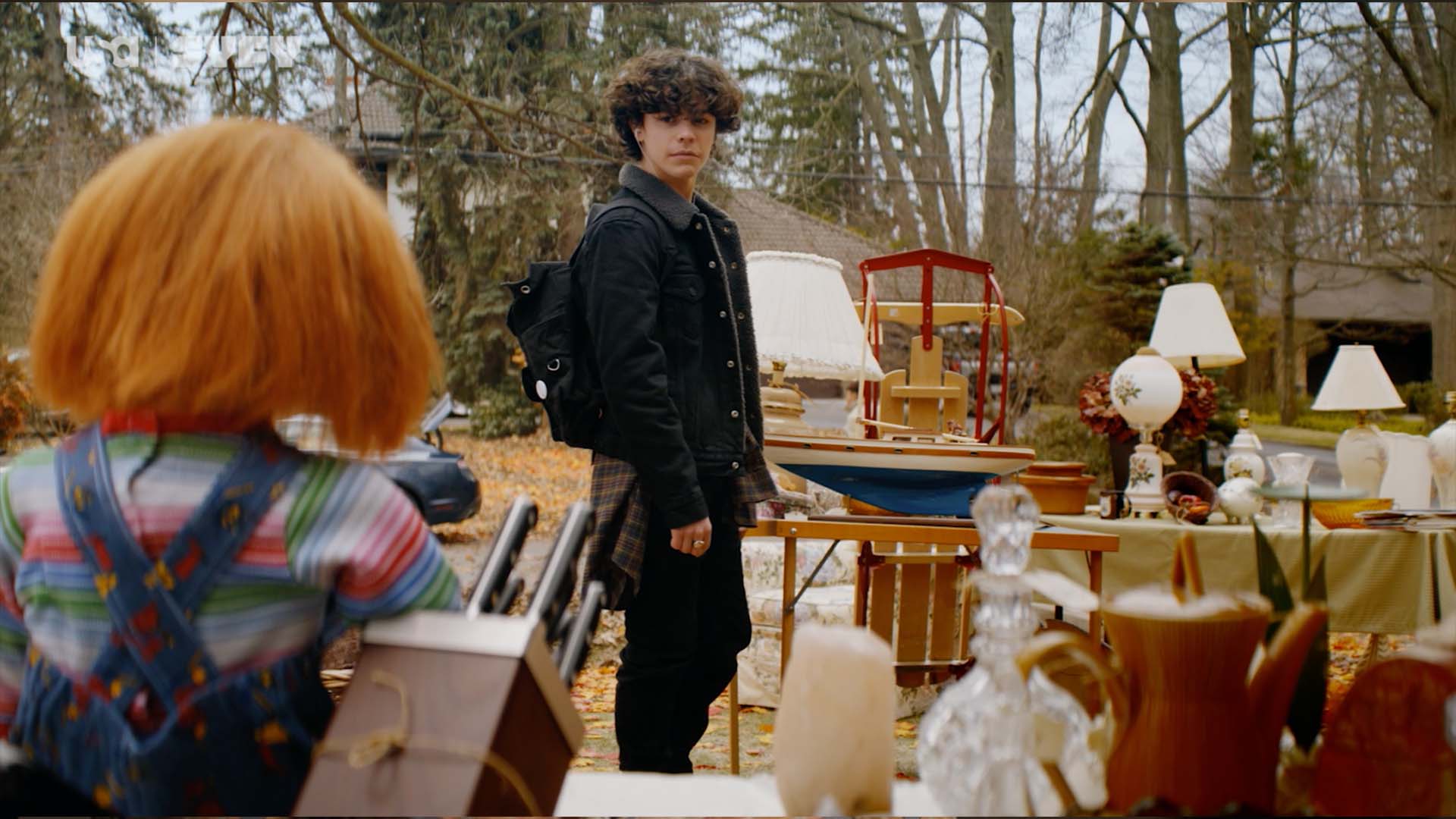 The first episode of ‘Chucky’ gets the ball rolling on the sinister goings-on at Hackensack. The episode establishes how hard Jake’s life is and the role Chucky begins to play in it. As the teenager has often taken harsh blows to his physical, emotional, and psychological self, Chucky stands up for him. But if you thought that this would help Jake stay out of trouble, you couldn’t be more wrong. Our recap section gives more information on the events of the opening episode of the series. And now, let us share with you all that you need to know before episode 2 arrives!

‘Chucky’ episode 2 is set to release on October 19, 2021, at 10 pm ET on Syfy and USA Network simultaneously. The first season has ten episodes in all, with each new installment releasing every week on Tuesdays.

Where to Watch Chucky Episode 2 Online?

To watch the second episode of ‘Chucky,’ you need to switch your channel to Syfy or USA Network at the date and time specified above. You can also catch the episode on Syfy’s official website, the Syfy app, and USA Network’s official website. In case you are looking for cable-free viewing options, then you can try Fubo TV, YouTube TV, Hulu+Live TV, DirecTV, and Sling TV.

In the second episode, titled ‘Give Me Something Good to Eat,’ Jake will find himself in the heart of darkness on Halloween night. At a costume party, Chucky will turn his attention to Jake’s frenemies. Since the murderous doll will be determined to deal with Jake’s friends in the only way he knows, the situation will hardly leave Jake with any choice. Jake can either try and stop Chucky from killing his peers or help him. But whether the teenager is able to resist the doll’s influence is yet to be seen. Check out the promo for another killer episode of ‘Chucky.’

The series premiere is titled ‘Death by Misadventure.’ Jake Wheeler is a 14-year-old who chances upon the Good Guy doll at a yard sale. The young artist gets the doll home with the intention of using it for his latest art project, but little does he know that his life will never be the same. It is evident that Jake’s life is far from a happy one. His mother tragically died in a car accident, and his father Luke is verbally and physically abusive. To top it all, Luke does not approve of his interest in art. But seeing Jake with the Good Guy doll Chucky becomes yet another trigger for Luke as he directs his intense rage towards Jake.

However, it seems that Jake does not want to let go of Chucky, who, in turn, apparently becomes ferociously protective of the teenager. Things come to a head between Jake and Luke after the talent show fiasco that leads to the young student’s suspension from school. Following Luke’s violent behavior towards Jake, Chucky electrocutes Luke, thus killing him. As the authorities arrive and begin to question Jake, Jake’s Uncle Logan shows up to take the teenage boy to live with him and his family.

Jake realizes that Chucky is not just a regular doll after he learns that the supposed toy functions without batteries. But as the episode comes to a close, Chucky and Jake finally interact with each other, and the killer doll even manipulates the boy into feeling that his father got what he deserved. After everything is said and done, Chucky broaches the topic of Lexy and her behavior towards Jake. Could she be the next victim? The inaugural episode of the series also unpacks Charles Lee Ray’s childhood before he turned into the murderous doll Chucky. In fact, Hackensack also happens to be his hometown.