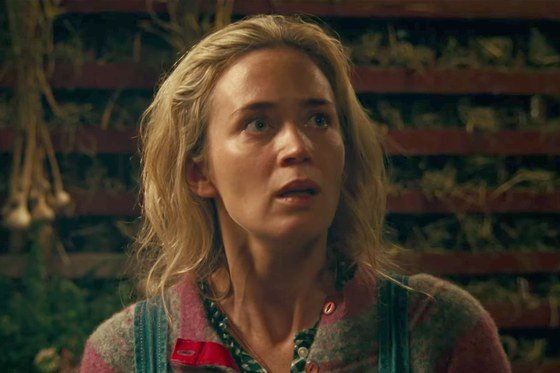 Cillian Murphy, best known for playing Thomas Shelby in ‘Peaky Blinders‘ and for his numerous collaborations with Christopher Nolan, is set to star in the sequel of ‘A Quiet Place’, according to The Hollywood Reporter. The project by Paramount will see John Krasinski return to the director’s chair and Murphy will star alongside Emily Blunt, and kid stars Millicent Simmonds and Noah Jupe, who are all reprising their roles as the family that is struggling to survive in a world that is crawling with noise-targeting creatures. Notably, Krasinski is also penning the script for the upcoming sequel.

For now, details on the script and plot are scant, but reports suggest that Murphy will play the role of a man with mysterious intentions who joins the family unit that we saw in the first film. This, in turn, raises several questions, like whether Blunt’s character would allow this man to get near her children. It also raises more serious questions about where Murphy’s character was during the events of the first film and whether he is dependent more on the family or if the family needs him more. As ‘A Quiet Place’ showed us, Blunt’s character is more than capable of taking care of herself and her children, but perhaps she had sent out a distress call to which Murphy’s character responds and meets them in the sequel.

While Krasinski had earlier said that he intended ‘A Quiet Place’ to be a one-off film, sequels are an inevitability in the business and it is a good thing that he told Collider about his idea for a sequel. He said, “I had this little idea that’s now gotten bigger is most sequels are about a villain returning or a hero returning, and you have to build this entire world around just the idea that I have a hero or a villain. That’s a lot, and I think that’s where a lot of sequels go wrong because as much as you love that hero or villain, the entire thing is fabricated just to make that person work. [With A Quiet Place 2], we have the world. So it’s actually the world that’s built, it’s the idea that the rest of the world is going through this exact same experience,” Krasinski continued. “Are there other people that have to survive like this? It’s that idea of living through the set of circumstances, not again in the same way obviously, but exploring it more. You only got to do it intimately for a small amount of time, so what happens next?”.

While ‘A Quiet Place’ captured lightning in a bottle with its entire premise of extraterrestrial monsters hunting human survivors by sound, the sequel has its job cut out if it wishes to live up to the expectations. However, it seems reasonably certain that Krasinski will be able to pull off the script without help from the first film’s co-writers, namely, Scott Beck and Bryan Woods. Andrew Form, Brad Fuller, and Michael Bay will be returning to produce the sequel.