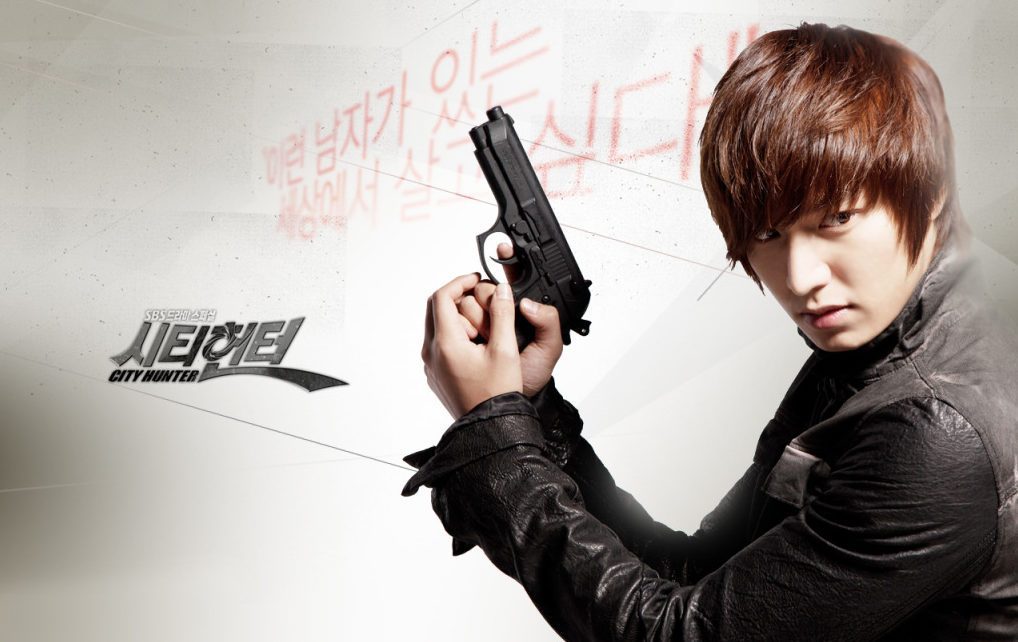 City Hunter Cast: Who is in it?

Lee Min-ho (‘The Heirs’ and ‘Legend of the Blue Sea’) stars as Lee Yoon-sung aka Poochai. He is known by the code name “City Hunter”, and he is determined to avenge his dad’s killers. He assumes the identity of a deceased Korean-American teen, graduates from MIT, and works in South Korea’s presidential palace. This is where he meets the presidential bodyguard Kim Na-na and gradually starts falling for her.

Park Min-young (‘Healer’ and ‘What’s Wrong with Secretary Kim’) plays Kim Na-na, an independent woman, who has survived all by herself after her mother died from a drunk-driving accident. Even her dad is in a comatose state. She is exceptionally talented in martial arts and hence, gets assigned to a mission with the Presidential Security Service. She eventually falls in love with Lee Yoon-sung.

Lee Joon-hyuk is Kim Young-joo, a dedicated, talented prosecutor, whose only goal is to serve justice — even if his cases involve corrupt, high-profile politicians. He is a son of one of the members of the “Council of Five” and City Hunter’s all-time foe. Although they have the same ambitions, their modus-operandi are completely different.

Kim Sang-joong stars as Lee Jin-pyo, the only survivor of Operation Clean Sweep. He is a notorious drug lord in the Golden Triangle and wishes to slay everyone who killed his team members. He assumes the identity of a Korean-American investor and uses Lee Yoon-sung as a means to achieve his goals.

Kim Sang-ho is Bae Man-duk aka Bae Shik-joong, a gambling addict and a talented cook. He is a close friend of Lee Yoon-sung, especially after the latter saved him from thugs in Thailand. The duo becomes partners under Lee Jin-pyo’s scheme and amass a huge debt after buying stuff from some home shopping site. As the episodes progress, we learn that Bae was a witness in the accident that led to Kim Na-na’s tragic life. After Kim Jong-shik, a member of the Council of Five, paid him to change the story, Bae fled to Thailand.

Hwang Sun-hee is Jin Sae-hee, a veterinary doctor and the ex-wife of Young-joo. Goo Ha-ra plays Choi Da-hye, one of the children of President Choi. Da-hye gets attracted to Lee Yoon-sung at first sight and requests him to tutor her. She has had a difficult life in school, due to her family’s high stature and even small incidents involving her become a scandal. Later, due to her poor grades, she starts looking for a job and leaves the routine of attending college like regular girls.

Chun Ho-jin is Choi Eung-chan, South Korea’s existing president. He was one of the five men involved who had planned the operation in 1983. He had offered the unit guarantee that he would help them get home. However, the rest of his team outvoted him and to date, he lives in guilt. He knows that Lee Jin-pyo survived the fiasco and takes no step forward to stop him although he is aware that the latter has vowed to murder all his officers. As the story unravels, we learn that Choi is Lee Yoon-sung’s real father, who made Lee Kyung-hee his surrogate dad.

City Hunter Plot: What is it about?

The story of ‘City Hunter’ begins in 1983, when the South Korean president and his delegates visit Burma. But a bomb explosion, masterminded by North Korean agents, results in the death of several officers. This event is termed as the Rangoon Bombing. In order to exact revenge, five officials from South Korea plan a secret mission, known by the code name, “Operation Cleansweep.” The team’s ultimate goal is to cross North Korean borders and assassinate high-ranking members of the nation’s high command. Best friends and bodyguards of the Presidential Security Service, Lee Jin-pyo and Park Moo-yul, were witnesses during the incident and they gather a 21-member unit to execute their plan. But, in the middle of their mission, five of the teammates abort the operation to avoid an international crisis.

After a successful mission, the team leaves for home on a ROK Navy submarine. However, snipers board the vessel and open fire, killing Park, who sacrifices himself to save Lee. Lee returns to South Korea, only to discover that all the personal and professional records of the team have been erased. Lee then abducts Moo-yul’s infant son and gives him the name, Lee Yoon-sung. He stays in hiding in the Golden Triangle, raises the kid, and trains him in combat. Years later, he reveals his actual plan before Yoon-sung. Yoon-sun leaves for the United States, completes his graduation, and comes back to South Korea, in order to fulfill his father’s plan. He gets employed in the Blue House as an IT expert with the National Communication Network Team.

This is when Lee comes face to face with bodyguard Kim Na-na, and they gradually fall in love. Gradually, Na-na, after realizing that they both have the same goal, helps Lee.

City Hunter Season 2 Release Date: When will it premiere?

‘City Hunter’ season 1 premiered on SBS on May 25, 2011. It concluded with its 20th episode on July 28, 2011. After its release, the series received multiple positive reviews and became a commercial hit. However, after its finale, which ended on an ambiguous note, fans had a strong anticipation that there would be a second season. As per the show’s star, Lee Min Ho, “I don’t know if there are any plans regarding a second season, but if there’s a chance to show new sides of the City Hunter, I will gladly participate.” The above statement does not imply that another installment is underway. But it is to be noted that if there is a new season, there would be no Lee Joon Hyuk in it. Optimistically, ‘City Hunter’ season 2 can release sometime in 2021 or 2022, but there’s no guarantee. We will update this section as soon as we hear more.

Check out the official teaser trailer for ‘City Hunter’ season 1 below.