City on a Hill Season 2 Episode 1: What’s in Store? 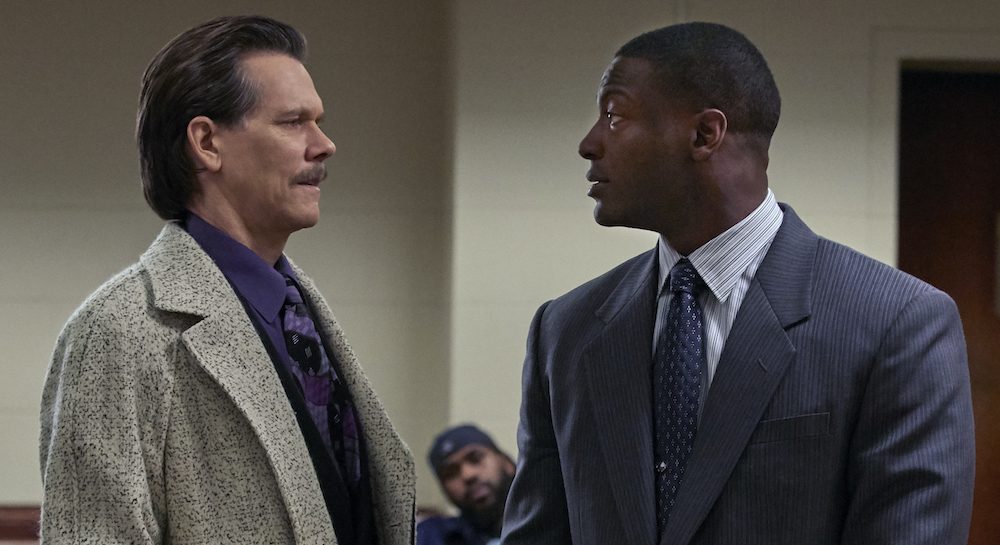 After successfully closing the armored robbery case at the end of ‘City on a Hill’ season 1, Jackie (Kevin Bacon) and Ward (Aldis Hodge) both face contrasting ramifications. These ramifications will affect their decisions as the popular crime drama gears up for season 2. The duo takes on a new challenging case, one that is closely tied with Boston’s increasing criminal activities. You can find a detailed refresher on the season 1 finale in the recap section. But, for those curious about the road ahead, let’s take a look at what we can expect from ‘City on a Hill’ season 2 episode 1.

‘City on a Hill’ season 2 episode 1 is scheduled to release on March 28, 2021, at 10 PM ET on Showtime. The show follows a weekly release pattern, and new episodes air on the network every Sunday.

Where To Stream City on a Hill Season 2 Episode 1 Online?

You can easily watch the premiere episode of ‘City on a Hill’ season 2 on your television sets on Showtime when the episode airs on the channel. If that’s not an option, you can choose to watch the episode on Showtime’s official website or Hulu (with a Showtime add-on), where the episodes are added shortly after their premiere. You can also stream the new episode on live TV streaming services such as Spectrum, Hulu LiveTV, SlingTV, Xfinity, DirecTV, YouTube TV, and Fubo TV. The new episodes (as well as old ones) can also be watched on-demand by purchasing them on VOD platforms such as Vudu, Amazon Prime, iTunes, Google Play, and YouTube.

‘City on a Hill’ season 2 premiere is titled ‘Bill Russell’s Bedsheets’ and will continue Jackie Rohr and DeCourcy Ward’s journey into the Boston crime scene. The season premiere will set up this season’s central conflict revolving around a federal housing project in Boston’s Roxbury neighborhood. The episode will likely open up newer corners of the city for Jackie and Ward to navigate as the season is expected to be more interconnected compared to the self-contained debut season.

Besides the housing project, the duo will also be dealing with drug dealers and increasing gun violence in the city which will play a larger role later in the season. We expect the seeds of these conflicts to be sowed in the premiere episode. Jackie will be seen as the devil whispering in Ward’s ear as the morally uptight attorney considers making some ethical wiggle room after the events of season 1. Lastly, Jackie’s past as a corrupt officer and questionable decisions will continue to haunt him. Check out the teaser for the upcoming episode below:

The ‘City on a Hill’ season finale, titled ‘Mayor Curley and the Last Hurrah,’ sees the major conflict of the armored car robberies set up earlier in the season reach its boiling point. Jackie intervenes in the Boston Police Department’s proceedings and manages to make a federal case against the Ryan brothers, who are apprehended for the armored car robbery in Fall River. Interestingly, Jackie offers to pass on the case to Suffolk County to re-earn some goodwill from Ward. We also see the tension between Jackie and Ward rise as they now fully understand each other’s opposing ideologies.

Jimmy, one-half of the Ryan brothers, is fully aware of Ward’s desperation to bring to justice the murderers of the guards in episode 1. Jimmy seeks full immunity in exchange for turning against his brother. However, after getting the immunity, Jimmy confesses to the murder of Kelly Kinicki at his trial, squashing Ward’s political ambitions. He further refuses to divulge any information that could help Ward incriminate Jackie.

Jackie speaks to his wife Jenny and admits his shame over not being the man she married anymore. The couple kicks Jenny’s abusive mother out of the house. Jackie also survives an attempt on his life after successfully saving himself from a car blast. Jackie’s good fortunes compared to those of Ward make us wonder whether he has been right all along, and maybe you do have to play a little dirty in the game of life. The season wraps up on a compelling note leaving a big question mark over Jackie and Ward’s uneasy alliance.