When Will Claws Season 4 Premiere on TNT? 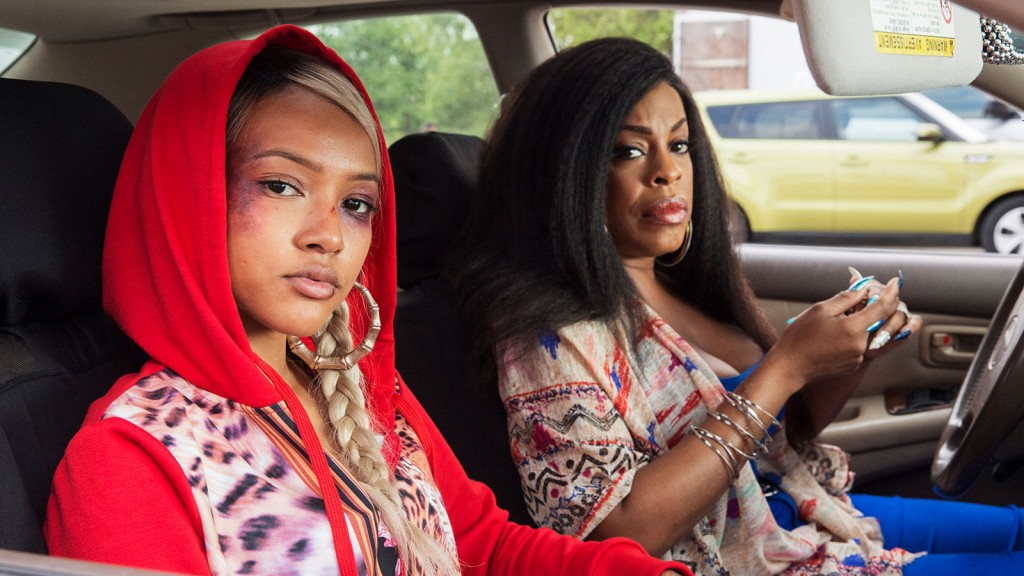 ‘Claws’ is an American dark comedy televisions series that airs on TNT. Created by Eliot Laurence, the show puts its own spin on the crime genre as we see an all-female group make headway in a male-dominated criminal underworld. Its unconventional premise seems to be a cross-over of ‘Breaking Bad’ meeting ‘The Sopranos‘, with five easy-going, everyday manicurists choosing the path of organized crime and money laundering to help someone in need.

The series has received great acclaim and praise by audiences for its strong female performances. Much like ‘Ocean’s 8‘, ‘Claws’ also features an all-female main cast and carries itself with much grace. The bold and novel approach has won the show quite a strong fan base, and critics have lauded it, saying, “Well-acted, visually impressive, and energetically paced, Claws leaves a mark… that hints at even greater potential.”

The show first premiered on June 11, 2017 and has seen a total of three seasons since then. Here’s everything we know about ‘Claws’ season 4.

Claws Cast: Who is in it?

The cast of ‘Claws’ is led by Niecy Nash as Desna Simms, who is an associate of the Husser family, and their money launderer, besides owning a nail salon called Nail Artisans. Having grown up with abusive foster parents, Desna is determined to make a life for herself, but trouble never seems to be too far behind because once she leaves the crime family, she is again forced to launder money, this time for the Russian Mafia.

Carrie Preston appears as Polly Marks, a manicurist at Desna’s enterprise, is a pathological liar, professional con artist, and skilled burglar. Fortunately for Desna, Polly is also extremely loyal to her.

Judy Reyes is seen as Annalise “Quiet Ann” Zayas, Desna’s lookout and occasional muscle. Zayas is a lesbian and soon her love life interferes with her professional work when she begins falling for the detective investigating Desna’s salon.

Jack Kesy appears in the role of Roller Husser, whose apparent death triggers a chain of events. It is also Husser’s dealings with the Russians that lead his family to be absorbed. He truly loves Desna and is the only one who calls her Dee.

Most of the major cast members are expected to return for season 4.

Claws Plot: What is it about?

‘Claws’ focuses on the journey of five ordinary women, who work in a parlor and decide to indulge in organized crime to alleviate the miseries around them. Desna, Polly, Quiet, Virginia, and Jennifer are five manicurists who take great interest in the affairs of the world. They curse themselves and the government for being incapable of solving the problems of the society and especially the neighboring pain clinic. They decide to do something about it and go about doing exactly that.

The show goes for a degree of entertainment that tends towards the excessive and this is evident by the very quirky characters who inhabit the show. Special mention must be made here for Dean Norris, known for playing Hank on ‘Breaking Bad‘, who appears as Uncle Daddy here, and delivers a larger than life performance. The series walks a tight line between the madness of the nail salon and the Dixie Mafia and in the center of it all is Desna’s wonderful character who holds things in its place.

Vulture rightly sums it up stating that nothing about ‘Claws’ is subtle, and says, “Perhaps the best thing about the show, aside from its excellent cast, is its insistence on revealing the humanity and nuance in flawed female characters struggling on society’s lower economic rungs. The worst things about it? A tendency to succumb to crime drama clichés and engage in tonal change-ups that sometimes make it difficult to know whether to laugh at Claws, laugh with it, or not laugh at all.”

In season 4, you might get to see more of the crazy amalgam of comedy and crime set against very bright colors, sets, and characters, all of which makes the show unique.

Claws Season 4 Release Date: When will it premiere?

“For the past three seasons, ‘Claws’ has handled delicate and culturally relevant themes like race, class, gender, age and sexual orientation with grace and humor via superb storytelling,” said Brett Weitz, general manager for TNT, TBS, & truTV. “Fans cherish the over-the-top Clawsian moments that have defined its run, and we will do them justice as we wrap up the tale of Desna and her crew.”

Even though no official released was announced, you can expect ‘Claws’ Season 4 to release sometime in June, 2020.

While we wait for ‘Claws’ Season 4, check out the season 3 trailer below.