Will There be a Cleo & Cuquin Season 3? 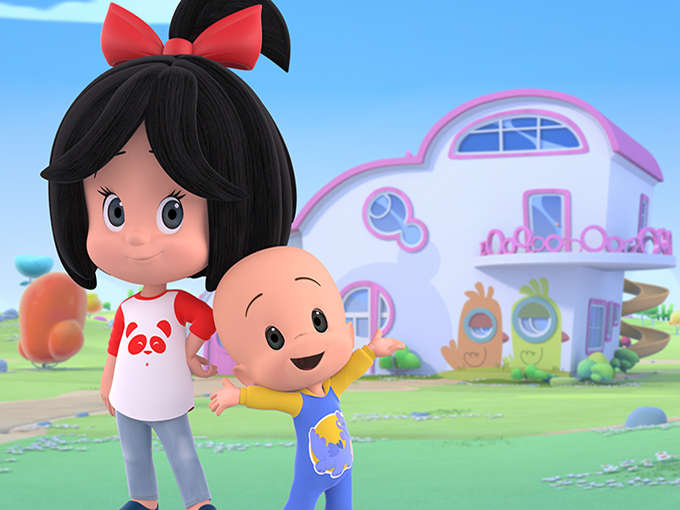 ‘Cleo and Cuquin’ is a Spanish animated series, aimed toward preschoolers, which follows the adventures of six siblings — including the eldest Cleo and the youngest, a baby named Cuquin. The episodes usually revolve around this dynamic bunch of kids who help each other through tackling small disappointments, sorting out problems, and participating in mini-adventures in and around their home. Lending a cute look into sibling camaraderie and fostering the feeling of cooperation between brothers and sisters, ‘Cleo and Cuquin’ is an engaging watch for children. It has already spawned two successful seasons and here is what we know about its next edition.

‘Cleo and Cuquin’ season 2 premiered on July 1, 2020, on Netflix, in all its entirety of 26 episodes. The brightly animated show gives its teeny fans lessons on cohesive sibling relationships, coupled with good doses of humor. It also teaches how to solve kid-size messes and reiterates the importance of model behavior in youngsters. And when a story combines entertainment with learning, it makes for wholesome television. This is the sole reason why ‘Cleo and Cuquin’ has spanned 78 remarkable episodes and we are sure that we will see many more tales, revolving around its tiny characters. Once the creators give the third edition a go-ahead, we can expect ‘Cleo and Cuquin’ season 3 to release sometime in 2021.

Cleo And Cuquin Season 3 Cast: Who Can be in it?

Hayley Maki voices Cleo, the eldest sibling who is eight years old. Cleo has a vivid imagination and she loves playing while turning each adventure into a learning lesson. In each episode, she gives some valuable insights after the story — as to how the experience will affect her future. In her role-playing games, mostly invented by her, Cleo guides viewers in exploring themselves, knowing about their talents, and giving wings to one’s hopes and dreams. Joining Hayley is Ruben Ray, the voiceover artist for the youngest sibling Cuquin — a baby, who is only one year old. The adorable toddler is extremely active and there is not a second for which he can stay still.

Kenna Pickard is Colitas, the second-youngest from the lot and she is still learning to frame words. The three-year-old girl loves nature and is filled with empathy for everyone and everything. The family artist, Pelusin, is voiced by Hunter Maki. Extremely sensitive and creative, Pelusin is five years old. Savannah Beattie voices Maripi, the six-year-old sister, who is a stickler for cleanliness, loves theatrics, and wants attention. Rounding up the lead cast is Austin Nash Chase, voicing Tete, the genius bookworm, who does not shy away from being a show-off. Tete is seven years old and is quite wise for his age. Season 3 should see the entire lead voice cast reprising their original characters.