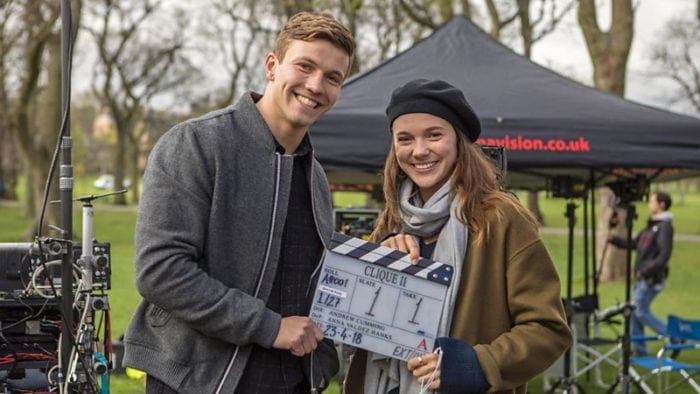 ‘Clique’ is a British thriller web television series that was initially released on BBC Three under the channel’s online-only series schedule. Later, it was released on BBC One, and has been praised for its engrossing, dark, and mysterious storyline, as well as its multi-layered characters.

Created by ‘Skins’ writer Jess Brittain, the show first made its way to viewers’ screens on March 5, 2017, and the six-part Season 1 came to a conclusion five weeks later on April 9, 2017. After the show received praise, it was renewed for a six-part Season 2 in January 2018. Following an excruciating wait for fans, Season 2 released on November 10, 2018, seeing its conclusion on December 15, 2018. Season 2 of the show received even more praise than Season 1, being hailed for its portrayal of and insights into sensitive issues like the #MeToo movement, far-right politics, toxic masculinity, feminism, and microaggressions. Understandably, Season 2, by wading into controversial territory, has created even more of a splash among its viewers, and fans are now eagerly awaiting news on Season 3.

Clique Cast: Who’s in it?

The cast of ‘Clique’ is led by Synnove Karlsen, who plays the role of the main protagonist, Holly McStay, a 19-year-old sensitive and self-assured student with a mysterious, dark past. Rachel Hurd-Wood, meanwhile, plays the role of the other protagonist, Rachel Maddox, who is an expert at reading people, and gels well with Holly. Apart from the two protagonists, Sophia Brown and Ella-Rae Smith play the supporting roles of students Louise “Lou” Taggart and Phoenix Parker-Fox.

The other cast members in the show differ from season to season, and in Season 2, we see the introductions of Leo Suter as Jack Yorke, Nicholas Nunn as Calum McGowan, Barney Harris as Barney Bowen, and Jyuddah Jaymes as Aubrey Richardson – all four are part of a male clique led by Jack. The male clique apart, Season 2 also sees the introductions of Imogen King as Rayna and Stuart Campbell as Fraser. Both girls star as Holly’s housemates who have important roles to play in the show’s narrative.

Clique Plot: What is it about?

‘Clique’ follows Holly and her best friend Georgia (played by Aisling Franciosi) as they enroll in a fictional university in Edinburgh. As Holly and Georgia look ahead to having the best years of their life at university, things get complicated when Georgia gets drawn into an infamous clique of young, alluring alpha girls. While Holly is left bamboozled by Georgia’s entry into the clique, she starts suspecting that something is amiss after Georgia starts behaving erratically. Alarmed by the massive transformation in the behavior of her best friend, Holly reluctantly follows Georgia and joins the clique. Once she enters, she is thrown into a world of lavish parties populated by rich elites. However, Holly soon starts to uncover the corrupt base beneath all the luxury and glamor, and her quest for truth leads to danger for both herself and Georgia. Amid all this, her own dark past also threatens to resurface.

Season 2, meanwhile, follows Holly in her second year of university. Owing to her exploits in her first year, the season sees Holly being somewhat of a famous personality on campus. In her second year, Holly encounters a mysterious male friendship group led by the charismatic Jack Yorke, who, incidentally has been accused of sexual assault. As the series progresses, we find Holly get increasingly immersed in a campus-wide scandal as she again struggles to uncover the truth and do what’s right. Yet, Holly’s efforts at uncovering the truth are hardly simple, and her journey gets dangerous as things take a dark turn.

In terms of reception, the show enjoys a rating of 7/10 on IMDb.

Clique Season 3 Release Date: When will it premiere?

‘Clique’ Season 2 premiered on November 10, 2018. Owing to the psychological nature of ‘Clique’ and its dark, mysterious characters, it can safely be said that the show is binge-worthy. Understandably, it has created its own fan base, particularly in Britain, and fans are now clamoring for a third series. Unfortunately, BBC has made no announcement about whether the show will make a return for yet another series, but considering the heads ‘Clique’ has already turned, we see no reason as to why it should not be renewed. While we cannot predict anything in concrete terms, we think that the BBC does have a future for ‘Clique’ in mind.

That said, it’s quite difficult to predict when Season 3 will release if it is renewed. Season 1 aired from March-April 2017, and Season 2 aired from November-December 2018, so there really is no pattern. Our best guess is that the Season 3 might release sometime in March 2020. We will update the section with news about the production and release date of Season 3, if and when reliable information on the same surfaces. So, do stay tuned.

You can check out the trailer for ‘Clique’ below to refresh your memory of the show. If you have not seen it, we urge you to check the show out.