Will There be a Marvel’s Cloak and Dagger Season 3? 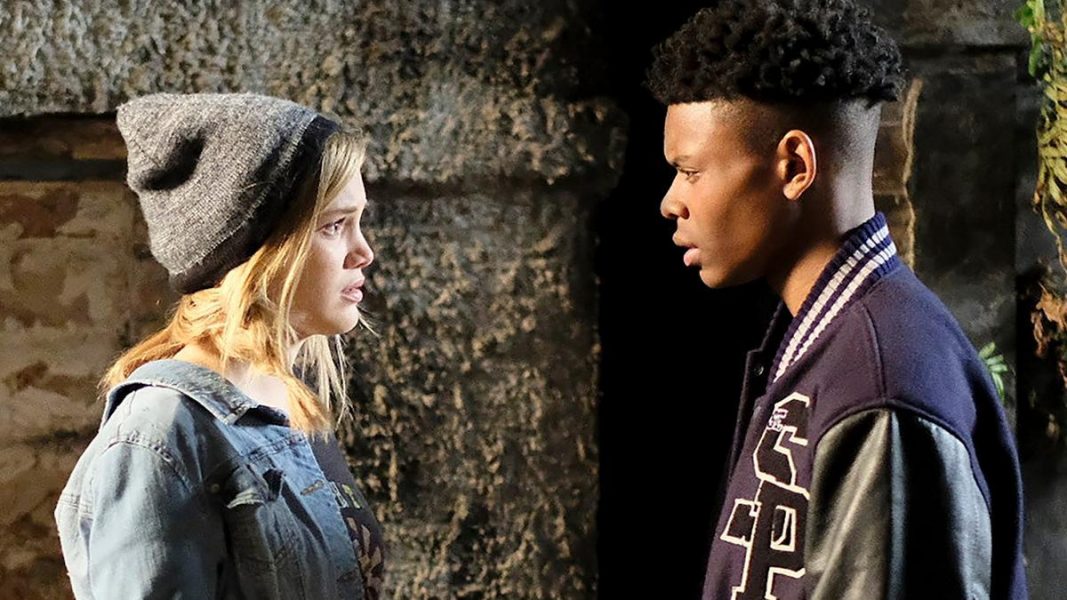 Presented by Marvel as a superhero sci-fi teenage drama action-adventure, the TV series ‘Marvel’s Cloak & Dagger’ has been created by Joe Pokaski, based on the ‘Cloak and Dagger’ comics by Bill Mantlo and Ed Hannigan. The series is set within the Marvel Cinematic Universe or MCU and shares continuity with the films and other shows within this universe.

The series originally premiered on Freeform on June 7, 2018. The show revolves around two teenagers coming from different backgrounds, who have attained superpowers after an event that changed their life. As they move ahead in their relationship, they realize that their powers get intensified on having each other by their sides, but it also makes their already complex world even more adventurous. The show is also a story of romance as the heroes begin to fall for each other.

Marvel’s universe is a vast and intricate one and ever since the MCU began to make waves, the franchise has only expanded its content both in films and television shows. We have had some fantastic content from Marvel, be it ‘Daredevil, ‘Punisher‘, ‘Jessica Jones‘ or ‘Agents of SHIELD‘. This series is just another addition to the impressive empire that exists. As a result, the show has managed to draw quite a large fan base, not just because it is a Marvel series, but also because it is set within the same universe, which obviously opens it up to the possibility of being linked to other Marvel movies or shows.

Apart from having a strong fan base, critics too have lauded the show, saying, “Cloak & Dagger blends soapy drama with superhero grit to create an exciting, surprisingly thoughtful addition to the genre — even if it falls prey to a certain amount of narrative bloat.”

The series has spanned two remarkable seasons to date. So the next question is, will there be a ‘Marvel’s Cloak & Dagger’ Season 3? Well, read on to know.

Now, as far as the next season goes, here’s the thing: Freeform has pulled the plug on ‘Cloak & Dagger’ after just two seasons. This is because Jeph Loeb will be stepping down from his post as the head of Marvel TV and hence, all the shows under his purview are being scrapped. Marvel is now gearing up on concentrating its efforts on launching new titles on the Disney+ streaming service, including ‘The Falcon’ and the ‘Winter Soldier’.

Freeform confirmed the cancellation in a statement, saying, “We are so proud of Marvel’s Cloak & Dagger and the trailblazing stories this series told. We are also grateful to our incredible talent Oliva Holt and Aubrey Joseph for bringing these beloved characters to life, and showrunner Joe Pokaski for his vision. We’d like to thank our partners at Marvel Television for a wonderful two seasons, and we are hopeful that we can find another project together.”

So, there you go! ‘Marvel’s Cloak & Dagger’ Season 3 stands officially cancelled on Freeform.

Marvel’s Cloak & Dagger Cast: Who is in it?

The series ‘Cloak & Dagger’ involves quite a vast star cast. The main cast involves Olivia Holt, who plays the role of Tandy Bowen or Dagger. Bowen can emit light daggers and is connected to Tyrone Johnson through a childhood tragedy. She is shown as a cynical person with superpowers.

Aubrey Joseph appears in the role of Tyrone Johnson or Cloak. He can engulf others in darkness and transport them through something called the Darkforce Dimension. He also has the ability to witness the fear of others.

Gloria Reuben plays Adina Johnson, Tyrone’s mother who wants her son to have a good life, while Andrea Roth plays Melissa Bowen, Tandy’s mother who is addicted to drugs and alcohol, and is yet optimistic. J. D. Evermore is seen in the role of James Connors, an intimidating detective on the vice squad of the police force who happens to harbor a secret.

Miles Mussenden is seen in the character of Otis Johnson, Tyrone’s father. Carl Lundstedt plays Liam Walsh, Tandy’s ex-boyfriend and her partner in crime, Emma Lahana is seen as Brigid O’Reilly, a detective with hardened senses. She later plays the vigilante Mayhem as well, and Jaime Zevallos is seen in the role of Francis Delgado, a priest.

Marvel’s Cloak & Dagger Plot: What it is about?

The story of the series, ‘Cloak & Dagger’, revolves around two unlikely friends, Cloak and Dagger. The destruction of an oil rig situated in New Orleans, owned by Roxxon causes the two teenagers to get closer to each other. Both of them come from very different backgrounds with Dagger belonging from a wealthy family whereas, Cloak coming from Boston and having a speech disorder.

Both the runaway teenagers get targeted on the streets of New York by drug cartels, and that’s when the events help them form an incredible bond with each other, but this relationship doesn’t solve problems for them and instead, make things even more challenging. Fighting crime while being in a relationship with your superhero partner is no small feat, and we have seen plenty of comic marriages not work out as well.

Moreover, mixing the personal and professional lives just complicates things but it is hard not to root for Cloak and Dagger. Show’s creator Pokaski speaks about this, saying, the show is about “more about finding your best friend. If Buffy was about ‘Nobody understands me,’ this show is about ‘There’s exactly one person who understands me.'”

Variety sums up the show perfectly, saying, “And in a gutsy move for weekly teen television — which lives and dies by an audience’s rapidly narrowing attention span — “Cloak & Dagger” doesn’t rush itself. This isn’t to say that the show takes the Netflix route of dragging out a pilot’s worth of material across an entire season; the pilot itself is plenty eventful on its own. It’s more that the show is careful to flesh Tyrone and Tandy out individually, to make sure neither’s storyline depends on the other — unlike, as it turns out, the confusing new powers they only discover once they meet again.”

In season 2, Tyrone and Tandy tackle the evil antagonist named Andre Deschaine, who kidnaps teen girls and eventually wants to become an all-powerful god. The pair manages to take him down in the finale, after which they decide to take their vigilante tactics on-road. Tyrone and Tandy then have a face-off during a crossover with the heroes of the third and final season of Hulu’s Runaways.

You can check out the trailer for Season 2 below. If you have not seen the series, you are missing out on good Marvel content and we suggest you give it a watch.