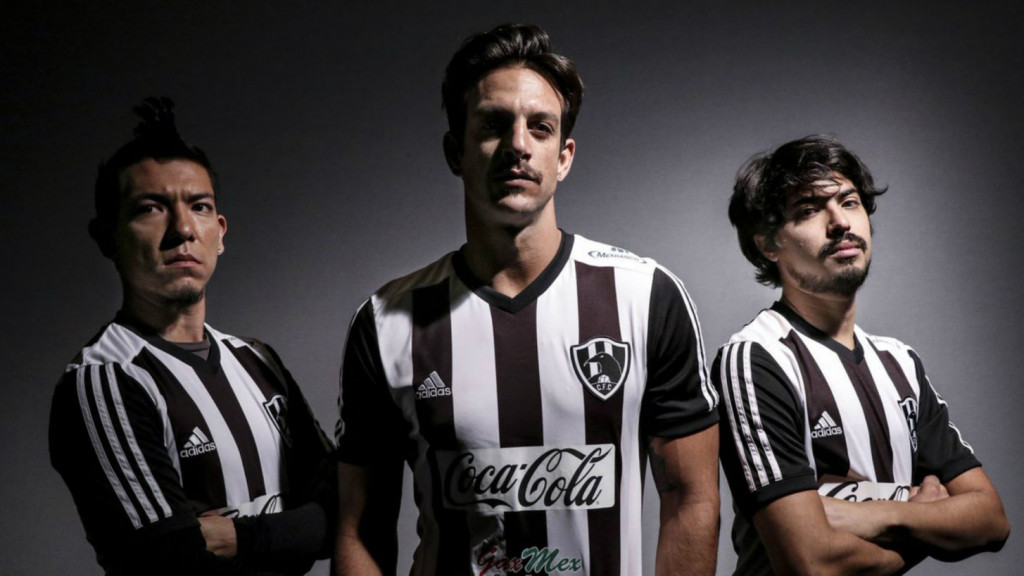 Club de Cuervos or Club of Crows is an explicit and irreverent, but very funny sports comedy. This Netflix Original series is an adult-oriented series in Spanish, with English subtitles, and is sure to be a real treat for hard-core soccer fans who enjoy the unbelievable drama of owning, running, and being a part of any kind of a sports team. It is a saga of the incredible respect that runs through every aspect of a sport. It is an ode to the grounds and matches, team colours and coaches, the science behind the sport,  the fans who carry the spirits so high, and a ringing endorsement of those who score goals and prevent them.  The show originally premiered on August 7, 2015 on Netflix as the channel’s first Spanish-language Original.

Club de Cuervosis a Mexican comedy cum drama produced by Gary Alazraki and Michael Lam. A joint effort of Mexican as well as American writers, the series been received well and praised for its originality. This sports drama comedy focuses on Cuervos FC, a football team in crisis when two siblings fight for control after the death of its owner. The brother who is chosen to be the man in control quickly proves to be an incapable leader and decision-maker who manages to antagonise both the Vice President and the Coach of the club. The series also explores intra-team relationships and the impact his decisions have on them.

Club de Cuervos stars Luis Gerardo Méndez as Salvador “Chava” Iglesias Jr who is elected to take over the club after his father’s death. Mariana Treviño is Isabel Iglesias-Reina, the half-sister who is far more experienced and capable but not even considered for the running since she is a woman. Other cast members include Stephanie Cayo as Mary Luz Solari, the father’s ex-girlfriend who says she is pregnant with his child, thus laying possible claim to one-third of both the team as well as the family’s inheritance. Daniel Giménez Cacho is Felix Domingo, Vice President, and Ianis Guerrero and Antonio de la Vega are some of the prime players.

Club de Cuervos Plot: What is it about?

Club de Cuervos is primarily about respect for the sport and in general. But, Salvador Iglesias Jr doesn’t seem to have any respect for anything and does not seem able to garner any either. The new, hastily elected, president of the Football Club faces universal disdain. He is neither qualified, nor experienced, nor steady, and acts impetuously like a man-child forced into his father’s too big shoes. The fictional Mexican city where the series is set is significantly less known and important than the local football club, which means that the club is huge news for the town and the club owner’s death and the ensuing bitter rivalry between the siblings creates ripples in local life too. Isabel is clearly far more qualified and competent. She also understands both sport and administration very well but loses out on the job because toxic masculinity cannot put a woman in a position of such power.

The show almost seems to spoof the telenovela, although you soon find that each exaggerated character is far more than just a character type, and they surprise and delight the audience. Chava is a true fool; reckless, bumbling, desperate, but somehow true to life. He is an incompetent child who resorts to motivational quotes when in doubt. He does want to earn respect, and break out of his public and much-maligned persona, but seems not to have the first clue of how to achieve it. The team, the crows, are also truly delightful. The show, Club De Cuervos spends time on the field and locker room, so that the viewer becomes closely and intimately acquainted with the players and each individuals struggle and back story. The football related cinematography is authentic, and the passion and the agony of the fans is so real, it almost leaps off the screen. The desperate human need for heroes, plays out in painful ways, for example when a long time player encounters an empty stadium, heartbreakingly, for his retirement game, since it doesn’t affect league standings, and so no one cares to come.

Club De Cuervos blends such moments of heartbreak and agony with wild laughs and dramatic twists. The show presents outrageous or absurd situations while the siblings war on for control, complicated by the possibility of a third heir.

Season 4 of Club de Cuervos premiered on Netflix on January 25, 2019. Unfortunately for fans, the series has been discontinued after 4 seasons and will not be making a comeback for season 5. There is a possibility of spinoffs for Club de Cuervos or even prequels, but that does not seem to be actually in the process of development. The chance that Netflix might be willing to experiment with expanding the franchise exists but in the meantime, there is no such confirmation by the streaming giant.

Luis Gerardo Méndez (Chava in the series) posted the news on Instagram, “Four years ago, we received a call from Netflix. They wanted us to do a the first original series on the platform for a local audience… that’s where this trip started. It has been four years of deep learning, laughter, sweat and tears. New friends and an extraordinary team of actors and creatives. Four years of receiving special love from many corners of the world. Four years of our lives left in Nuevo Toledo.

“Thank you very much to all. Today we say goodbye because we believe that there is nothing better than closing this story at its highest peak and doing honor to the story, without stretching the league. The Netflix experiment that began four years ago with #ClubDeCuervos has been transformed into 35 local series and many more in development worldwide. Thanks to all the team that made it possible. THANKS to you for receiving us with so much love.”

Here’s the trailer of the show to refresh your memories. If you want to catch all the previous seasons, head over to Netflix.